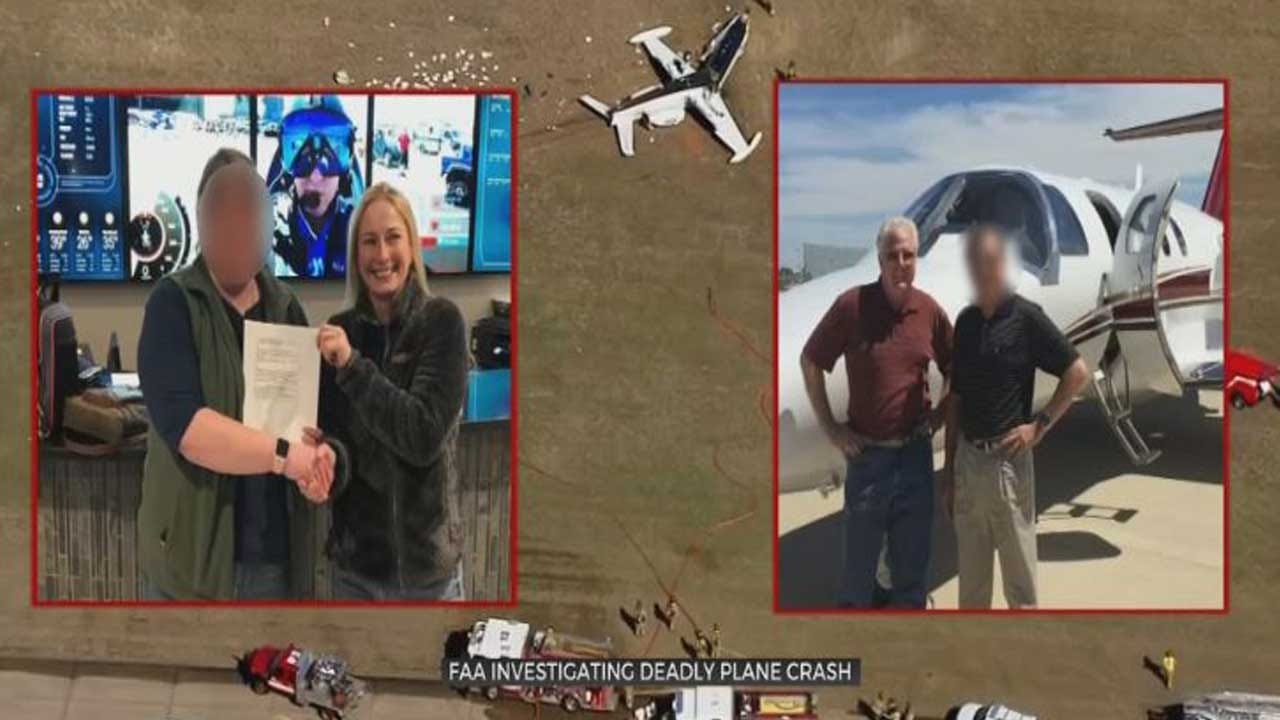 Pilots are sharing memories of their friends after a deadly plane crash killed two flight instructors Monday at Sundance Airport.

Witnesses say the victims were highly trained, leaving questions about how they died.

“This is just too much for us, too close to home,” said Eric “Frenchy” Melon.

The medical examiner confirms the victims were 60-year-old Doug Durning and 43-year-old Britton Lee, a pair of well-respected pilots who knew how to respond to almost any scenario.

“They’re really, really talented, and they’re not the kind of pilots that panic, so something catastrophic happened, and happened so quick,” said Melon.

Melon says Doug was the only man he trusted to work on his plane. That is why he was in town from Pennsylvania, fueling up for his return home.

“I just happened to hear a noise, and I looked, and I saw a jet come in to land,” recalled Melon.

It was a Westwind twin engine, and Melon says mere feet before touching down, there was a roar from the plane, and it tilted straight into the air.

“I saw the angle of attack of that airplane way high, and it was so slow, and then all of a sudden, like slow motion it started just turning and rolling on itself,” said Melon.

Melon did not know at the time that two close friends were at the helm. Neither did News 9’s helicopter pilot Jim Gardner, who was flying overhead when he heard the news.

“They were just great individuals. I’ve flown with both of them, and it’s just a sad day,” said Gardner.

Pilots are questioning what went wrong as former fighter pilot Durning and his co-pilot Lee had a wealth of knowledge between them.

“I went to my hotel, just tried to relax, but I couldn’t do it,” said Melon. “I played it over and over in my head. I was thinking like, is this worth it? We’ve all lost friends, but why do we do what we do? It even crossed my mind to stop flying.”

His thought was fleeting, though. Melon says he will take to the skies once again, with caution and remembrance.

“We’re going to be talking about Doug and Britton for a long time, forever, just part of that pilot in the sky, and we’ll go on.”

“As many now know, Doug Durning and Britton Lee were the 2 pilots lost in yesterday’s tragedy.  Doug and Britton were beloved by many, especially by everyone here at Sundance Airport.  Doug and Britton were highly skilled aviators, and both had decades of experience piloting aircraft.  Most recently, they flew the Westwind corporate style aircraft together for the last 2 years.  We appreciate your continued prayers for the family and all those that have been impacted by this tragic loss. Currently the NTSB investigation remains active.  Sundance airport anticipates reopening very soon.”

The NTSB investigation is expected to take months to complete. Only then will we know for sure how this tragedy happened.