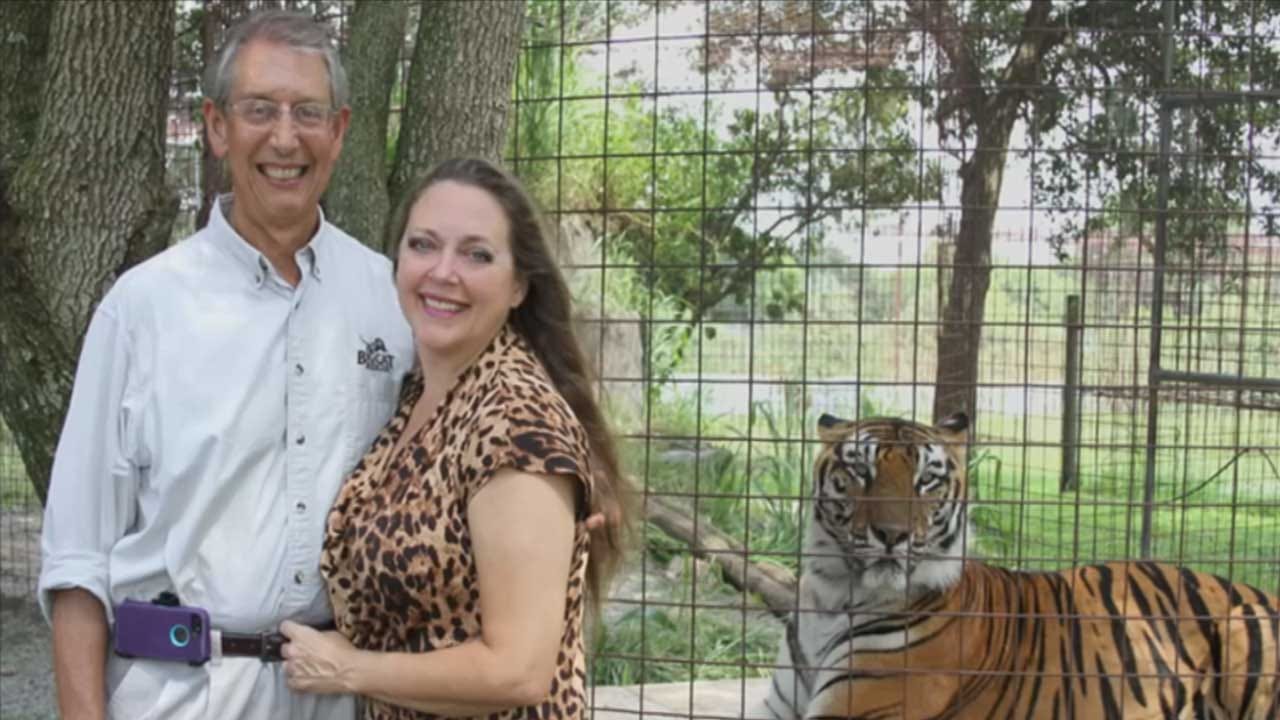 The trial for former zoo owner Joe Exotic has now turned to murder-for-hire. It's underway at the federal courthouse.

Carole Baskin owns Big Cat Animal Rescue in Florida, and according to prosecutors is the focus of a decade-long feud with Joe Exotic.

The evidence of that: the dozen videos and Facebook posts of Joe threatening Baskin that prosecutors showed jurors.

Baskin said, “I felt like my life was in danger.” She said she took the threats seriously and began carrying a gun, installed security cameras at her home and hired security to go with her at events.

Baskin's feud with Joe Exotic began over her adament opposition to cub petting, and she later won a $1 million judgement against Joe Exotic after he changed his name to Big Cat Rescue, the same as Baskin's organization.

On November 8, 2017 Baskin said she was told by law enforcement her life was in danger. In September of 2018, she says she learned Joe Exotic was arrested.

However, during cross examination, Baskin said she didn't remember specifically how often she contacted law enforcement about the threats.

An FBI agent testified, those online threats were not serious enough for them to take action. But when they received information about a murder-for-hire plot, they started investigating.

The FBI agent said through recorded conversations, they gained details of the plot where Joe Exotic planned to sell tiger cubs to pay another man to travel by bus to Florida to kill Baskin.

FBI agents, however, said they learned the day before they planned to arrest Joe Exotic that the deal was not going to happen, and the alleged hitman wasn't going to Florida.

The FBI agent will be back on the stand Wednesday.