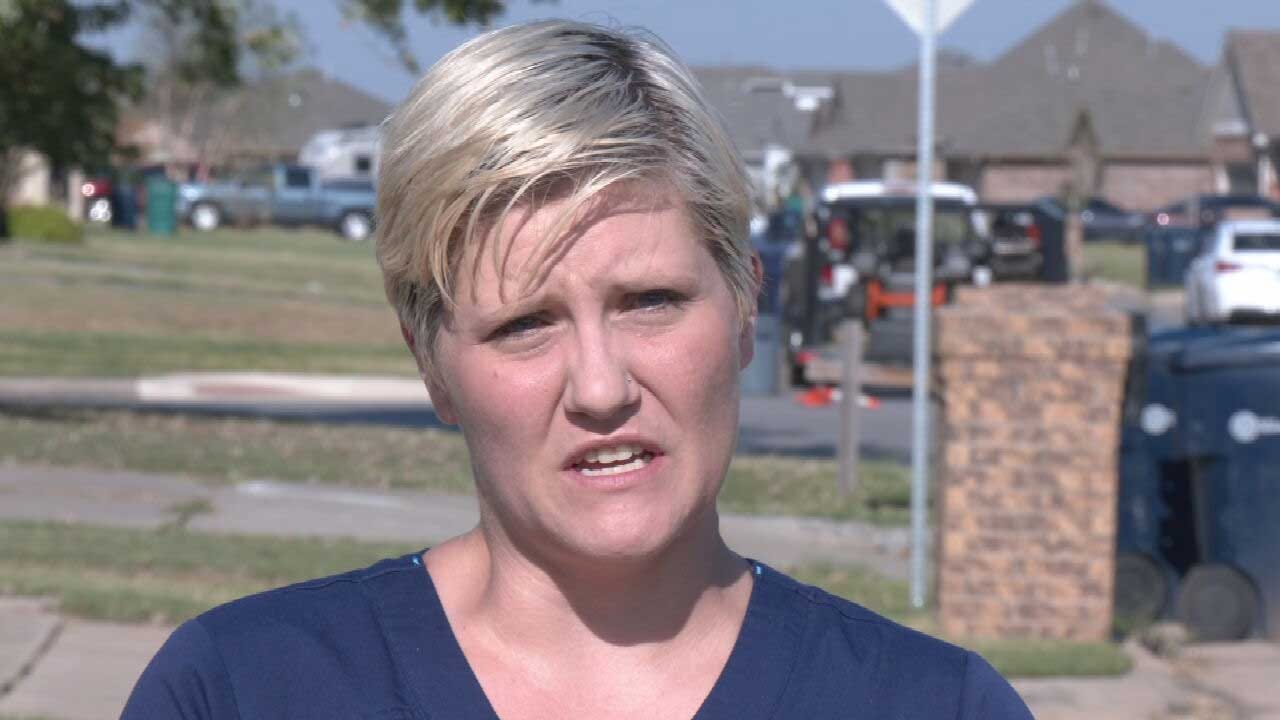 A Moore mother said her daughter was forced to walk over two miles home from school, after forgetting what bus to ride home.

Bethany Jarrett said her daughter Avery Beck, 12, made the trip in extreme heat from Highland West Middle School on the first day of school.

“She was sobbing,” said Jarrett. “She was bright red and sweating through her clothes.”

Jarrett said her daughter visited the school office in an effort to figure out what bus to ride home. Staff allegedly told Beck to either “guess or walk home.”

“I will be the first to admit it’s part of a fail on my part, I forgot to look that up for her and tell her what her bus number was,” said Jarrett. “She should have been able to be helped in the office.”

The “what ifs” is what has Jarrett the most upset.

“A lot of people don't think about sex trafficking, being hit by car and heat stroke,” said Jarrett. “I work in the kids’ emergency room, we see this every day, it is very real to me. These are things that happen, and I am, praise the Lord that did not happen to her.”

Jarrett said her daughter “blanked” when trying to recall her mother’s phone number at the time.

“We have been investigating the situation that occurred yesterday whereas a Highland West Junior High student walked home after school due to not knowing her bus number. We have conducted interviews and pulled video to identify where the confusion occurred and how to prevent this from happening in the future.

The student did seek help at the end of the school day from an employee. However, she did not receive the information needed and then walked home. There were other students in the office who also forgot their bus number, they received the information needed and rode their bus home. Forgetting bus numbers and other information is not abnormal for the first days of school. Highland West intentionally delayed all bus routes by 10-15 minutes yesterday to help students with first day bus numbers/route uncertainty.

Our students and staff are all adjusting to school-day routines, which can be confusing and hectic at times. Ultimately, we provide transportation as a service for the safety of our students and continuously seek ways for improvement. Modifications were made this afternoon to help inform all students of their bus number.”

Jarrett said she’s working on finding another school for her daughter. She allowed her daughter to stay home from school Friday.