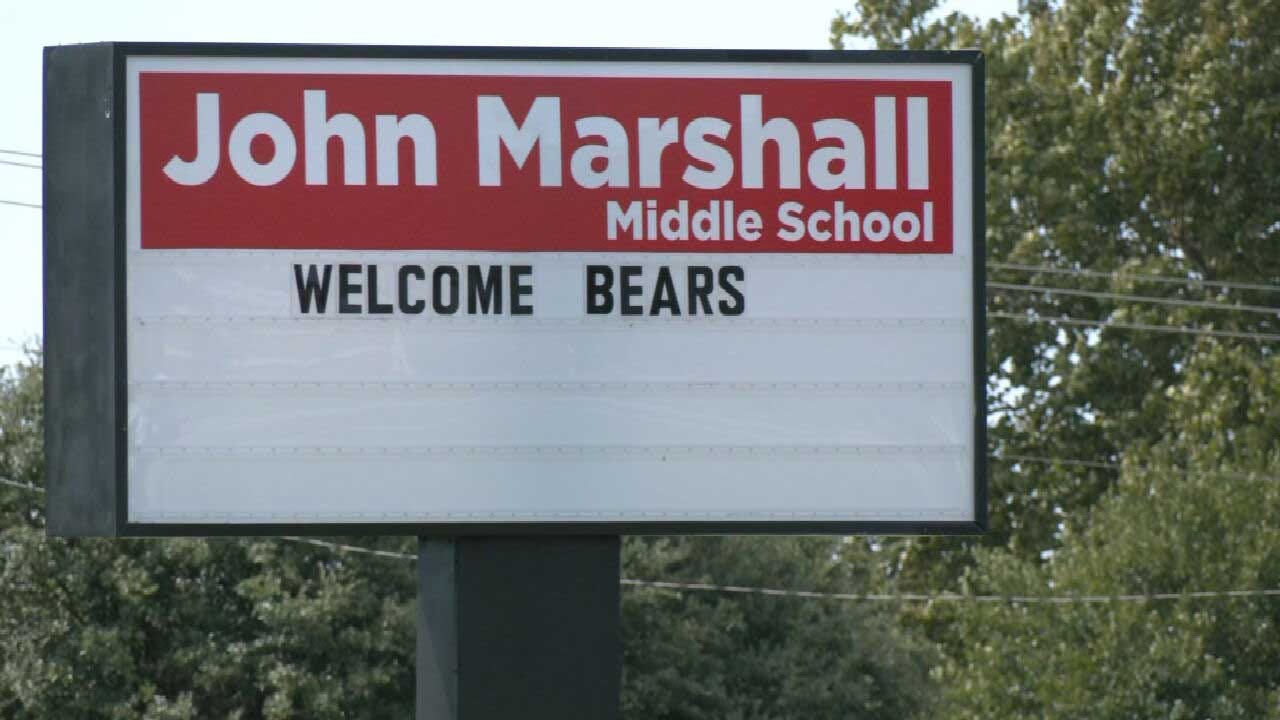 The altercation happened near the end the school day around 3:45 p.m. Wednesday, September 25.

Police and school officials said it started with two 8th graders getting into an altercation. They said the teacher was assaulted when he tried to de-escalate the situation.

News 9 spoke to the teacher involved, who wishes not to be identified, that told a different story.

The teacher said it all started when he noticed a group of students skipping class.

“Maybe 12-15 students just running up and down the hallways, not in class,” the teacher said. “So, I used the in-class intercom to call the office and said, ‘Hey, we need an administrator down here.’”

The teacher said one student physically ran into him and began a physical and verbal altercation, when the unexpected happened.

“(I) got him to his feet, stiffened his arms, and put his head down,” said the teacher. “(I) got into a fighting stance and (the student) headbutted me right in the chin.”

A school resource officer arrived immediately as did the new school principal.

There was no doubt in the teacher’s mind that he would have the student arrested and facing assault and battery charges.

“I think there just needs to be some consequences for their (student) actions when they are not being held accountable, and they know that,” the teacher said. “Now that they know that, the culture has been created within the school where the students know how far I can go, I can go pretty far and not have anything done.”

To address the growing problem of violence within the middle school, in August the OKCPS superintendent added additional resources, including a new principal and adding a third assistant principal to the school.

Changes would also be made to reduce class sizes.

Frustrated, this teacher is not ready to give up just yet.

“The kids that want to come in and learn, I am going to teach them,” the teacher said. “The kids that don't, they're going to have to deal with what life throws at them after that.”

“District leaders were made aware of an incident that occurred yesterday between two 8th grade students at John Marshall Middle School. Although a staff member was injured while trying to deescalate the situation, we are pleased that he is back in his classroom with students today. Per policy, the students involved will be disciplined according to our Student Code of Conduct. As always, the safety and security of OKCPS students and staff is our top priority. Violence of any kind will not be tolerated.”

See Also: 'It Was Madness': A Second John Marshall Teacher Says She Was Injured In Fight