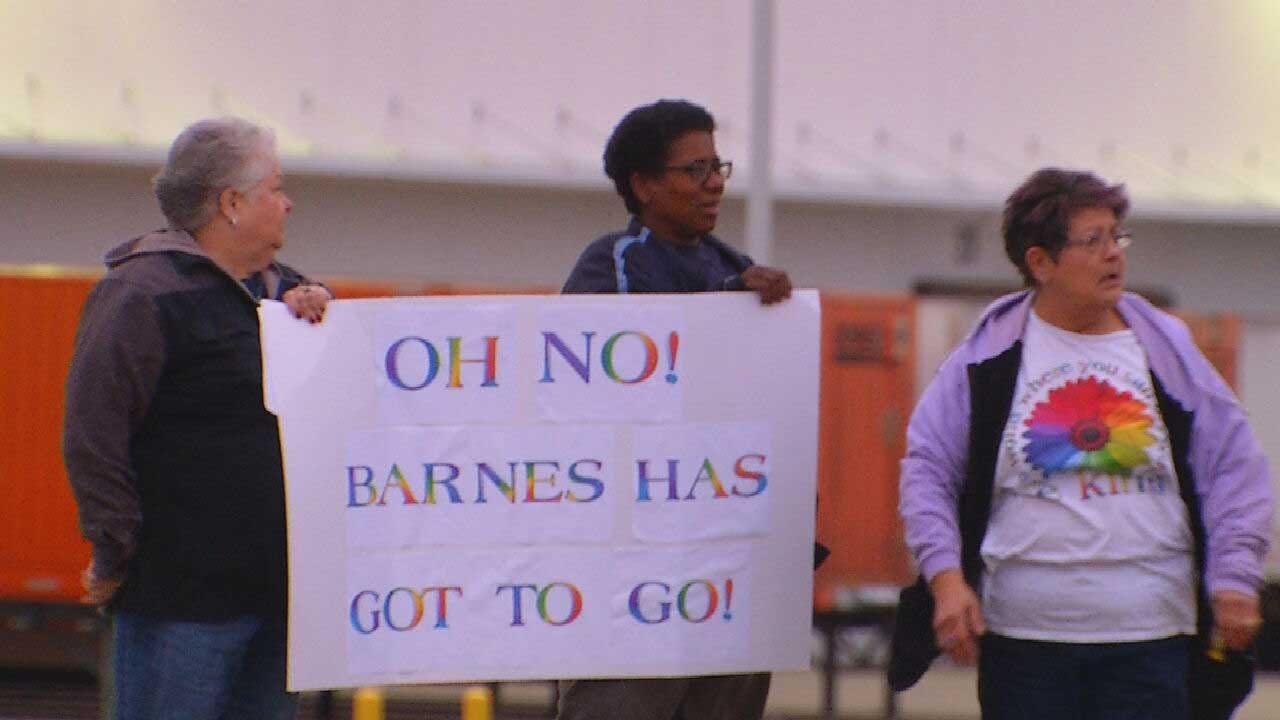 Some Western Heights parents and staff are frustrated. And they let the school board know about their concerns Monday night.

Those who attended not only brought their voices, but a few even armed themselves with signs that displayed their dissatisfaction with the district.

In full force, parents and district employees showed up by the droves.

“Amazing we are one when we stick together, and that's what we need to do, tell our superintendent that we are not going to take any more stuff from him or anybody else,” said substitute teacher Mindy Newman.

Outside the school’s doors, a protest was organized by former bus driver Jan Lankford.

“People in the district are disgusted with the way the superintendent is running the district,” said Lankford.

Newman has been teaching for nearly a year, and she came to the meeting fed up with repeated issues with her paycheck.

“I have concerns when it comes to administration or payroll seems to be really messed up,” said Newman.

She along with others said while there’s a laundry list of issues, the biggest one sits at the top -- drawing a salary many don't feel is justified.

“Ever since we got a new superintendent, things have gone downhill,” said Newman.

“I said something to him at a board meeting a year and a half ago, that the good old boy system is working,” said Wayne Sissions.

Coming to the superintendent's defense was the district’s chief of staff.

“There's a responsibility with this job and these jobs, and I assure you he's worth every penny,” said Western Heights Chief of Staff Jack Herron.

He said change is needed and that Mannix Barnes is doing just that.

“What Mr. Barnes has done up until now I’ve watched him for two months, is change some things that need to be done to straighten out his school,” said Herron.

Monday, the board was supposed to discuss reopening support negotiations for transportation issues. However, it was tabled.