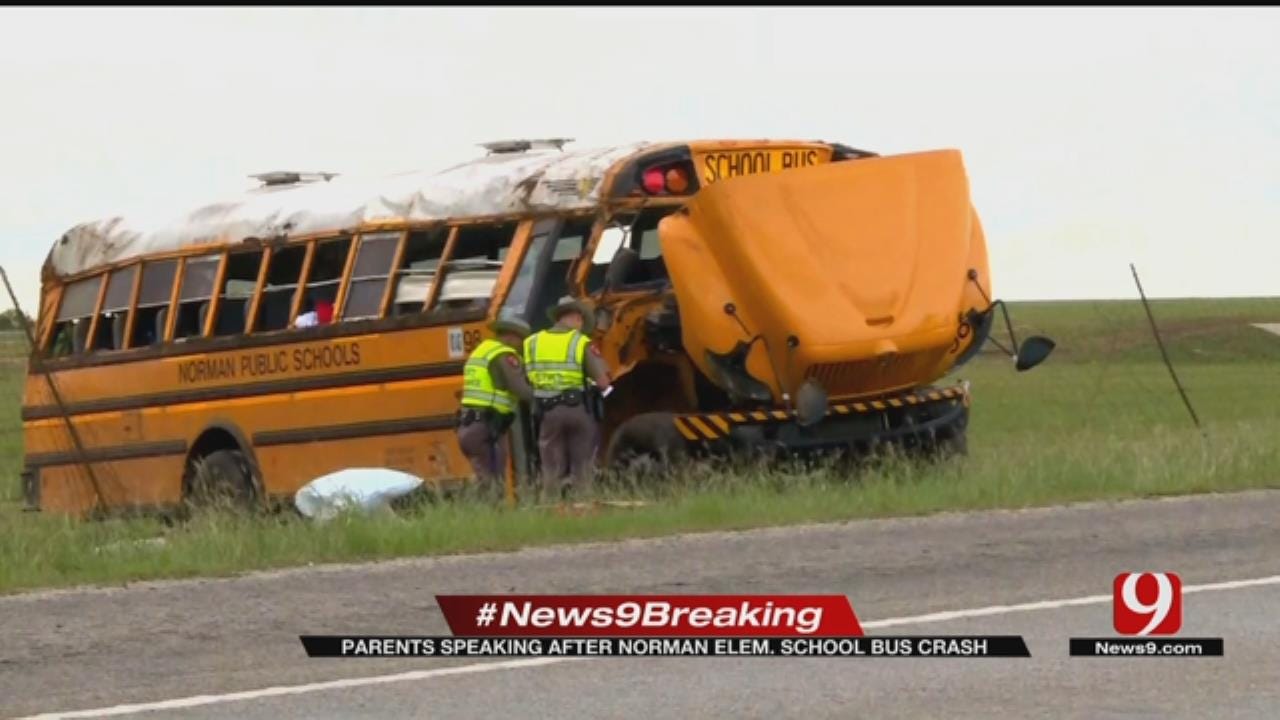 It happened in Southeast Texas near Lampasas.

The students involved were 5th grade girls from Cleveland Elementary on their way to Sea World.

News 9 spoke with a parent who said shes not the only one heading across the state line. But she is thankful she was able to talk to her child moments after the accident.

"They saw their friends get put in an ambulance...they just were holding hands and praying," said Christi Robberson, who's daughter Alina was one of over 25 people on the bus when everything unfolded.

A CBS affiliate in Waco reported that the bus driver lost control.

"She said the only thing she knew was that the bus flipped and they were in an accident," said Robberson.

Alina called her mom right after the accident on a stranger's phone.

"I'm just really proud of the kids. My daughter of course was really upset and I talked to her and a few of her friends," said Robberson.

Thankfully, according to the Norman School District, there are no critical injuries. However, out of precaution, all the students involved were taken to nearby hospitals.

Robberson said her daughter had some cuts and is okay so far, but she did have some nausea.

"I'm assuming it's just nerves but they're keeping her back," said Robberson.

Many parents are rushing to Texas to be with their kids.

"I think we just kind of as Oklahomans just go in that mode of who can we help, and how can we get there and how can we be there for our kids," said Robberson.

It's not just Oklahomans thought. Robberson said the town of Lampasas is taking care of the students.

"I do know the town of Lampasas has really come together and feeding everyone and sending people from the community to just be there with the kids," said Robberson.

She is thankful for the help of others, but she also said she's really proud of the students. "They're strong kids," she said.

There was a second bus carrying the male students on the trip. They were taken to a nearby middle school.

Some students are being taken home on a charter bus, while others are waiting for their parents.