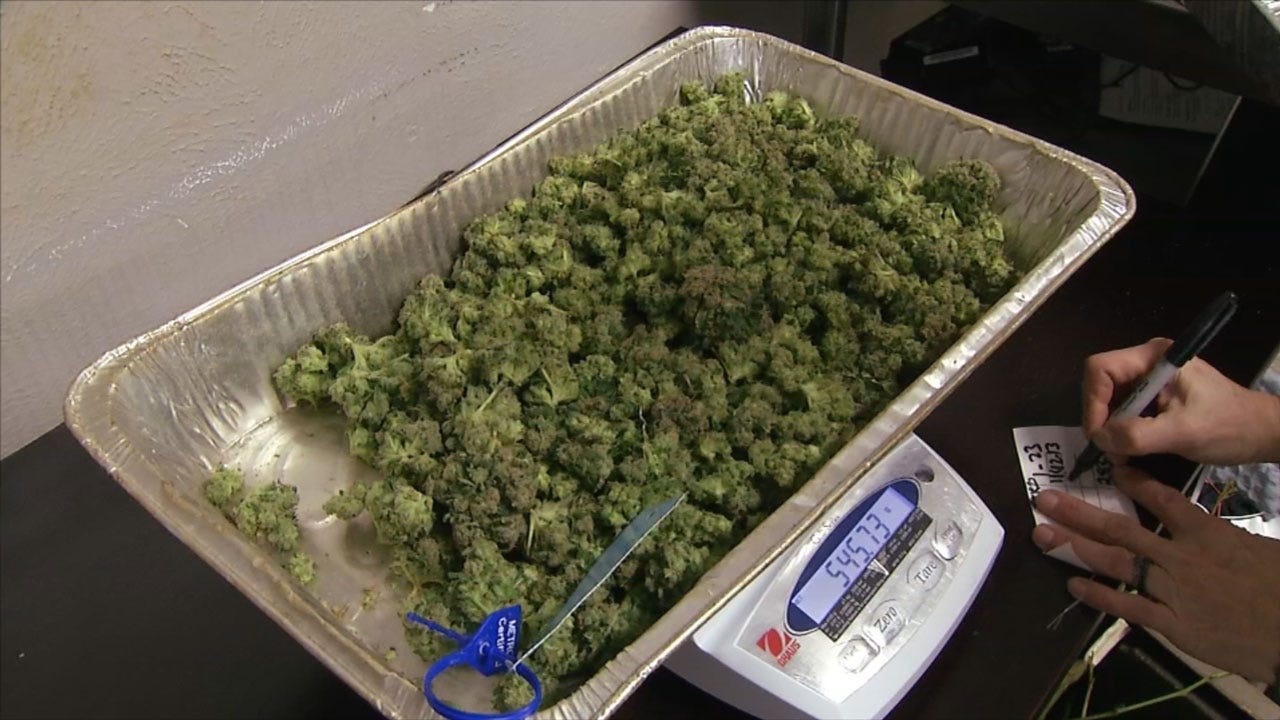 Tuesday Oklahomans will vote on marijuana. Marijuana for "medicinal purposes" according to supporters who wrote State Question 788, opponents argue we’ll be voting on "recreational marijuana."

So, which is true? You'll see just a one paragraph summary of State Question 788 on your ballot, but the initiative is four and a half pages long. So, we’re going to give you the key points, just the facts, so you can decide.

First, who could get medical marijuana? That's what makes this proposal unique compared to the 30 other states that have passed medical marijuana and have restricted it to specific ailments.

Our ballot reads "a license is required for use and possession of marijuana for medicinal purposes and must be approved by an Oklahoma Board Certified Physician." Later it specifically states, "there are no qualifying medical conditions."

It's up to a board-certified doctor to prescribe medical marijuana and if a doctor does so, the proposal says they cannot be quote "unduly stigmatized or harassed."

Applicants for a medical marijuana license must be 18 years old, under 18 requires two doctors signatures and a parent or guardian's.

That license will cost you $100 dollars or $20 if you're on Medicare, Medicaid or Sooner Care. It's good for two years. The license allows you to can carry three ounces of marijuana on you. Experts say that's between 84 and 168 joints worth, depending on how they're rolled. Then at home you can have eight more ounces of marijuana, 72 ounces of edible marijuana products and up to one ounce of concentrated marijuana. You also can grow it. You can have six mature marijuana plants and six seedlings.

SQ 788 also dramatically decreases the punishment for those possessing marijuana without a medical marijuana license. Currently, possessing pot carries a $1,000 fine and up to one year in jail. This would lower the fine to $400 and no jail time for possessing as much as one and a half ounces of pot, if the person states that they have a medical condition.

Right now, it's illegal to sell marijuana in Oklahoma, but obviously if 788 passes, that will change with few restrictions on where it can be sold. Under the proposal, a medical marijuana retail establishment must be at least 1,000 feet away from a school.

And further the proposal states that "no city or local municipality may unduly change or restrict zoning laws to prevent the opening of a retail marijuana establishment."

If it becomes law, this will move quickly. The proposal requires the health department to make an application available on their website within 30 days. Ultimately, it would be required to accept or deny applications within two weeks of receiving them.

These are only the main points of SQ 788. You can vote on this issue on Tuesday, June 26.