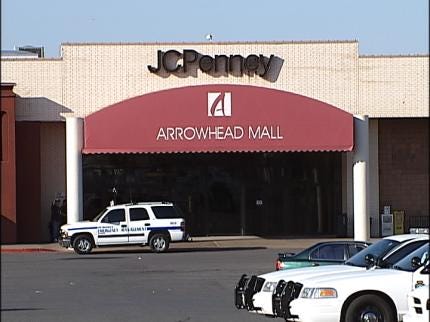 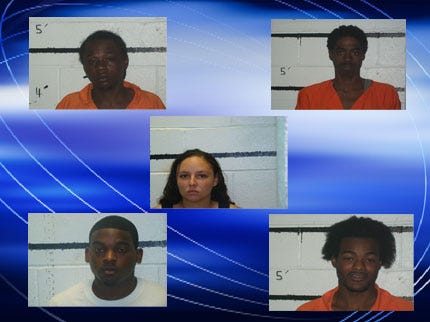 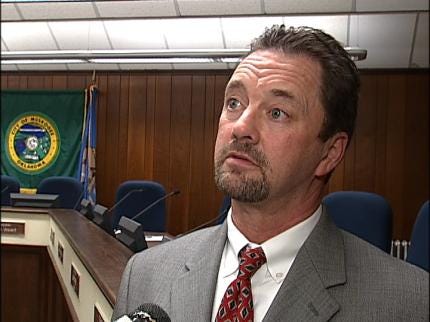 By Jeffrey Smith, The News On 6

MUSKOGEE, OK -- More people have been arrested in connection with Saturday's deadly shooting at Arrowhead Mall in Muskogee. That brings the total number of arrests to five.

The Muskogee County District Attorney has been poring over the evidence from the shooting. He says at this point, the evidence shows that there was only one shooter, Michael Mayberry, 16.

Mayberry is in jail on one complaint of first-degree murder and five complaints of shooting with intent to kill. He also has a warrant for assault with a deadly weapon for a gang drive-by shooting on April 3rd.

D.A. Larry Moore says he will prosecute Mayberry as an adult. Police say the shooting was also a gang crime.

The two other men in the mall with Mayberry appear to be teenagers, Anton Nelson and Dondray Fowler. Both were arrested on one complaint of accessory to murder and five complaints of shooting with intent to kill.

Two more people, Tenesha Nunley and Augusta Parker, were arrested Tuesday afternoon. The D.A. says those two helped hide the other suspects. They were arrested on complaints of harboring a fugitive.

"I think what's upset the public is that they chose to take their fight, so to speak, to such a public place, and shoot and injure individuals that had nothing to do with either side of this matter," said Muskogee County D.A. Larry Moore.

Daniel Anderson was the sixth person arrested. He was picked up not for any involvement in the mall shooting, but for participating in a gang drive-by shooting in early April.

The mayor of Muskogee says it's time for residents to come back to the mall.

"Don't let them win. If we stay at home, if we stay in fear, we let them win. Our city is stronger than their hate," said Muskogee Mayor Tyler Hammons.

District Attorney Larry Moore tells The News On 6 formal charges for all six suspects could come on Wednesday.