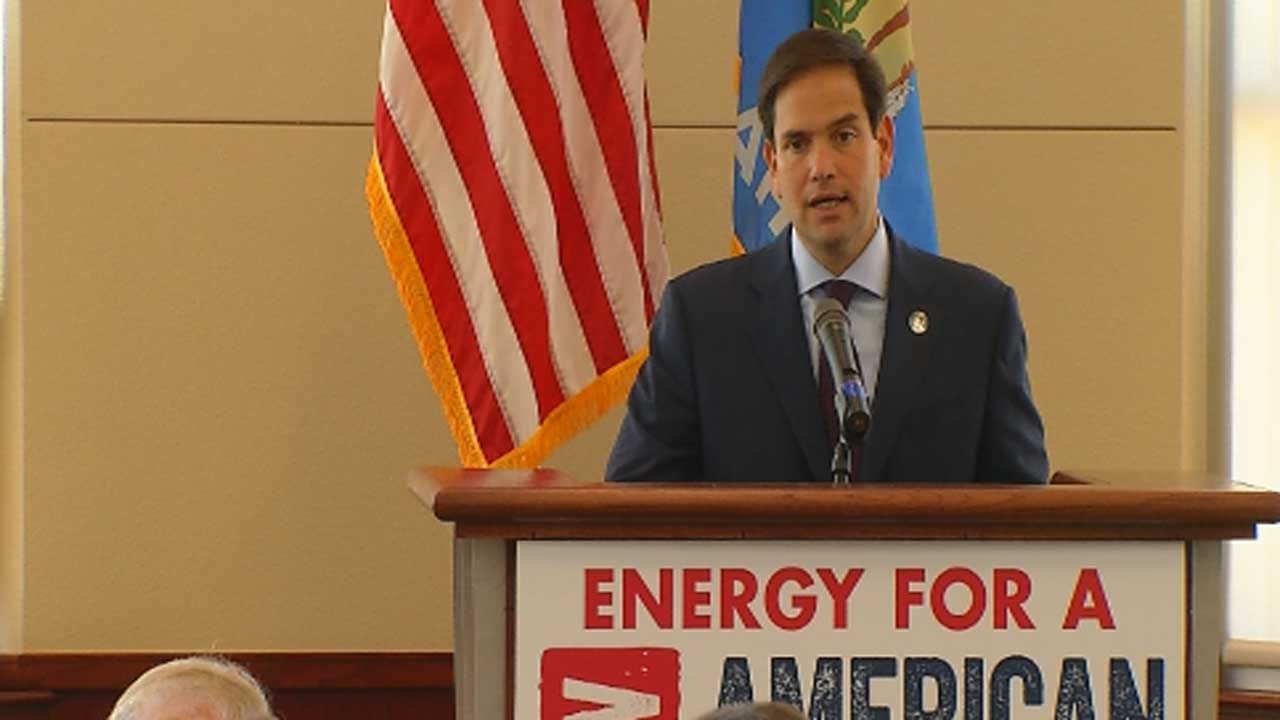 Sen. Rubio, who was at 7 percent in the most recent national GOP poll, spoke to several dozen of the state's oil and gas industry leaders at the Oklahoma Independent Petroleum Association's downtown headquarters.

As far removed from the oil patch as the Miami, Florida native might seem, Rubio seemed to connect with the partisan crowd, striking the right notes of national, state, and industry pride.

"Oklahoma is proof--" Sen. Rubio stated, "proof of the ability of states to achieve their own energy potential."

Rubio was, largely, preaching to the choir as he discussed his belief that the best thing the federal government can do for the energy industry, essentially, is to leave it alone.

"State and local governments are far better equipped than Washington is," Rubio exclaimed, "to oversee energy production, while balancing it with environmental concerns."

Not surprisingly, the message was well-received.

"I'm impressed with what he had to say," said Mike Terry, President of OIPA.

Rubio is not the first of the current batch of GOP Presidential candidates to take his energy talking points before OIPA's influential members. Texas Senator Ted Cruz addressed the group last month, while Wisconsin Governor Scott Walker met with them in July.

But Terry says Rubio's speech contained more detail. For example, how he would stop the EPA's Clean Power Plan and also maintain the industry's tax subsidies.

"I was really happy to hear him talk about some of those specifics," said Terry.

But nothing made those in attendance happier than to hear Rubio say his first action as President would be to lift the ban on crude oil exports, if that hasn’t already happened.

"Lifting the crude oil export ban," Rubio explained, "will be an immediate boon to our economy -- it will create literally hundreds of thousands of jobs here in America, and it will promote growth across every industry."

Industry executives say lifting the ban could also make America a net energy exporter and would bode well for the future.

"To hear that he's permanently behind that," said Zane Woods, founder and CEO of ZZW Global, an oilfield services company, "is definitely a win for me; it's something that's important."