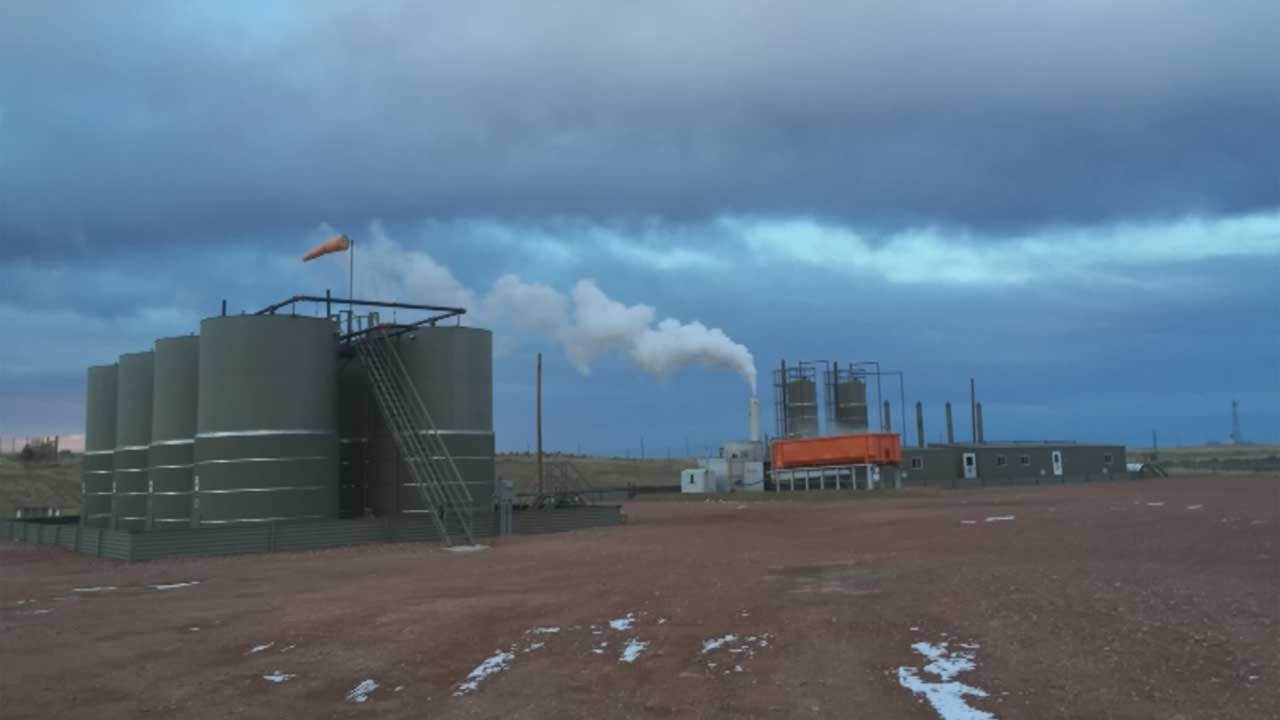 The controversy surrounding waste water injection wells and earthquakes has grown with each big rattle.

While the state has shut some of the wells down, an Oklahoma City company says it has new technology that can get rid of the water before it's trucked off and injected elsewhere.

After more than five years of research and development, Logic Energy Solutions said its technology is ready for the field.

Logic Energy Solutions, headquartered in Oklahoma City, does not try to treat or desalinate water created when oil and gas are taken from earth.

Instead, it evaporates the water.

“What we do is we light a flame under the water,” said Logic Energy Solutions president David Hill. “It meets a huge demand."

The equipment, including evaporators, is used at the site of the well and is powered by the gas produced at the well.

Hill said clean water vapor is released and salt cakes that may contain calcium, magnesium or other minerals are left behind.

Hill said the salt cakes are safe for a landfill, but can also be recycled.

Waste water from energy production is a such a concern, Gov. Mary Fallin formed a task force to find better ways to recycle or reuse the water.

“You can take the worst water imaginable and turn it into water you’d put in your baby’s bottle, the issue is the cost involved in getting that done,” said J.D. Strong with the OK Water Resources Board. Strong chairs the governor’s group.

But Logic Energy Solutions maintains their unique approach is affordable, hyper-efficient, and unlike injection wells, would have no link to the next quake.

“We are happy to talk with energy producers about an alternative,” Hill said.