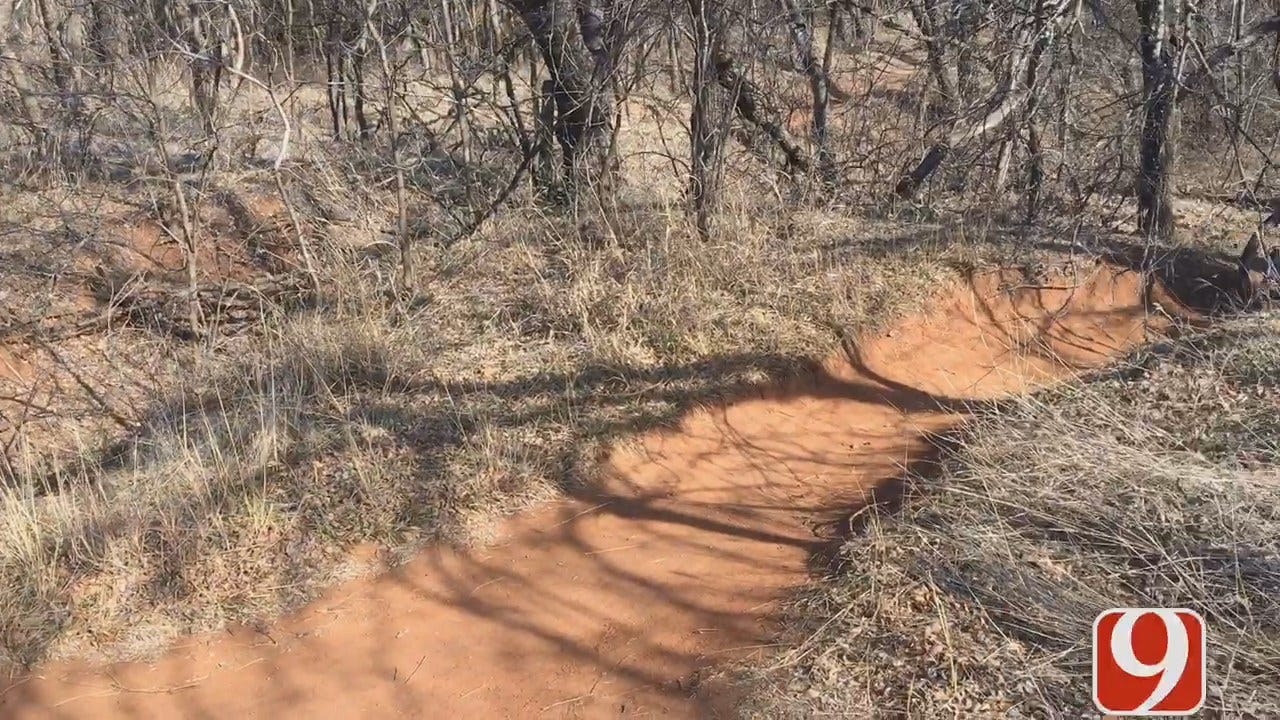 New rules at a popular Oklahoma City park has runners and mountain bikers upset. Due to safety concerns, the city decided to ban pedestrians from the dirt trails at Bluff Creek Park.

OKC’s Parks and Recreation department tells News 9 it will start posting signs in a couple weeks. The change was implemented after the city posed a survey on Facebook asking runners and mountain bikers about their experience on the dirt trails.

“From that survey, we did find out people had had accidents out here,” said Parks and Recreation Spokesperson Jennifer McClintock.

Once signs are posted in a couple weeks, pedestrians, dogs and the use of earbuds will be banned from the dirt trails. But there's a push to change the minds of city leaders.

The Facebook site, “Keep OKC Parks Free and Open to All” now has over 600 members.

“The nuclear option was selected and they decided to close the trails to pedestrians,” said Mike Sullivan, an avid runner who started the Facebook page.

“I think the process got rushed,” said Taegan Malone, the President of the OKlahoma Earthbike Fellowship. The non-profit organization helps maintain the dirt trails at Bluff Creek.

Malone thinks the city should have given her organization a bigger voice in the rule change process.

“They could have asked us to sit down,” said Malone.

Opponents of the rule change are encouraging people to contact City Council members and other city leaders in hopes to getting the pedestrian ban eliminated. The recommendation for the rule change came from the OKC Trail Advisory Committee.

Sullivan claims the Committee can make recommendations on the trails connecting different parks in OKC, but not the trails within each park.

The Parks and Recreation Department tells News 9, unlike a city-wide ordinance, the park rules are voluntary and not technically enforceable.