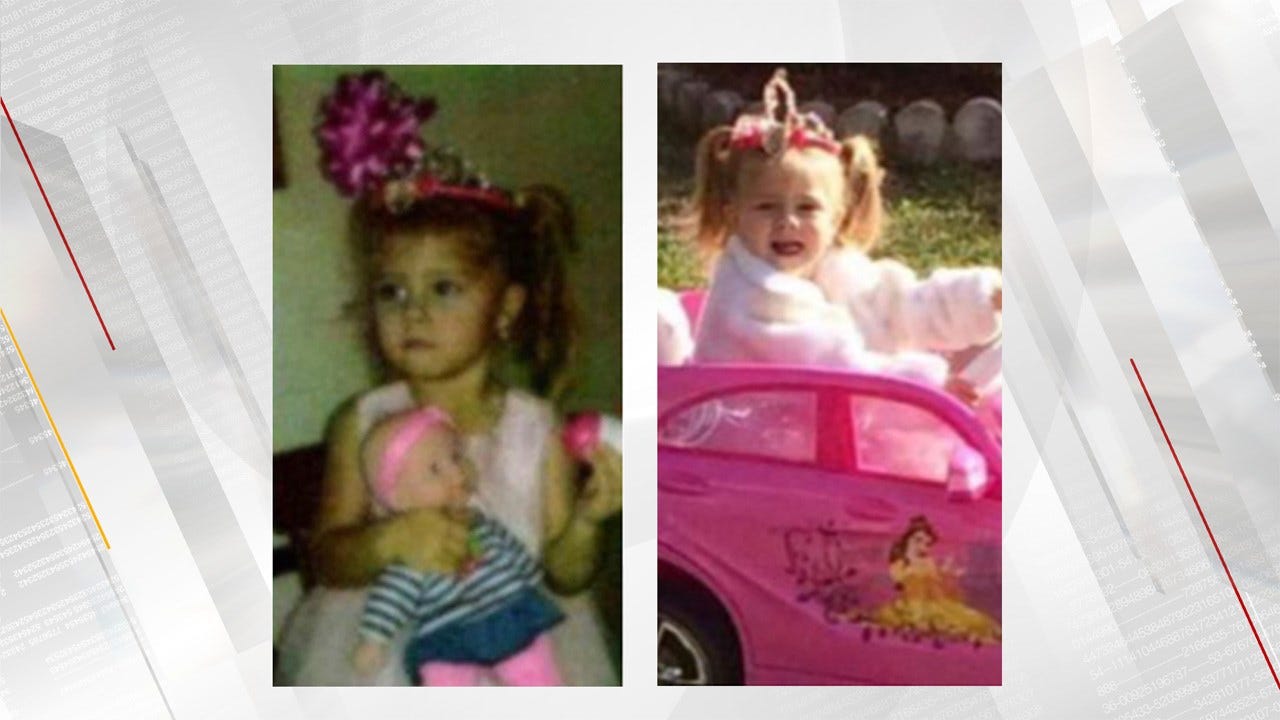 The father of a missing North Carolina toddler is questioning his ex-wife's account of the girl's disappearance as authorities confirm a child seen with a woman in surveillance images they released is not Mariah Woods.

The three-year-old was reported missing from her home about 6 a.m. Monday. The girl's home is in the southeastern part of the state, just west of Jacksonville and Marine Corps Air Station New River.

Her mother, Kristy Woods, told WITN-TV in Greenville that she last saw Mariah about 11 p.m. Sunday when she checked on her.  She said her boyfriend saw the child about midnight when she got up and he told her to go back to bed. Once they realized she was missing, the couple said they called authorities.

A statewide Amber Alert was issued for the girl as search crews combed the area. The FBI joined the search for the girl Tuesday. As part of the investigation, the agency early Wednesday released three photographs of an unknown woman and a young girl in a Walmart in Morehead City, about 40 miles east of the girl's home.

The FBI and local authorities requested the public's help in identifying the woman and child in the photos, but the Onslow County Sheriff's Office confirmed around 9:45 a.m. the child is not Mariah Woods and the woman is not related to the investigation.

The girl's biological father, Alex Woods, who does not live with the child or her mother, told WCTI-TV in New Bern Tuesday he did not believe his daughter was abducted. Woods said he is also the father of the child's two brothers, who were in the home when the girl disappeared.

Woods, who said he has been involved in custody issues with Kristy Woods, his ex-wife, and has not seen the child in about a year, said he doesn't believe her explanation of what happened.

"Someone just walked right up in there, grabbed the 3-year-old out of the bed and she didn't cry, she didn't scream?" Woods Tuesday. "Nobody heard anything? Four people in the house, two adults and two kids someone just comes up and snatches the baby and walks out?"

Kristy Woods on Tuesday issued an emotional plea for the girl's return.

"Please, bring her back," Kristy Woods said earlier Tuesday, as reported by CBS affiliate WNCT. "I love her. I'll do anything that I can, whatever you want. Please just bring her back safe and sound – she's my baby, she's my everything."

Family members said there was no sign of forced entry or anything wrong with Mariah's room but did say the back door was unlocked, reported WNCT. Family members said the girl has an orthopedic leg problem, causing her left leg to wobble as she walks. Mariah's grandmother said due to her granddaughter's walking issues, she can't imagine her wandering off.

The family also said Mariah would not have left with a stranger.

Local and federal authorities have been tight-lipped on details of the investigation. Onslow County Sheriff Hans Miller hasn't said how he believes the child went missing, but said investigators aren't ruling out any possibilities, including that she was abducted or wandered off.

"Our focus right now is to bring her back, and then to find out what happened," Miller said Tuesday. "In that effort to bring her back we would not rule out any possible situations that may have occurred. Our minds our open, our ears are open, and our eyes are open."

Details remained scarce as Miller updated the media Wednesday afternoon, as the search stretched into its third day. Miller said crews have searched hundreds of acres in Onslow County by foot, by air, and with canines. 225 investigators and agents from 14 local, state and federal agencies have conducted nearly 100 interviews and followed more than 140 leads, he said.

He said investigators are "working around the clock" and hope to bring the girl home safely.

Anyone with information about the child's whereabouts is asked to call 911 or the Onslow County Sheriff's Office Investigations Division at 910-989-4070 or Crime Stoppers at 910-938-3273.  Information can also be anonymously texted via Text-A-Tip by typing TIP4CSJAX and your message to 274637 (CRIMES).