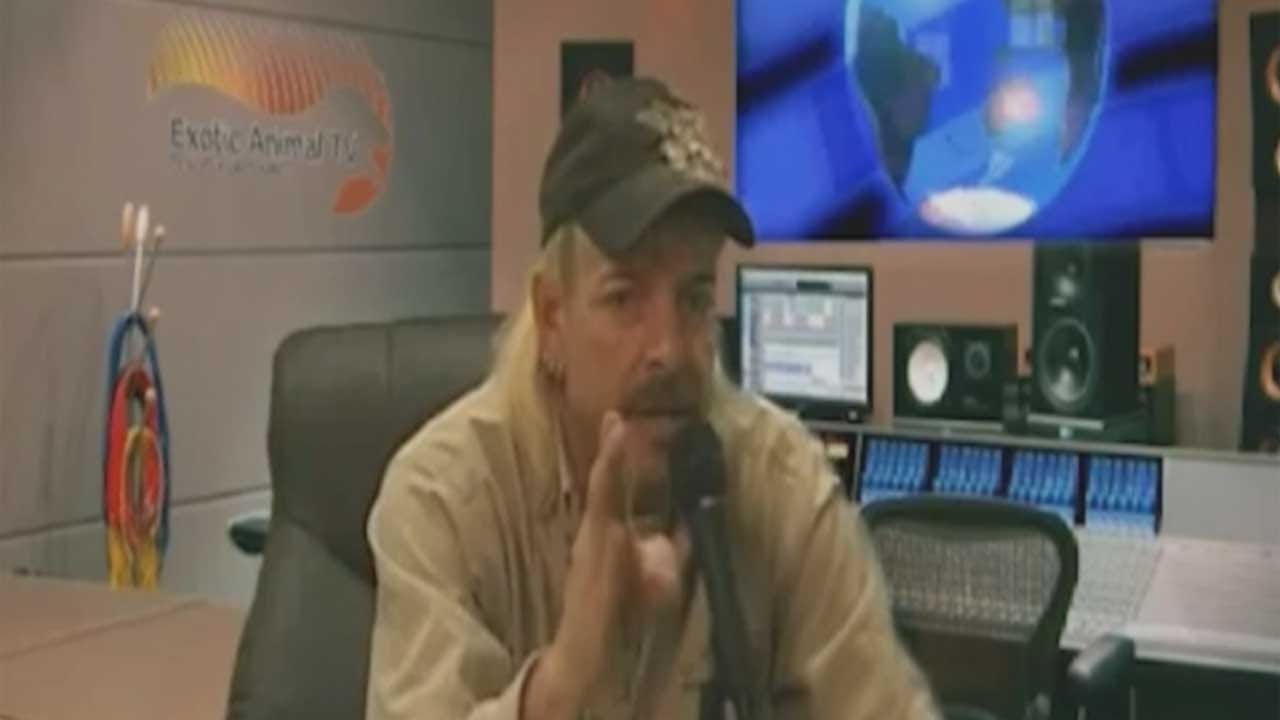 Revenge. That’s what federal prosecutors say motivated Joe Exotic to hire someone to kill a Florida woman. The trial began Monday with both sides laying out their cases in opening arguments.

The government says Joe Exotic, also known as Joe Maldonado-Passage, set up two options in his murder-for-hire plan. The defense argues it was the new owner of the park who hatched the plan and Joe just played along.

The target in the murder-for-hire scheme was Carol Baskin, who owns an animal rescue in Florida. Baskin was never harmed. Prosecutors say Maldonado-Passage offered to pay a park employee $10-15,000 to kill Baskin and even helped work out the details.

The government also says Maldonado-Passage had conversations with an undercover agent about killing Baskin.

But the defense says the park’s new owner Jeff Lowe and another investor wanted to get rid of Joe Exotic and tried to capitalize on Joe’s inability to control his mouth.  And they were actually the ones who came up with the murder-for-hire plan. Joe just played along.

“I knew what was going on, I’m not stupid,” said Erik Cowie.

Cowie worked at the Greater Wynnewood Animal Park for five years. He was the government’s first witness.

Prosecutors say Joe Exotic killed the tigers to make room for other tigers a circus owner was paying him $5,000 to board.

Cowie says he heard the gunshots when the animals were killed.

“I knew cats were getting shot,” he said after his testimony. “Because we discussed it all day or for even a day or two beforehand on the radio. ‘Are these breeders? Does this one produce cubs?’.”

Another former employee told jurors he saw Joe shoot the tigers in the head and helped bury them.

A Department of Fish and Wildlife employee also testified he exhumed the tigers a year later.

Defense attorney questioning revolved around the health of the animals that were killed.