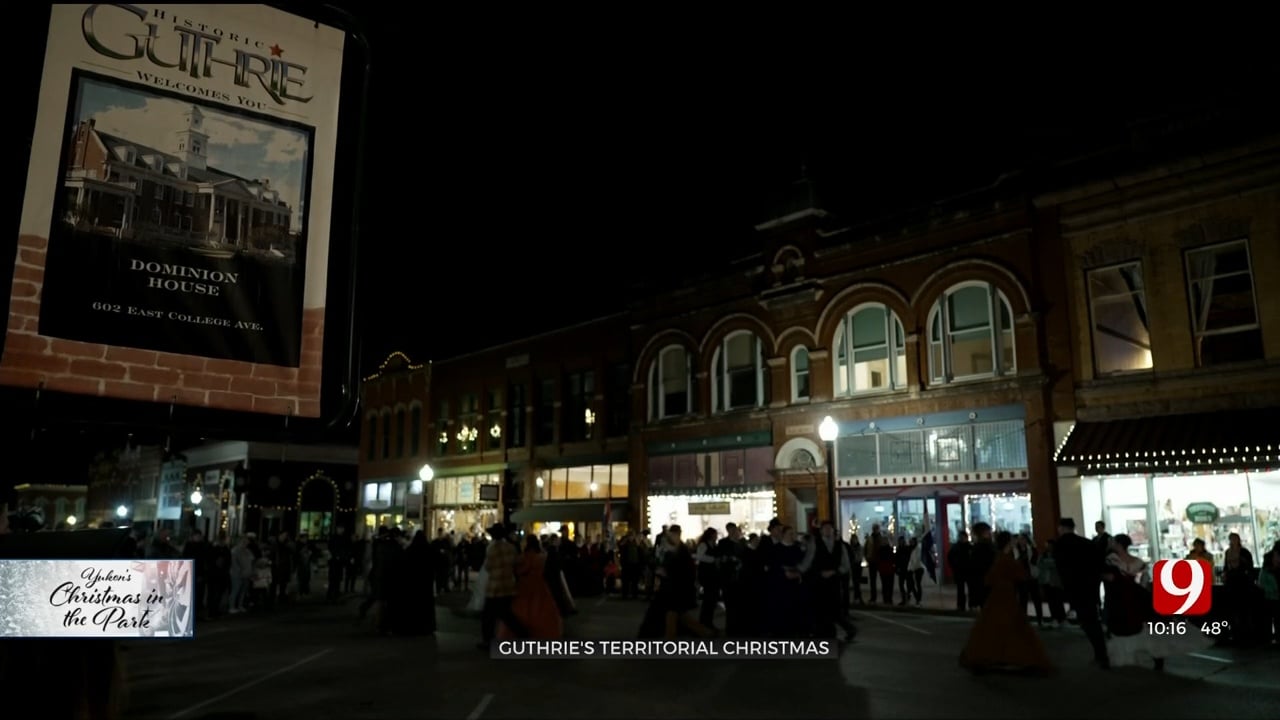 On Friday’s Holiday Adventures, a trip back in time to Guthrie's Territorial Christmas Celebration. Karl Torp and his family checked out traditions of holidays past in Oklahoma's first capital.

A little colder, and it would be just like you’re inside a snow globe. But, every December Guthrie goes out of its way to not shake things up.

"We just like to go back and visit our roots and see what it was like back in the day," Stacey Frazier of Guthrie’s Territorial Christmas said.

For two Saturdays, folks are invited to peer into another Christmas world, through 130-year-old streets, storefronts and stylings on Oklahoma Avenue.

"We come every year to this. its tradition, shopping, caroling, cider, it’s just fun for families to make it a tradition," Anita Monroe, who was visiting, said.

Wayne Cantwell and his wife Patsy on the harmonium stop the crowds with their softer spiritual and soothing sound.

"Even the slow stuff- reaches out and grabs you- it will bring a tear to your eye."

Year round, Wayne teaches what he calls traditional music of the old prairie.

“A lot of people say oh you are playing bluegrass and I say no we are playing a predecessor to that,” Wayne said.

Whatever the style, it's a sweet music here on the six closed off city blocks that make up Guthrie Territorial Christmas Celebration.

Guthrie is the largest historic district in the entire United States.

It looks and even feels the part.

Even when the Cimarron Reenactors Guild of Guthrie hit the street to celebrate.

"It's a history lesson," Emma Bowers Montogomery, one of the guild members, said.

One Karl wanted to share with his boys. An old-style barbershop shave, before the turn of the 20th century street performers. And an evil looking dude, named Krampus, who comes to scare misbehaving children.

Wes was brave enough for a picture. Braver than his older brother around a red feathered hawk.

The frigid air sent them inside a warm window display where Karl showed the youngins the simpler pleasures from simpler times: Blackjack.

It was incredibly cold that night. But at a time where Christmas can get commercialized starting in early Fall, Guthrie still warms with reminders of the earliest celebrations on Sooner soil.

It keeps the history alive to bring back past Christmas