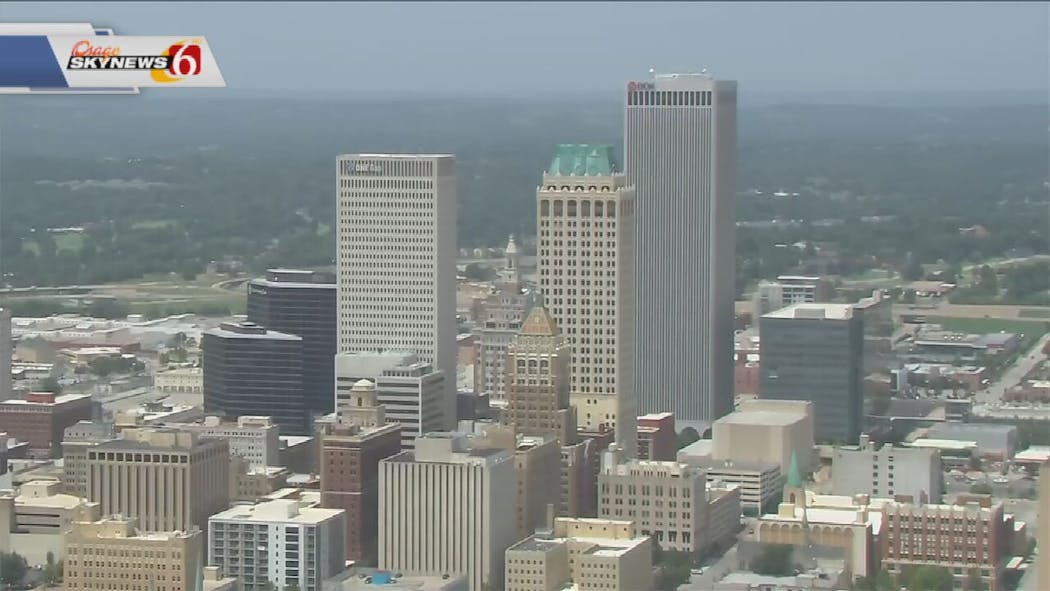 Leaders from the Black Panther Party and other civil rights organizations are in Tulsa to bring attention to two rape cases.

The civil rights activists think one of those cases got a wrongful conviction and they are demanding justice.

"I made a phone call, and it was the Panthers that answered my call," said Pamela Smith.

Smith said 27 years after she was raped in Tulsa, she's still fighting for justice. She said she was sexually assaulted by a guard while she was an inmate in a work release program and no one was held responsible.

On Friday, she spoke to bring attention to another rape case involving Ricky Wright Junior.

He was convicted of raping a 61-year-old dementia patient, while he was working at a convenience store. He was 17 at the time.

Wright was convicted in March and is serving a 13-year prison sentence.

“Peggy Jean Miller said in three lineups it was not Ricky," said Smith. Smith said Wright is the wrong suspect, and he should have never been convicted because Peggy Miller had inconsistent stories.

“There is a ton of evidence showing that he did not commit this crime," said General Mike Pain.

Tulsa County DA Steve Kunzweiler said a jury found Wright guilty after hearing the evidence and Wright can appeal that conviction with the Oklahoma court of criminal appeals.

Black Panther General, Mike Pain, said his organization, a second amendment gun club, and other groups are marching this weekend to bring attention to both Smith and Wright's cases.

“We keep coming here to Tulsa because these situations keep happening," said Pain.

The group is marching Saturday at noon starting at the Greenwood Cultural center.

“I’m a mother, my heart is broken," said Smith. "I have cried every night thinking about little Ricky Wright.”

DA Steve Kunzweiler said: “Regarding Pamela Smith, this more than two decades old case has been discussed, and re-discussed, with Ms. Smith multiple times. The statute of limitations has run out. She sued and lost twice in federal court. There is nothing our office can do regarding her allegations. As for Ricky Wright, Jr., an Oklahoma jury found him guilty of his crimes for the rape of a woman. The jury heard his defense and decided not to believe it. He can certainly appeal that conviction with the Oklahoma Court of Criminal Appeals, which is the proper forum for appeals of jury verdicts. We feel more than confident that we proved his guilt beyond a reasonable doubt.”