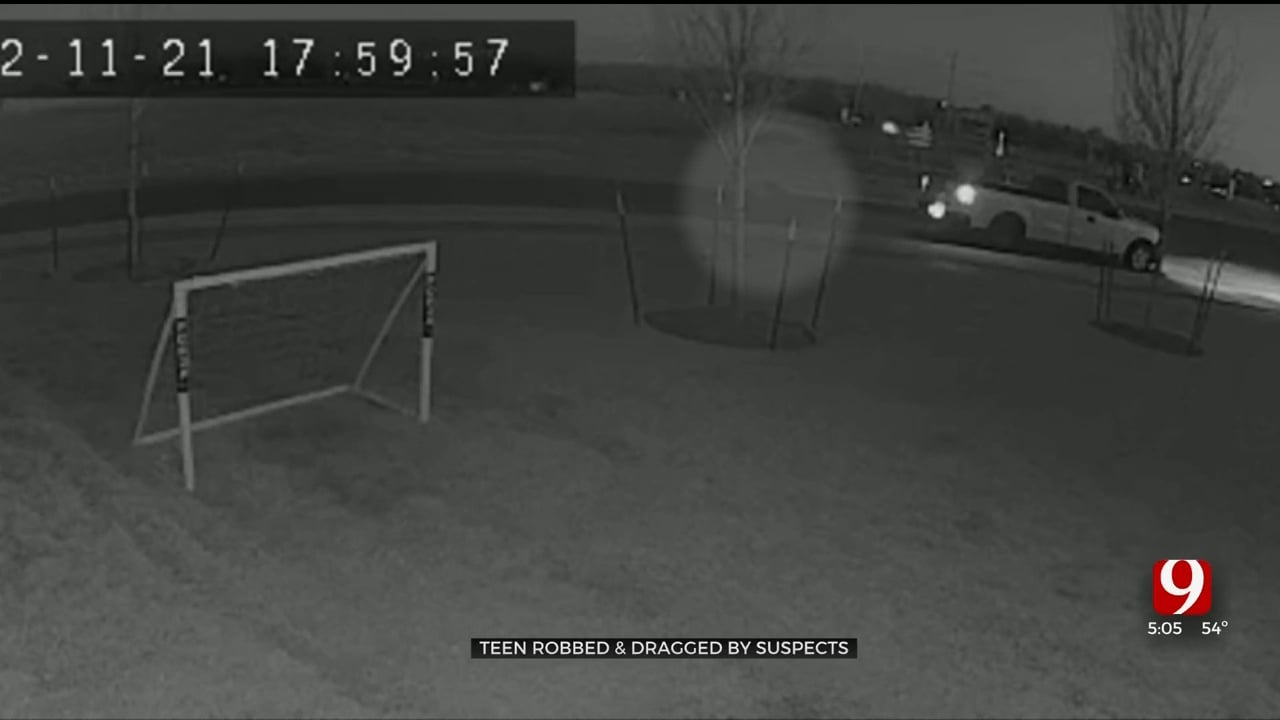 Oklahoma City Police are looking into a robbery case out of Mustang.

Pharness is taking his love for sneakers to the next level and turning it into a business.

“I'm just doing one to two pairs at a time and just going and seeing where the market is because I’m still feeling it out. I’m still seeing what the people here like,” Pharness said.

Pharness's business is called @kicksbytheis. He said he's been selling brand-new and used sneakers for almost three years, but after a potential deal he considered closing up shop.

Pharness organized a meet up near his home with a potential customer interested in purchasing Jordan 11s in cherry red.

"I was a little hesitant. I actually said do you mind backing up a little bit, so the car is more in the camera view,” Pharness said.

In the surveillance video, he can be seen talking to someone from the passenger side of a truck.

“I was putting the shoes back in the box, and I looked back up, and they just reached out and grabbed me, they grabbed me in. We drove around to right over here,” Pharness said.

The truck dragged Pharness down his street. His mom, Sabrina, watched this all unfold from her surveillance camera.

“I threw my phone and started running outside,” Sabrina said.

Sabrina found her son covered in road rash, but the truck was gone.

“It appears to be a white F-150. It has a spare tire on the passenger side,” Sgt. Dillon Quirk said.

Pharness said he's shaken up by the incident. He said even though he took a fall, the lesson is to get back up.

“It might be that if you take a loss, you know you'll get wins. Just keep on grinding. Find motivation to do what you love, pursue your passion, and don't let anybody stop you,” Pharness said.

Police said if anyone has any information to call Crimestoppers at 405-235-7300.