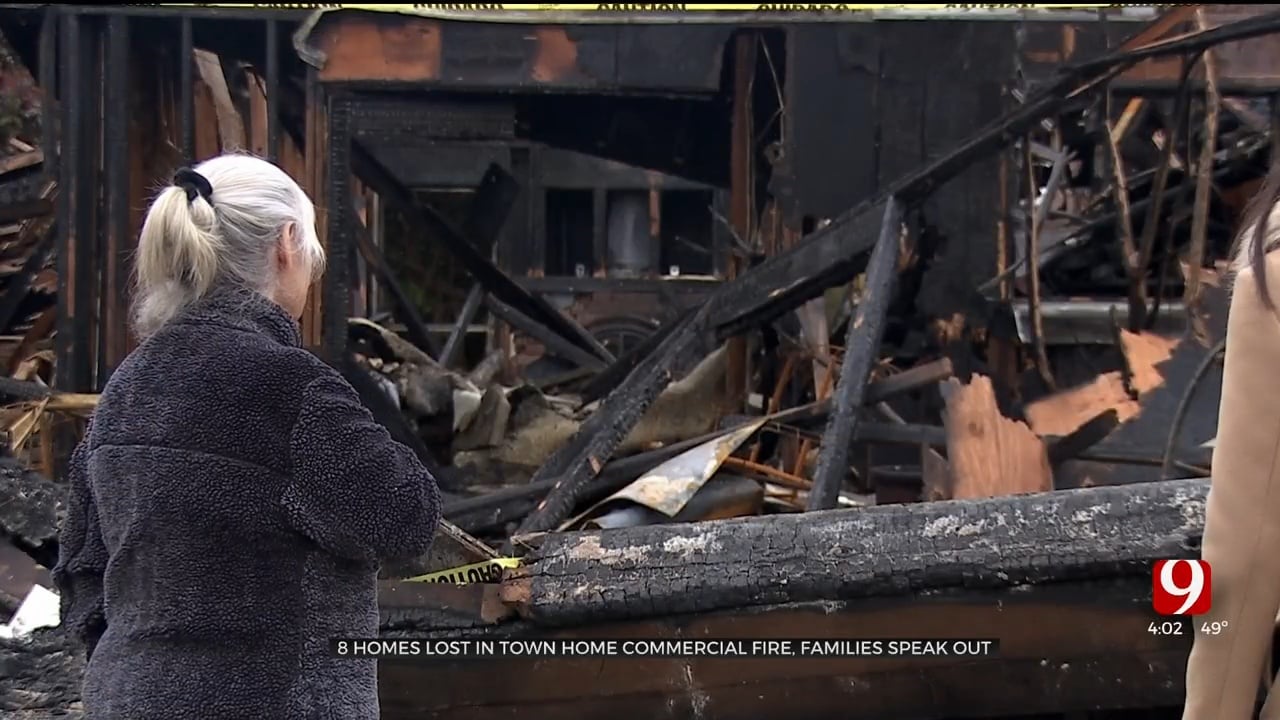 A fire destroyed several condos early Sunday morning in northwest Oklahoma City, and it caused more than a million dollars in damage.

The heavy fire blazed through at least eight units turning years of memories into charred remains.

“They did go in and look for some things for me. They found one Christmas ornament,” Susie said.

An ornament Susie said she will have to hang on a Christmas tree at her son's home this year.

“I'm 75. I have 75 years of memories. I guess you can say I’m 75 and homeless, but that's okay because I have great family and friends,” Susie said.

There are several others with similar stories as Susie. The American Red Cross stepped in to help folks get back on their feet.

The Oklahoma City Fire Department said there were no injuries, but several townhomes are a complete loss.

“As for the cause of the fire we don't know for sure yet. We do have our investigators looking into this incident,” Battalion Chief Benny Fulkerson said.

Susie said she's lived in this one-bedroom loft for 10 years.

“My grandkids are really sad. I have five grandkids. They're sad because they would always come over and they'd swim, or we'd play tennis and that won't happen anymore,” Susie said.

She said the condo was passed down to her. It's been in her family for decades.

“My father who has been deceased for 26 years built the cabinets on this wall,” Susie said.

“I would always think of my daddy when I would pull in.”

Although Susie's home is unrecognizable to her now, she's said God wouldn't put her through anything she couldn't handle.

Susie said she looks forward to moving back in when the complex rebuilds.