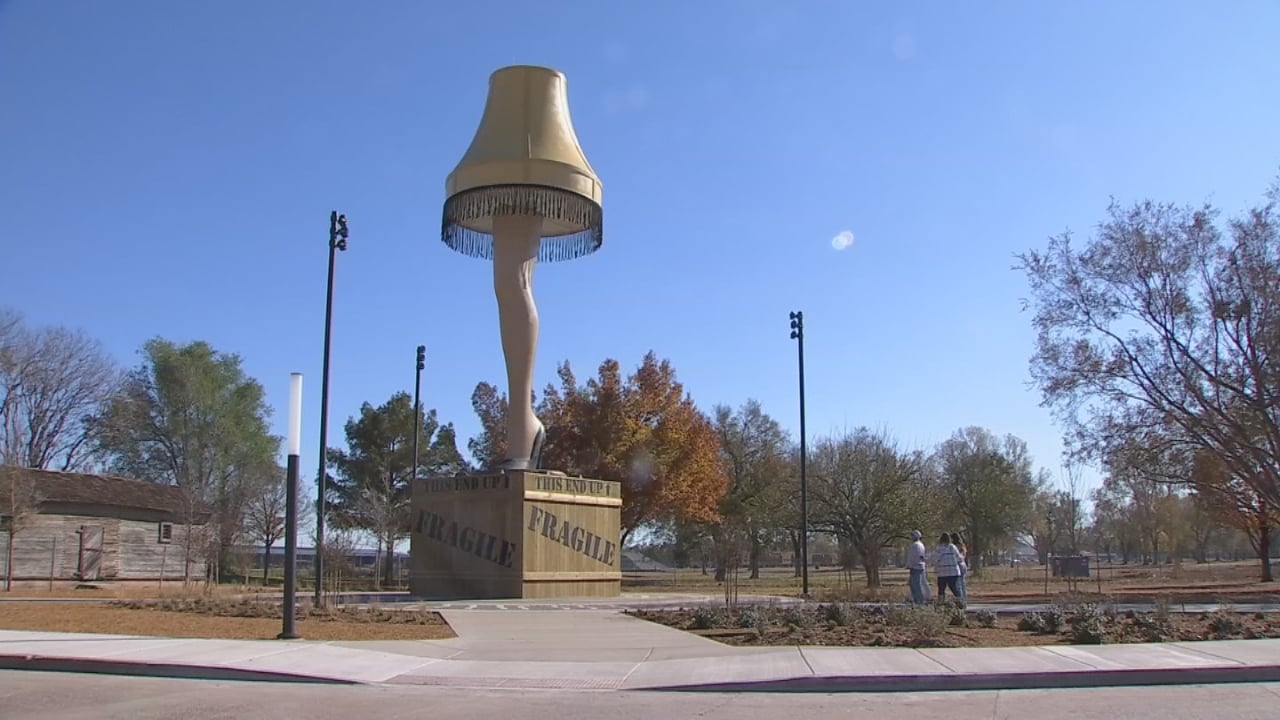 Just a short trip southwest of the metro, Chickasha and its light display has been a popular holiday destination but folks down there added something new this year that's sure to "kick" things up a notch.

The community of Chickasha is full of stories. Founded along a railway in the early 1900s, you can see signs of its past throughout town. But the town's newest attraction…you could say it stands out. It’s a giant leg lamp. Yes…that leg lamp. The story here though has the makings of a legend. It all started with one line in an obituary of Noland James.

"We find out in his obituary in 2020, that he says he invented the leg lamp prop that was used in the movie," says James Cowen, the city's Economic Development Director.

James' was a long-time resident of Chickasha. Everyone knew his love for Christmas. Very few knew his claim of creating the supposed prototype of the iconic lamp featured in "A Christmas story."

"Obviously there's a lot of different people that have a lot of different ideas about where this leg lamp came from,” says Cowen. “But you know what? We're going to have a little fun with things and say we think it came from right here in Chickasha, OK."

Cowan decided to lean into the theory of the leg lamp. Leaders decided to center their downtown revitalization efforts around America’s most famous lamp. No detail was spared in recreating it.

"This is supposed to represent a living room rug and if you look at the pattern, especially from up above, that's exactly what this is,” says Cowen of the brick pattern around the statute. "A Christmas Story the movie plays 24 hours a day on Christmas eve and Christmas day. It's become maybe the background to a lot of family celebrations."

The hope is that it'll bring more people into town.

That's exactly what this couple on a cross-country road trip did.

"When we were in New York, I was on FB and I saw it. I said we've got to come, we're already going through Oklahoma. We've got to make a stop to come to see it,” they said.

Car after car, people are pulling over to get a glimpse of the giant lamp for themselves. You could say it's Chickasha’s own conversation piece. Their version of "a Christmas Story" to be shared by thousands of visitors for years to come.