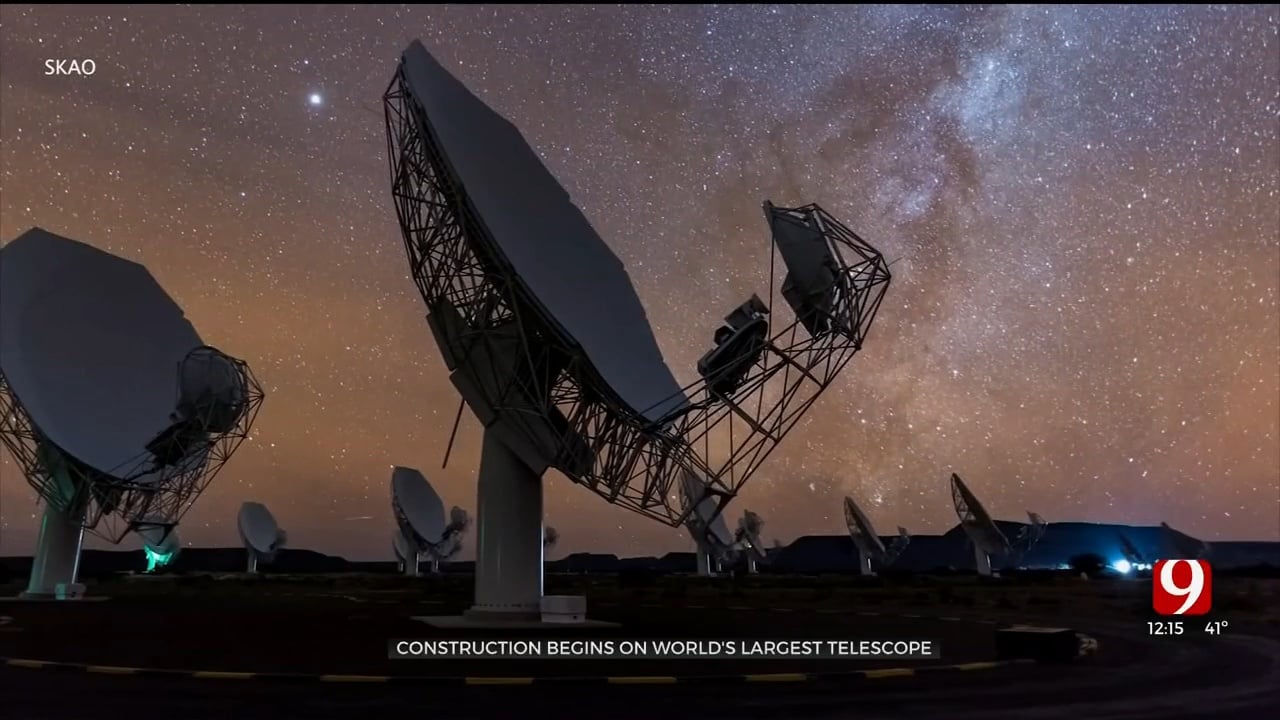 Scientists say they're one step closer to unlocking the mysteries of the universe as construction begins on the world's largest radio telescope.

The project includes nearly 200 dishes and more than 130,000 antennas in two sites, with the SKA-Mid array in the Karoo desert in South Africa, and the other site, the SKA-Low array, in Western Australia north of Perth.

"The two complementary telescopes will be the ears on either side of the planet," Freeman said. "Allowing us to listen to those murmurings from the deep universe."

The mega telescope will allow scientists to look back in time over the history of the universe, when the very first stars and galaxies started to shine.

The arrays are believed to be sensitive enough to detect even the faintest signals, and can map the sky 135 times faster than similar telescopes.