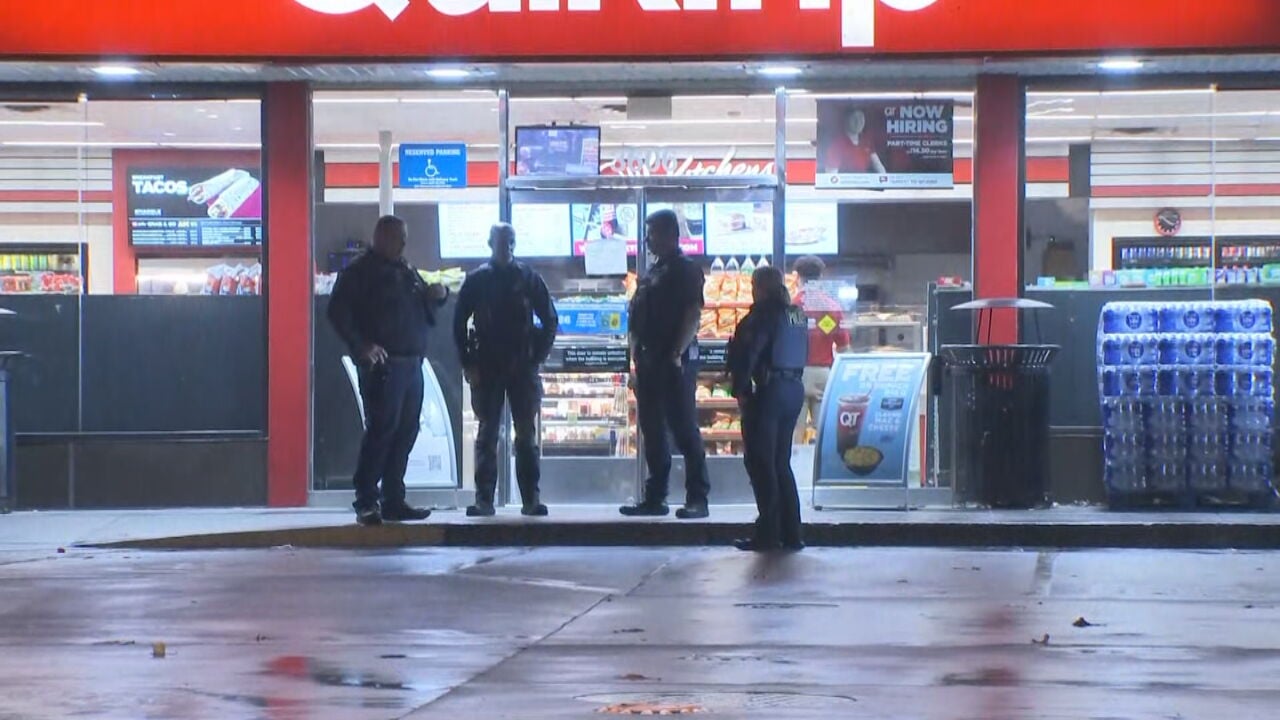 A search is underway on Tuesday morning for two men who robbed a Tulsa QuikTrip, according to police.

Responding officers say they arrived on the scene within one minute of the 911 call.

According to police, two men dressed in all black wearing sunglasses entered the store. They say one of the men, who was armed with a pistol, jumped over the counter and held the clerk at gunpoint and forced them to empty both cash register drawers.

Police say the men then filled up a QuikTrip bag with money and fled from the store.

According to police, no shots were fired during the robbery and the clerk was not injured.

Tulsa Police deployed a K9 unit in an attempt to track the people responsible but were unsuccessful.

Police have reviewed surveillance video and say they will now pass it along to detectives to see if they are able to recognize the men from any other robberies.