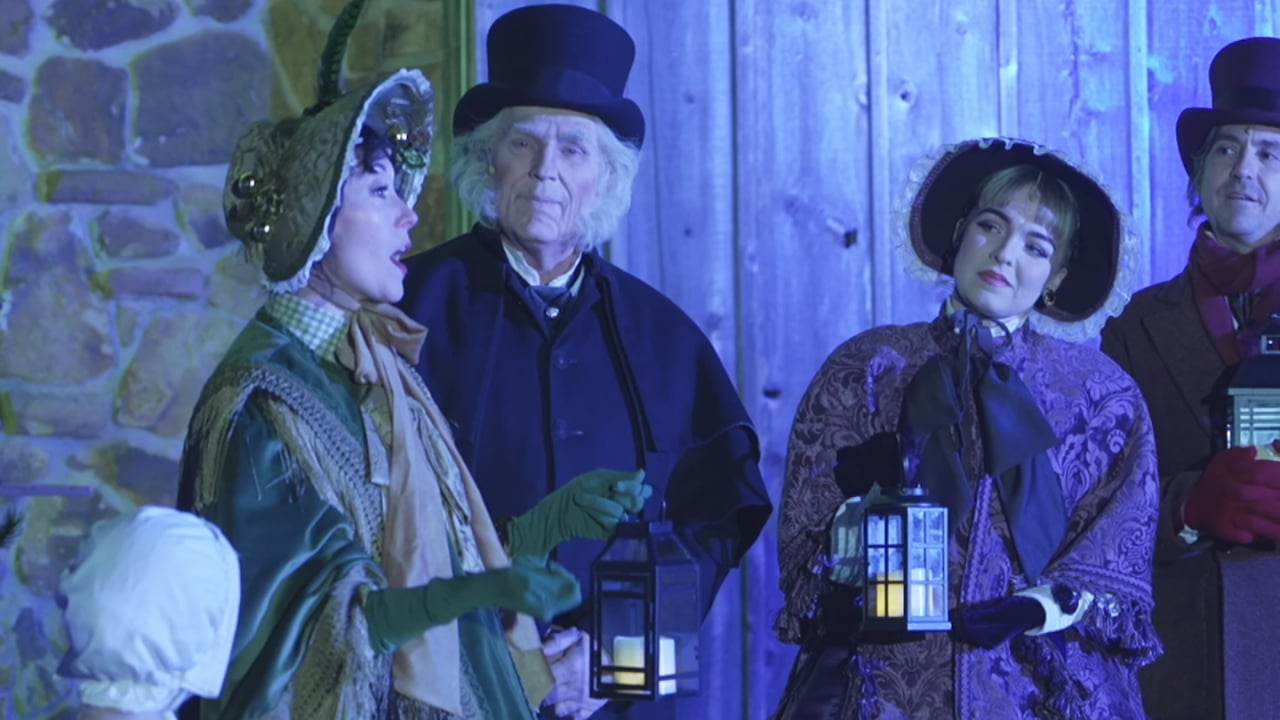 Born out of necessity during the pandemic, Lyric's outdoor version of the Christmas Carol has become a holiday favorite. Especially for David Payne and his daughter Audrey.

“In 2020 when Covid happened we had to find a way to do the show as safely as we could,” says Lyric’s Artistic Director Michael Baron. “We came up with this crazy idea where the audience would travel from scene to scene and find the beautiful Harn Homestead.”

Since then, every holiday season the Harn has been home to Lyric's unique telling of Scrooge's transformation.

Which begins every night with actor Johnathan Beck Reed.

“I start with a blank canvas and then when I start to add the shadows and the highlights, the color, and wrinkles and I stand in front of the mirror and pose my face, yea it sort of helps you like find the character.”

Johnathan has been playing Scrooge since he was twenty-five including a couple of years on the national tour.

“There are certain roles you get to play and it’s a gift,” he says. “And this is one of those for me.”

“I love doing it out here with audiences being so close to you and immersive because they’re in a part of a show in a way they aren’t in the theatre.”

We just had time for a quick catch-up and weather report before we had to go.

After grabbing some hot chocolate from our friends with Sasquatch Snowcones it was on with the show.

“I’m from Orlando, I used to work at Universal Studios, so I know how theme parks work,” explains Baron. “So, this is like a mini theme park. Where you don’t have to ride, but the audience kind of moves as a ride.”

Since you are outside, dress warmly. And the show is for all ages. Although it can be scary for little ones.

“What is great about this version is the audience isn't trapped in their seat, so they are free to move,” says Baron. “Kids will hide behind their parents and then kind of creep out when they feel more comfortable.”

But don't delay, this year will be the final season Lyric will perform the show outside.

“As much as we love being here, we also love being inside,” says Baron.

One last chance to actually be a part of a timeless classic.

“I can't tell you how many times over the years I have met with audiences after the performance who have tears in their eyes and are affected by what they saw,” says Reed. “And that doesn’t happen with every show.”

The show runs until December 23rd. More information is available on Lyric’s website.