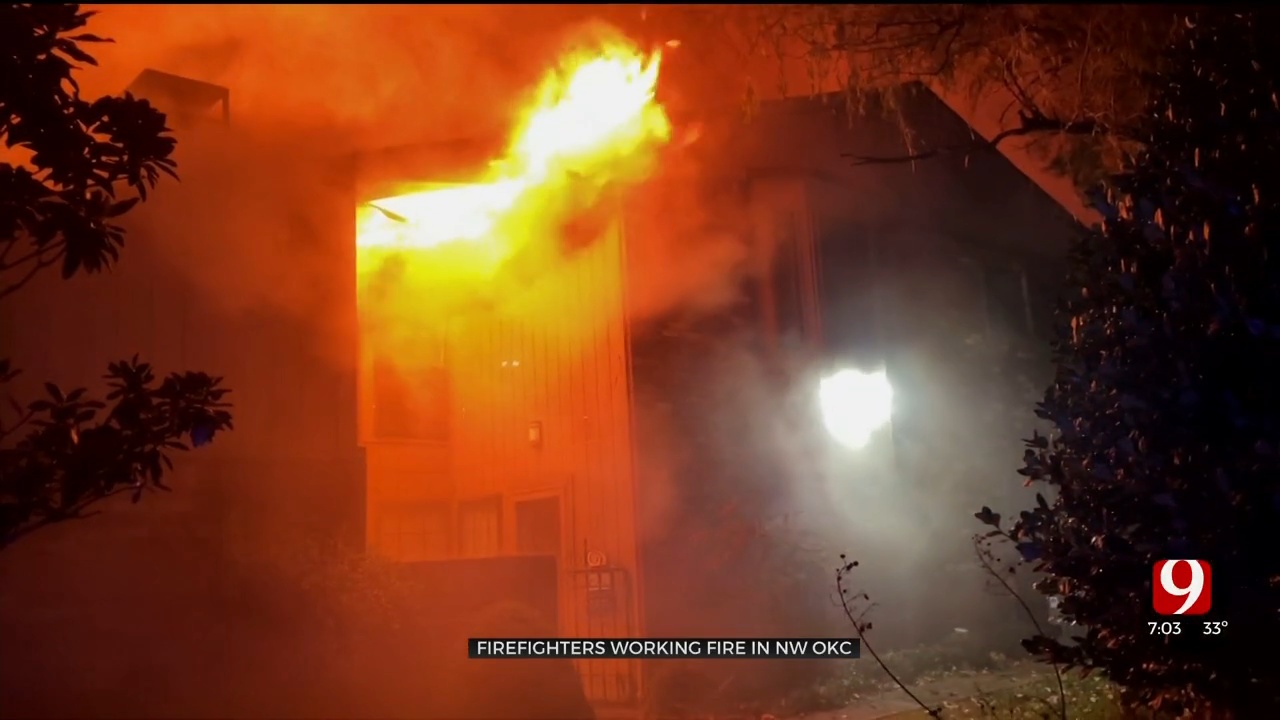 Fire crews responded to the scene of an apartment fire overnight in northwest Oklahoma City.

Firefighters said the fire happened at a complex near Northwest 63rd Street and North May Avenue.

The Oklahoma City Fire Department said the building was immediately evacuated when they arrived on scene.

No injuries have been reported, according to OCFD.