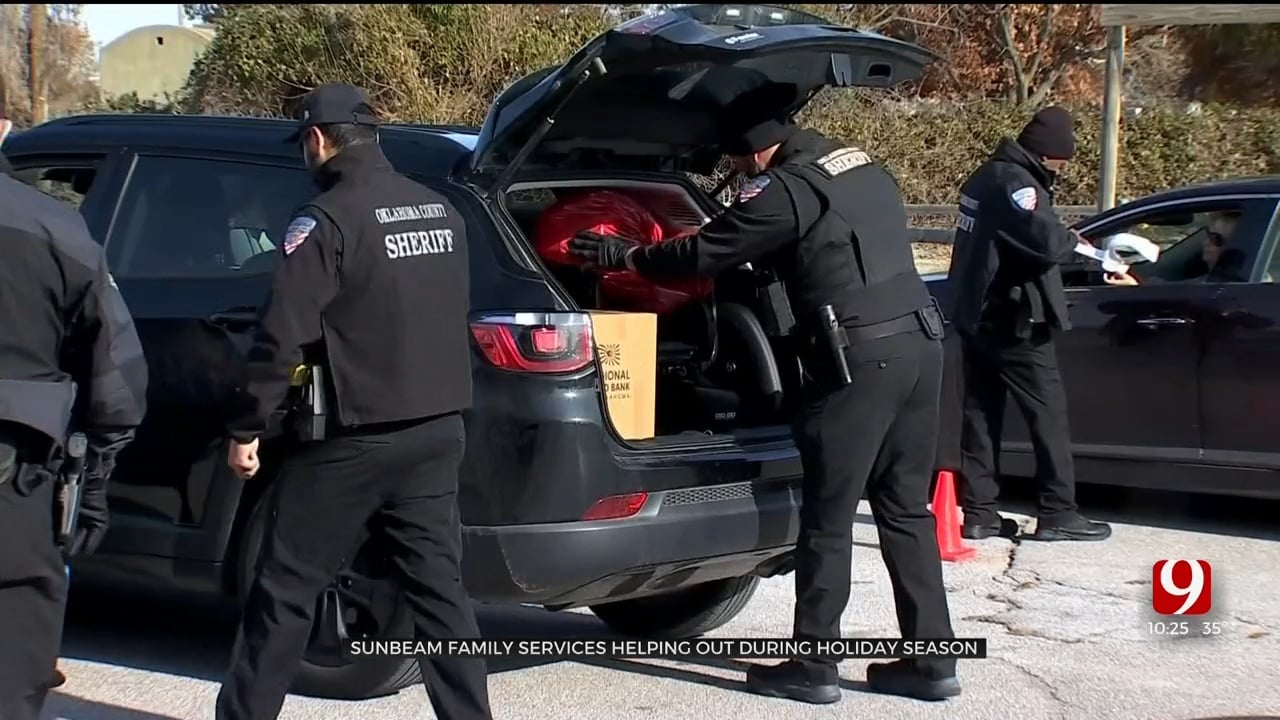 Sunbeam Family Services is spreading holiday cheer this Christmas season by creating a memorable experience for more than 100 families with their Grandparents Raising Grandchildren event.

“To know that a child has not been forgotten at Christmas... is the greatest feeling because when they know that they are not forgotten and they are going to get Christmas, it's so magical,” Sheryl Presley said.

Presley is the Oklahoma City Police Department's TRIAD coordinator. TRIAD works with the city's senior population to reduce the criminal victimization of the elderly.

Saundra Booth-Knight, an attendee at the event who takes care of her great niece and nephew, said she wants grandparents caring for their grandchildren to know they are not alone.

“It helps them know that there are people that care about them besides us and that there's others like them,” Booth-Knight said.

Sunbeam is also providing gifts to more than 400 grandchildren raised by their grandparents.

Oklahoma County Sheriff's Deputy Tara Hardin said it requires a lot of effort from these grandparents.

“They're [grandparents] in a new role. A role that they've done before as a parent, but not in a place that they expected to be and particularly this time of year comes with some extra special needs both financially, physically, and emotionally,” Hardin said.

“You learn something new everyday. You know you go to the schools, you listen to their problems, and all this peer pressure, but it's a learning experience,” McCoy said.

“For a grandma to step in and learn them, you know it's not all about the gifts it's about living and having life and having food on your table, a roof over your head and sharing what you have," McCoy said.

More than $20,000 was raised for this event, and Grandparents Raising Grandchildren is a year-round program.