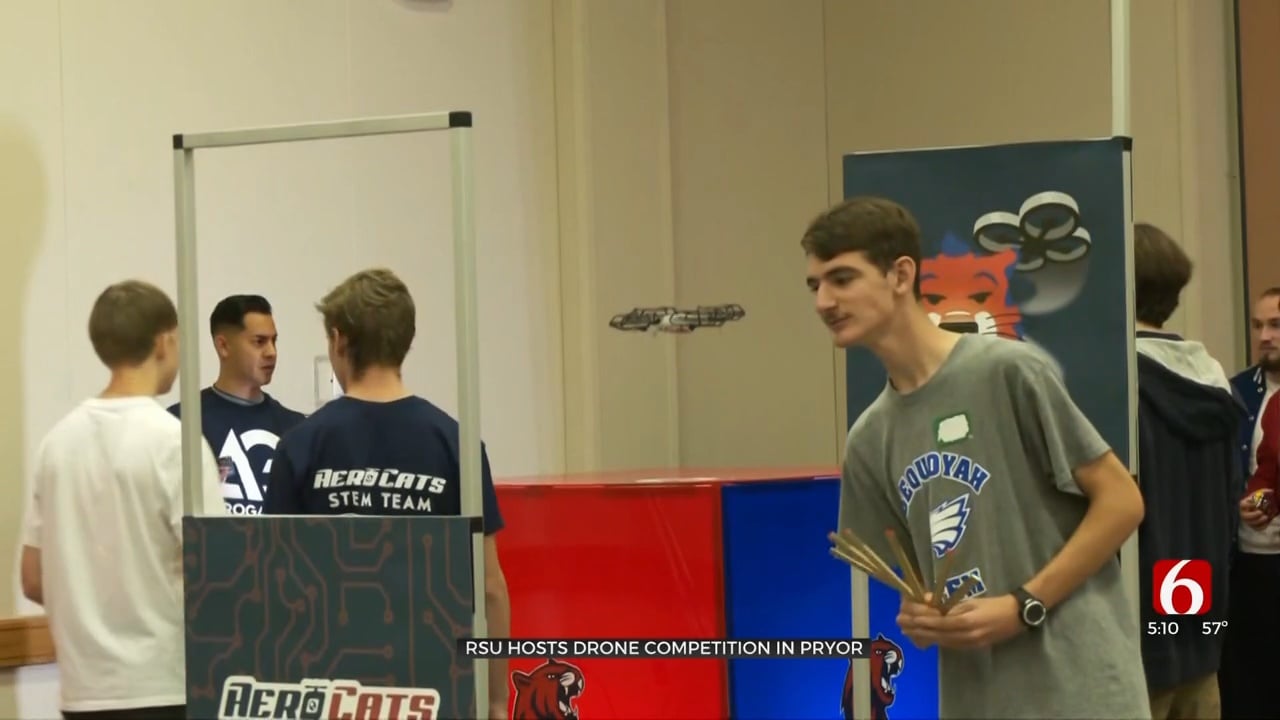 Middle and High School students from all over Green Country were in Pryor Friday for the AeroGames drone competition hosted by Rogers State University.

"The 15 high school teams coming out today have never physically seen the course behind me and they coded how the drone was going to fly through it without putting eyes on the course," said organizer Curt Sparling.

He said letting the program take over is no easy task for these students, but the piloted section isn't any easier.

"The teams are actually on the sticks flying the drone through the larger course behind the autonomous one," said Sparling.

Sparling said drone competitions like these get students excited about possible STEM careers.

"When you can get the learner's attention with something as interesting as drones and, oh by the way, slip in a little bit of software development and programming into that process, it sparks that interest for the young learners," he said.

Drones got the attention of Claremore Sophomore Isabella Warren who said this is her first competition.

"I think it's really cool honestly, I'm not really the kind of drone girl I was, but getting into it I've learned how to coordinate with my own team and learning how to experience new technologies," said Warren.

She said they put a lot of work in before the competition and is confident they'll do well.

"I think we're gonna work it just a little bit of faith in team, we're really smart too, we kind of get the hang and drill of things," said Warren.

"... now they're coming back and still involved in this process, and I love it,” said Sparling.