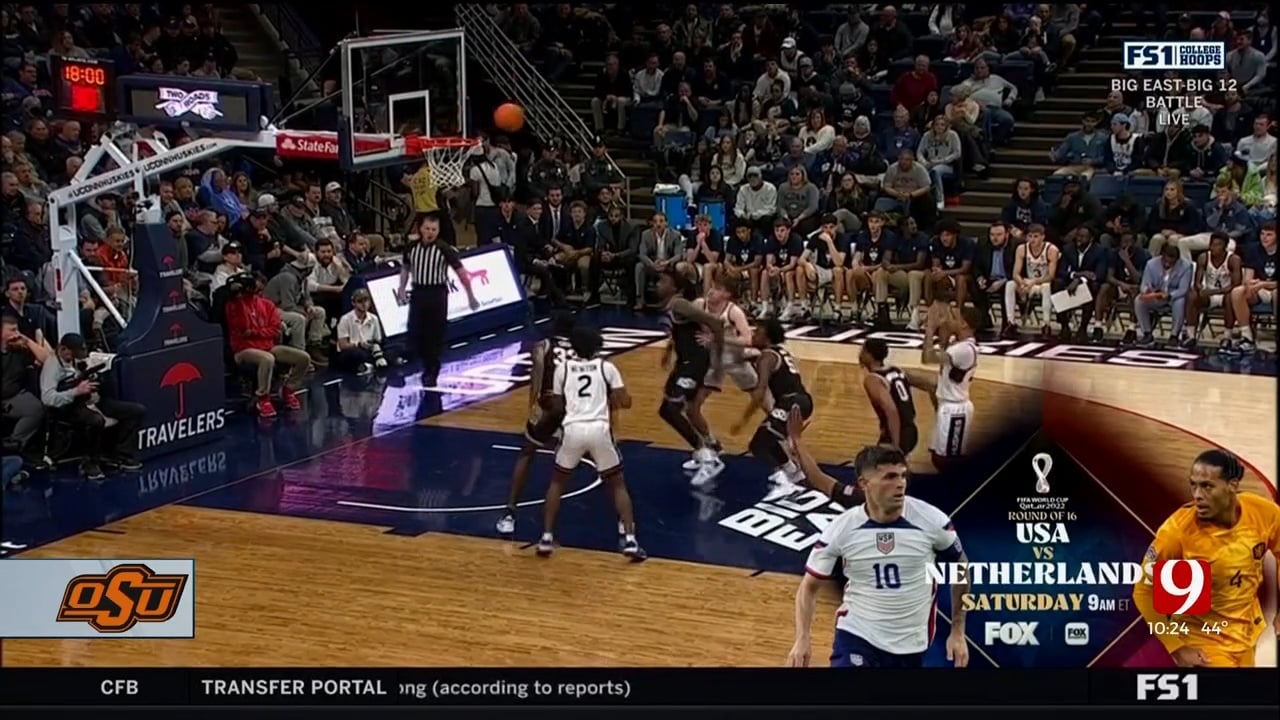 Jordan Hawkins scored a career-high 26 points to lead unbeaten No. 8 UConn past Oklahoma State 74-64 on Thursday night in the Big East-Big 12 Battle.

It was the smallest margin of victory for UConn so far this season. The Huskies’ next closest was an 82-67 win over then-No. 18 Alabama last Friday at the Phil Knight Invitational in Portland, Oregon.

Hawkins, a sophomore, had 18 points at the half as UConn dominated the final eight minutes to build a 48-31 lead.

UConn responded with a 15-0 run, including eight points from the foul line, over the next 4:27. The Huskies dominated at the foul line, hitting 15 of 19 in the half compared to OSU’s 4-for-4.

The Cowboys didn’t cut the deficit under double digits until the final minute of the game.

The Cowboys played their highest-ranked opponent since losing to No. 7 Baylor last season on Feb. 21. OSU is 1-4 against top-10 opponents since the start of last season.

UConn: At Florida on Wednesday for its first true road game.