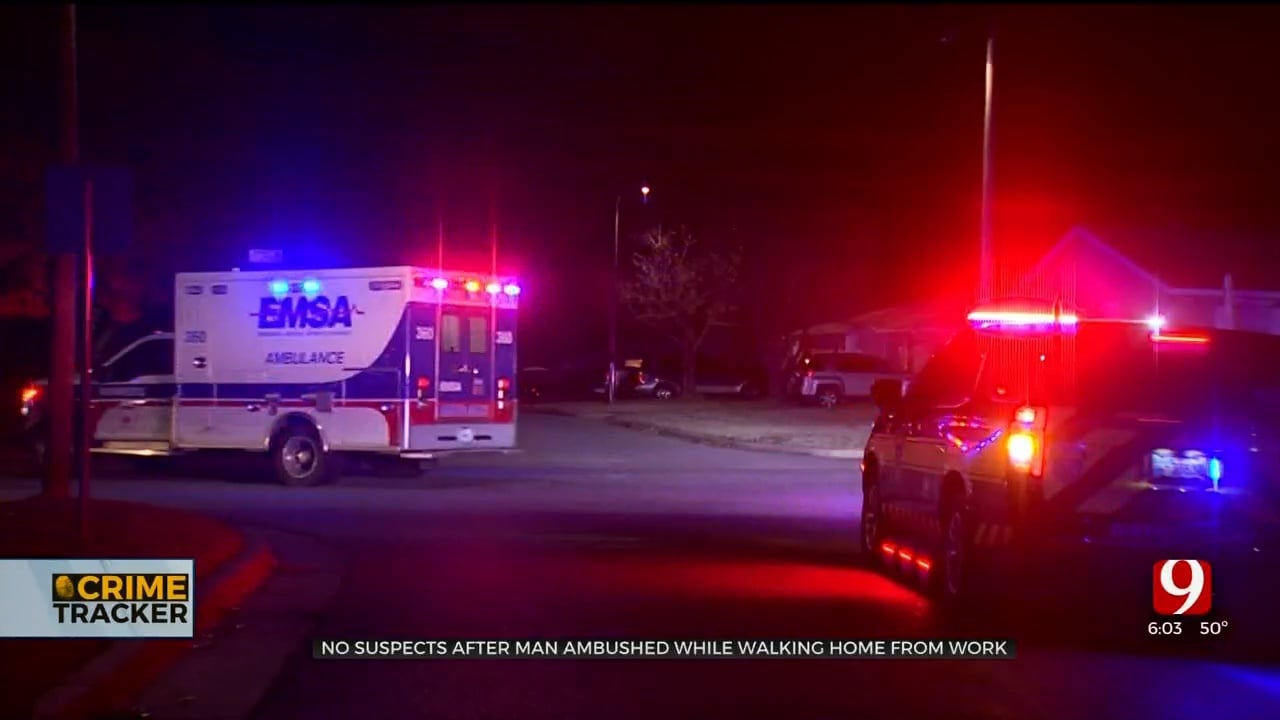 An Oklahoma City man was walking home from work Wednesday night when he was ambushed with gunfire.

Police are looking for the suspect who took off on foot in the area of Southeast 51st and Bryant Avenue.

The 30-year-old victim told police he tried to take cover by running into his southeast Oklahoma City home but said he was shot five times. The bullets hit one of his legs and an arm. Bullets also left his front door and windows riddled with holes.

The victim said a masked person approached him and started shooting.

“Told officers at the time he did not know the person who shot him or why he was being shot at,” Msgt. Gary Knight with the Oklahoma City Police Department said.

The man's four small children and their mother were home when bullets ripped through the front of the house.

“It’s a wonder that no one else was hit considering the number of people inside,” Knight said. “So, this created a very dangerous situation for everyone there.”

The victim's girlfriend called 911. The victim was on the floor of the living room when officers showed up.

“He was transported to an area hospital,” Knight said. “He is expected to survive.”

Police have been to the same area of the city several times in October and November. There are on-going, drive-by shooting investigations involving the deaths of an 18-year-old mother and a 9-year-old boy. Police have not identified suspects in either shooting and asked for the public's help on the most recent case.

“Hopefully, somebody in the area either saw something or knows something,” Knight said.

Police do not have a good description of the shooter and ask citizens to call Crime Stoppers at 405-235-7300 with tips.