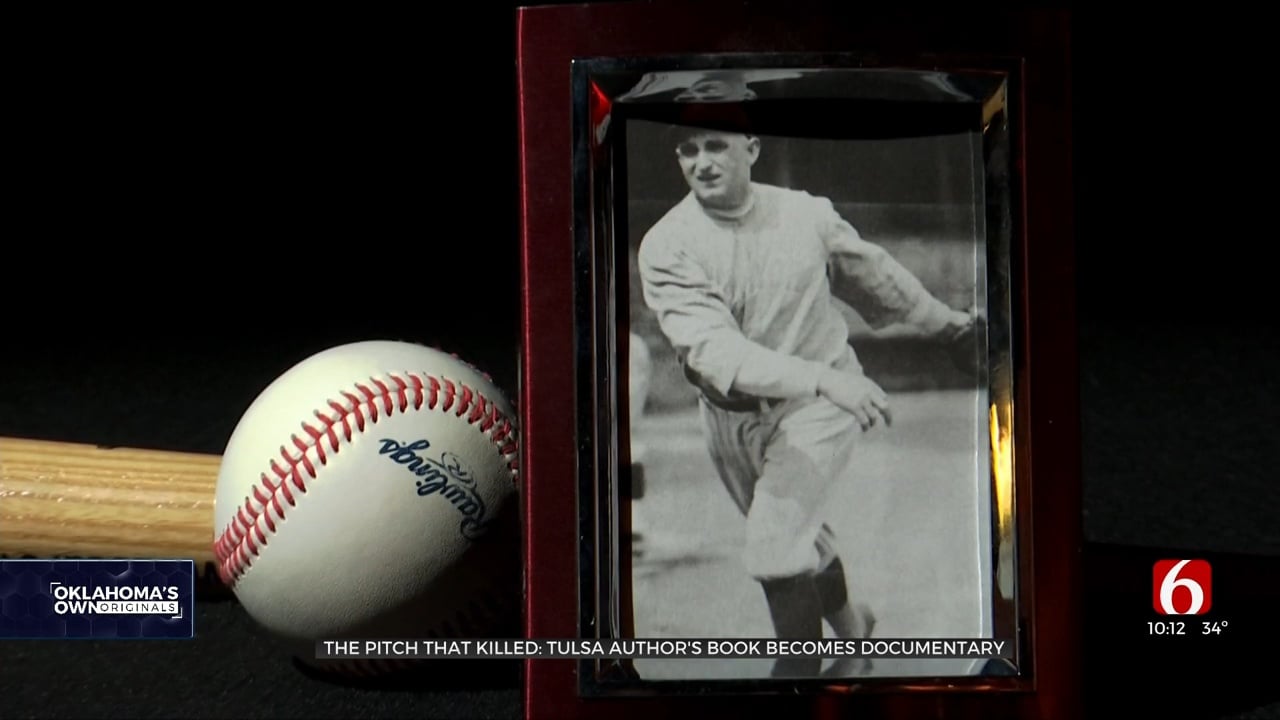 After more than 100 years, the most tragic event in major league baseball history is getting its own documentary. "War on the Diamond" is now streaming on services like Amazon, Google and YouTube. The film is based on a book by a Tulsa author.

“Always in the back of my head, I knew that someday I wanted to write a book,” Mike Sowell said.

Sowell is a former journalism professor at Oklahoma State University, a former sports editor at the Tulsa Tribune and the author of “The Pitch That Killed.” It’s the story of the only death from an on-field incident in Major League Baseball.

“This was a very important game they were playing, and it was only the fourth inning of a tie game, so there would be no reason for Carl Mays to throw at Chapman and risk hitting him and putting him on base,” Sowell explained.

One of the players involved in the tragedy has ties to the Sooner State.

“Mays’ family moved to Oklahoma after his father died, when Mays was only 12 years old, so Mays began playing baseball in Oklahoma,” Sowell said.

August 16, 1920 was the opening game of a crucial series between the Indians and the Yankees. Both teams were vying for the American League pennant. New York sent ace Carl Mays to the hill.

"Mays was a unique pitcher,” Sowell explained. “He threw totally underhand. He had hurt his arm in the minor leagues, and he developed a pitching motion that was almost like he was bowling."

The result was a pitch that rose as it approached home plate; opposite that of a typical, overhand delivery. In the fifth inning, with Cleveland leading 3-0, shortstop Ray Chapman stepped up to the plate.

A fast baserunner and a slick fielder, Chapman was beloved by virtually everyone he met.

The first pitch of the at-bat brought disaster. The ball cracked into the left side of Chapman’s head. This was decades before players wore batting helmets.

“For some reason, Chapman did not move. He stood there frozen,” Sowell said. “It hit him with such force, that it bounded back out toward the mound, and Mays thought that Chapman had bunted, and he went to field the ball and he threw to first base.”

Blood poured from Chapman’s left ear as he sank to the ground. Eventually, he made it to a hospital, but it was too late. Ray Chapman died overnight.

Mike Sowell read this story in a book as a boy, and it captured him. As he learned more, he realized, this story had never been fully told. While at the Tulsa Tribune, he wrote his own book: “The Pitch That Killed.”

"The story had been overlooked, so in 1989 I finished my book,” Sowell recalled. “I worked on it for three years and it came out in the late 80s."

The book won a Casey Award for best baseball book of 1989. It was a New York Times Notable Book of the Year and has been reprinted several times. Now, it’s getting the documentary treatment. “War on the Diamond” is now streaming.

“It’s pretty overwhelming, especially the way it’s played out, because you know the book’s been out for more than 30 years,” Sowell said.

Ray Chapman was likely on his way to being a Hall of Famer. Carl Mays, who grew up in Kingfisher and still has family in Oklahoma, likely should be in the Hall of Fame.

One pitch changed so much for both men. Mike Sowell is making sure their story is not lost to history.