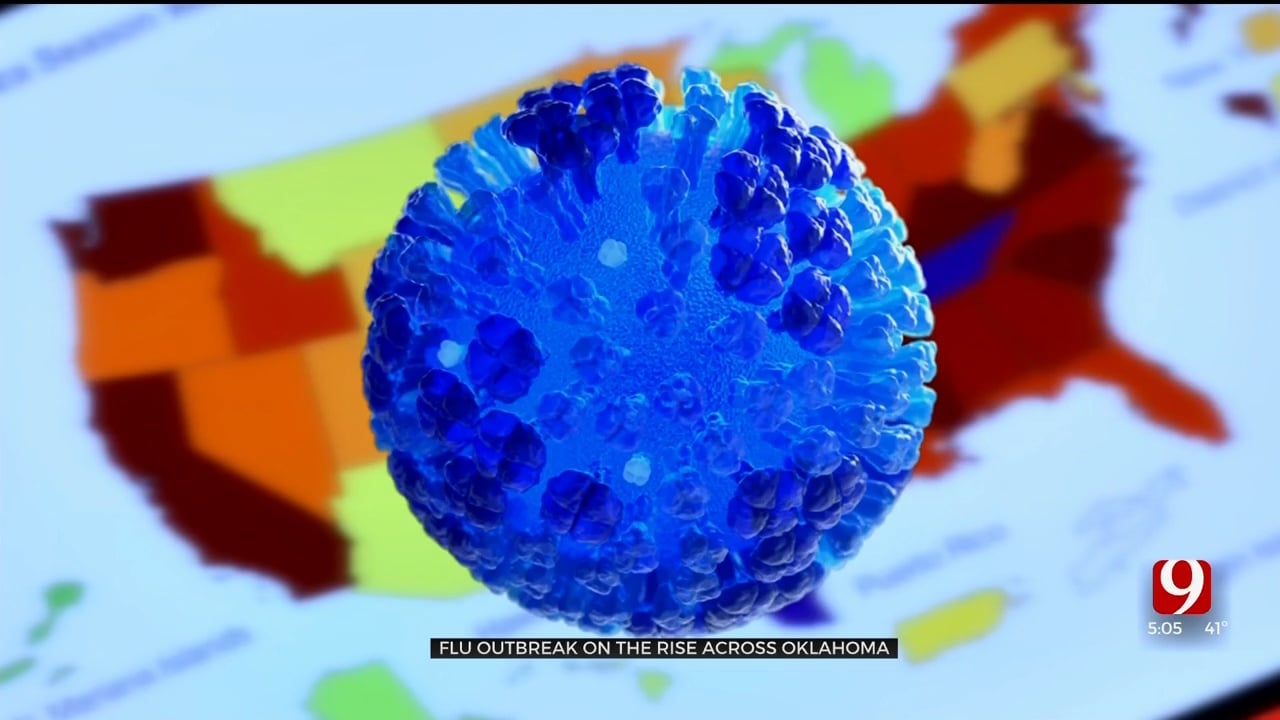 The Centers for Disease Control and Prevention said seasonal flu activity is spiking across the country, with 53,000 hospitalizations and 2,900 deaths since the season began.

According to the CDC, there have been at least 6.2 million illnesses so far this flu season as of Nov. 19.

Among the 2,900 deaths were 12 children. Five of those pediatric deaths were reported this week, the CDC said.

"Even in my office, we're seeing a lot of influenza B, much more so than COVID," Dr. Lacy Anderson, a family medicine doctor with Primary Health Partners, said. "I'm a little bit surprised how quickly it's gone up though. But that's how flu is. We'll see one or two cases one week and then 10 the next week. So when it hits an area, it tends to hit hard."

The CDC said Oklahoma is a state with a high flu activity level.

The Oklahoma State Department of Health said from Sept. 1 through Nov. 12, there have been 196 flu-related hospitalizations and three deaths.

"I think we'll see a peak within the next few weeks and then, we'll probably start to see it drop off a little bit," said Anderson. "One of the concerns right now is that we're having a little bit of a Tamiflu shortage. So sometimes, I'm having to send Tamiflu to multiple pharmacies to find someone who's got it in stock," Anderson said.

The CDC continues to recommend that everyone six months and older get the flu vaccine each year. The agency said in the 2019-2020 flu season, vaccines prevented an estimated 7.5 million flu-related illnesses.

Anderson also urged people who are sick to stay home.

"We're having a lot of outbreaks in schools right now because people are sending sick kids to school, and so, all the other kids are getting sick and bringing it home to their families," Anderson said. "And we're have a little bit of an outbreak at our work. Somebody came to work sick and then, two or three other people got sick too."