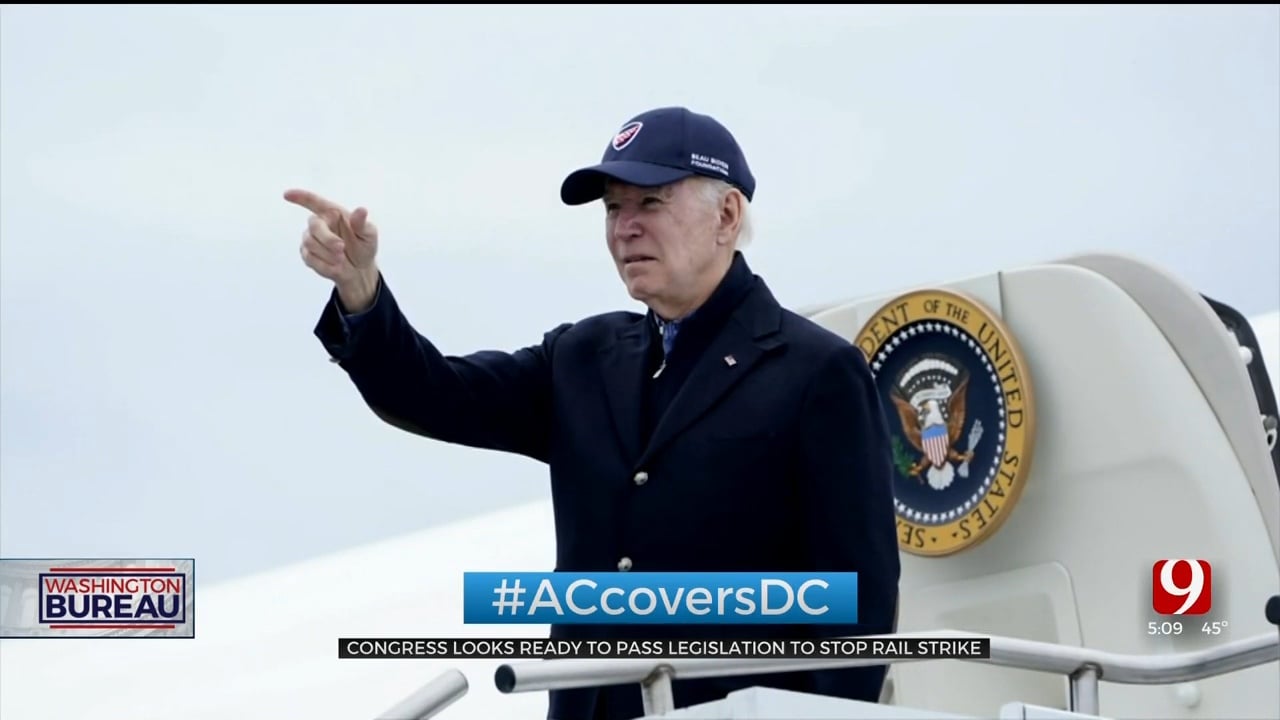 The possibility of an economically devastating rail strike next month appears to be dwindling as congressional leaders, at President Biden’s urging, have signaled their willingness to quickly pass legislation forcing unions to adopt the labor deal negotiated with the help of the administration last summer.

Four unions representing a majority of rail workers recently voted to reject the deal, angry with a paid sick leave policy that they say penalizes them for taking even just a day or two off for a minor illness or to care for a sick child.

But President Biden, who has generally shown himself to be a strong supporter of organized labor, Monday night called on Congress to pass legislation to block a strike, which he says would cripple the economy.

“Without freight rail, many U.S. industries would shut down,” the president said in a statement. “My economic advisors report that as many as 765,000 Americans – many union workers themselves – could be put out of work in the first two weeks alone. Communities could lose access to chemicals necessary to ensure clean drinking water. Farms and ranches across the country could be unable to feed their livestock.”

In a meeting with House and Senate leaders at the White House Tuesday, the president reiterated his concern and the need, he says, to avoid a strike.

"Congress, I think, has to act to prevent it," Biden said. "It's not an easy call, but I think we have to do it, the economy's at risk."

About 30 percent of the nation's goods by weight move by rail. A shutdown, experts say, would cost the economy about $2 billion a day, while disrupting supply chains and causing shortages.

"Water will not be safe, products will not be going to market," Speaker Nancy Pelosi (D-CA) told reporters following the meeting. "We could lose 750,000 jobs--some of them union jobs."

Four of the twelve rail worker unions rejected the agreement the Biden administration helped negotiate this summer, complaining provisions for paid sick leave are completely inadequate, and were preparing to strike a week from Friday.

But under the Railway Labor Act, Congress can force the parties to accept the terms, and Speaker Pelosi says legislation doing just that will hit the House floor Wednesday morning.

"I don't like going against the ability of the unions to strike," said Pelosi, "but weighing the equities, we must avoid a strike."

Republicans are blaming President Biden for allowing the situation to get this far and for putting Congress in this position, but suggest they will support the legislation.

"I think it will pass," said Rep. Kevin McCarthy (R-CA), House Minority Leader, "but it's unfortunate that this is how we're running our economy today."

Oklahoma Congressman Frank Lucas says freight rail is critical in keeping supply chains connected and especially important to farmers and ranchers. But he had yet to see the legislation and was not willing to say how he would vote.

"It’s hard to pre-judge with the vote and how the package will be put together on the floor," Rep. Lucas (R-OK3) said in an interview Tuesday afternoon, "but I would just simply say, from my vantage point, it’s important, the railroads not shut down."