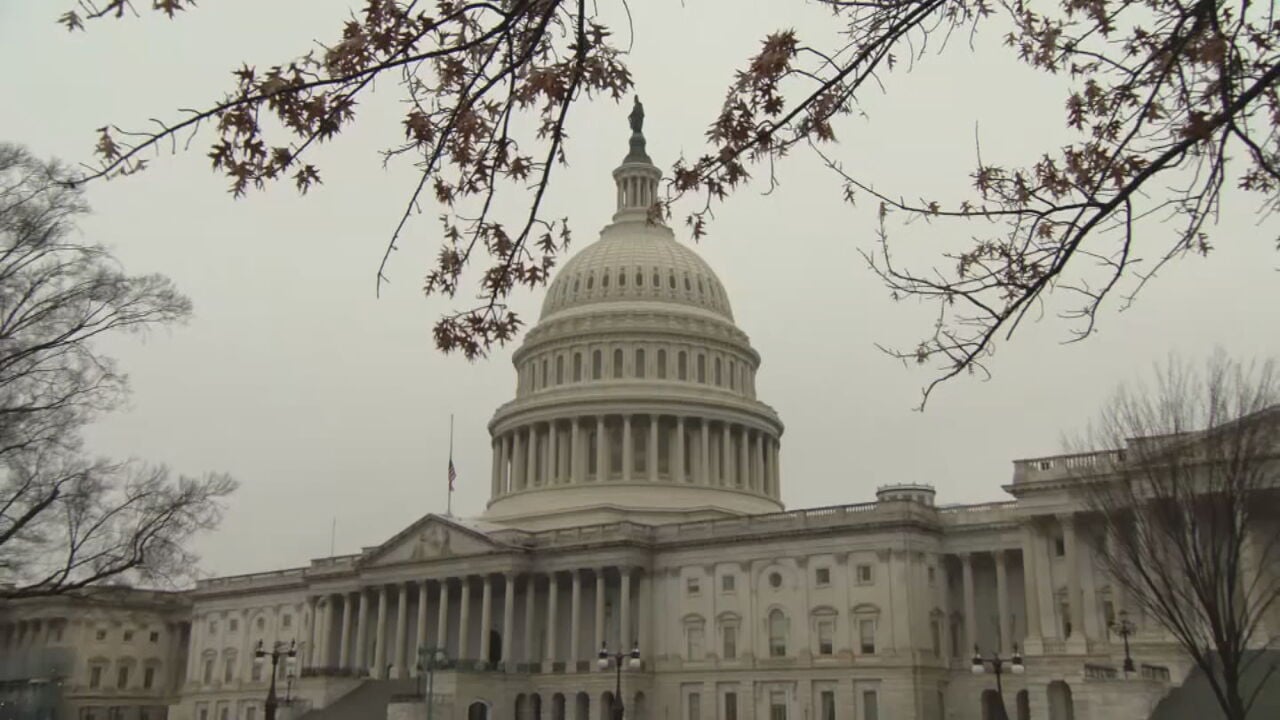 The 117th Congress is officially on its last legs, back in Washington for one final month before the new Congress is sworn in on January 3.

For Democrats, it will be one final month to control the agenda in both chambers and try to push priorities across the finish line. For Republicans, especially in the House where they will narrowly become the majority next year, it will be a month to try and build a unified front.

While Rep. Kevin McCarthy was the Republicans' overwhelming choice to be their nominee for Speaker of the House, he currently lacks support from members of the GOP's far right Freedom Caucus, which he may need in order to get the 218 votes needed.

Currying favor with those members may have been extra motivation for McCarthy to hold a news conference at the southern border last week where he called on Homeland Security Secretary Alejandro Mayorkas to resign, or face impeachment.

Republicans are promising vigorous oversight, not just on the administration's border policies, but also on the botched withdrawal from Afghanistan, alleged bias at the Department of Justice, and more.

Republicans have also been making clear that continued funding to support Ukraine in its effort to stop the Russian invasion, while likely to continue, won't be automatic.

"We are going to provide more oversight, transparency and accountability," said Rep. Michael McCaul (R-TX) Sunday on ABC's This Week. "We're not going to write a blank check."

President Biden said he and his administration remains committed to the people of Ukraine.

"This is no time to walk away from Ukraine," said Biden over the Thanksgiving holiday. "Not at all."

The Biden administration wants Congress to approve an additional $37 billion in aid for Ukraine before the end of the year.

Democrats also hope to codify same-sex marriage during the lame duck session and may stage another -- probably doomed -- effort to ban assault weapons, following another rash of mass murders.

"The idea we still allow semi-automatic weapons to be purchased is sick," the president told reporters. "It's just sick."

Beyond such partisan issues, there will likely be bipartisan support for beating the December 16 government funding deadline.

"We’ve got to be able to get through the appropriations bills," said Sen. James Lankford in a recent interview. "That’s essential for the basic operation of our government."

And certainly both sides, sometime in December, will come together and pass what will be Senator Jim Inhofe's final National Defense Authorization Act.

One more thing to expect before the end of the year: the bipartisan House committee investigating the January 6 attack on the Capitol will be releasing its final report.