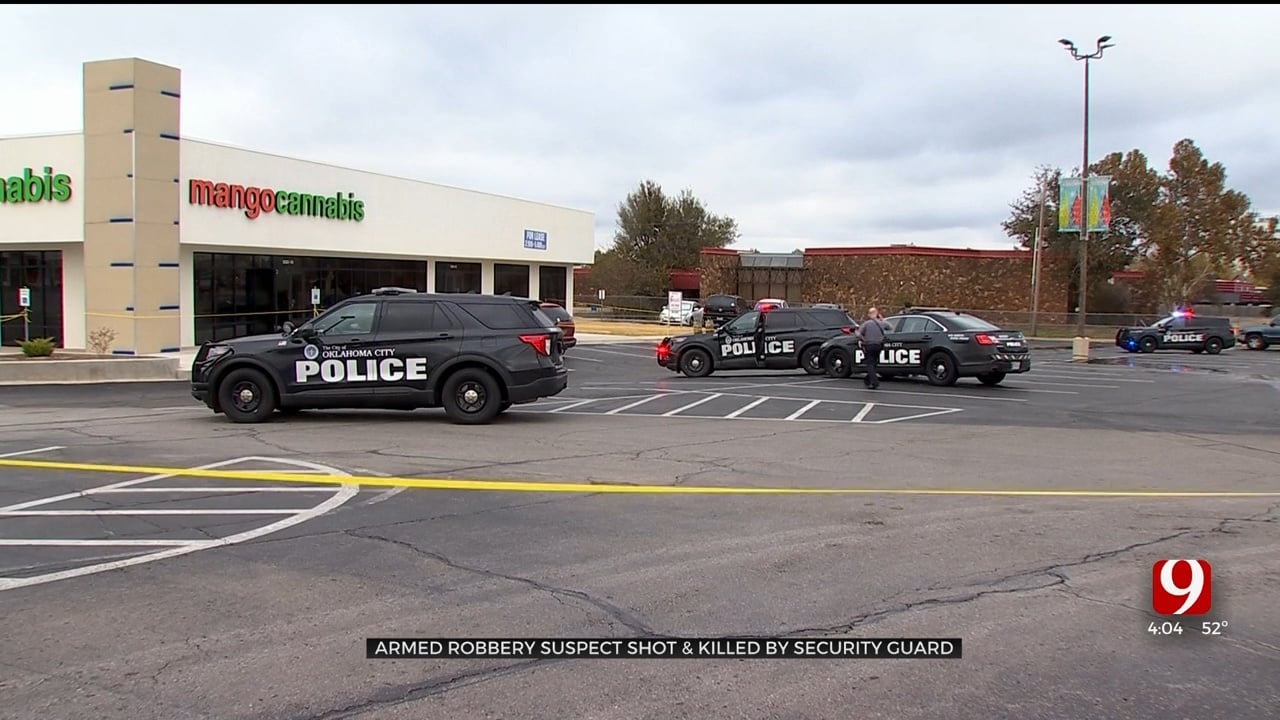 Police said the suspect entered a Mango Cannabis dispensary on the Northwest Expressway with a weapon around 11 a.m.

Authorities said the security guard confronted the suspect and shot him inside the store.

Police said the suspect died at the scene. No names have been released at this time.

The details of the shooting are unknown at this time.