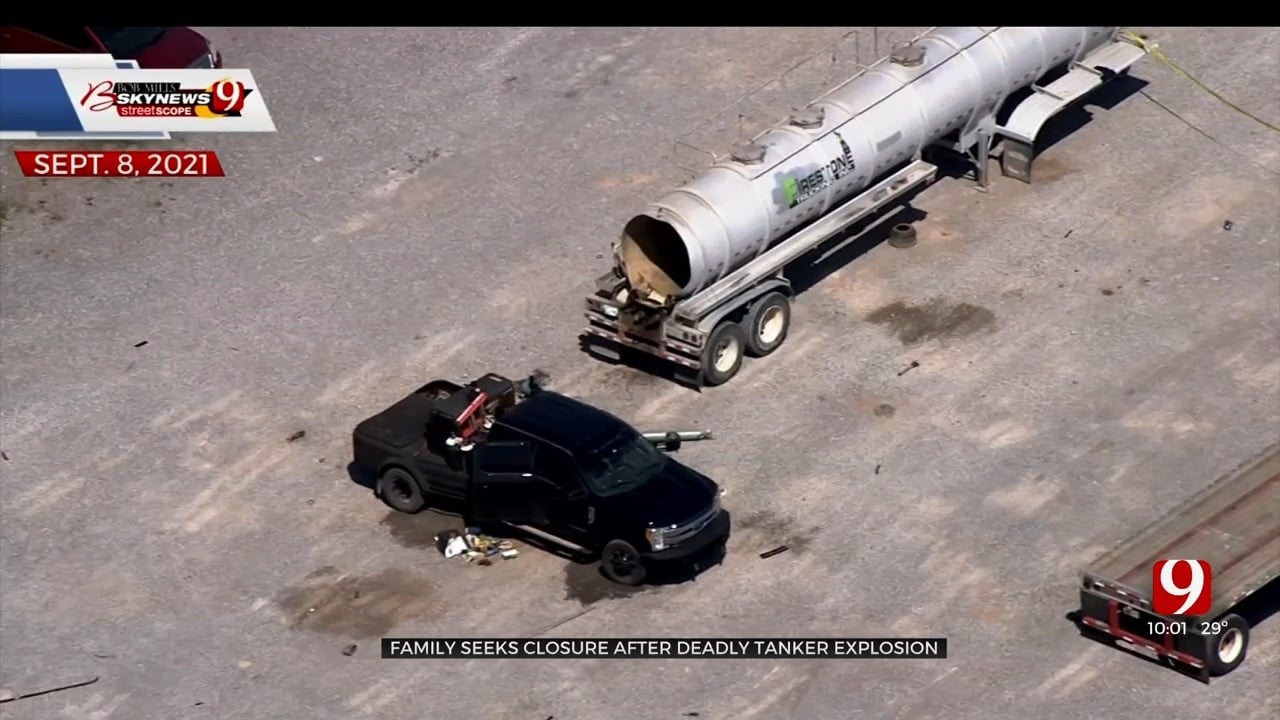 A Minco company is seeking to have court documents hidden from public view as it denies wrongdoing in a Sept. 8, 2021 worksite explosion that killed Joey Bonds, a contracted welder and father of five.

Kristin Bonds, Joey’s wife, said she still thinks of him every day.

“My house still looks like he never left,” said Kristin. “His fishing poles are still in the dining room. His clothes are still hanging up in the closet. His dog still looks for him.”

“That day I lost everything in 2.5 seconds. I lost my spouse, I lost my best friend, I lost my fairy tale,” she said.

At the time of the explosion, Joey Bonds was working on a leak in a trailer that belonged to Firestone Trucking Inc. at the company’s worksite in Minco.  Bonds, a contractor, was killed instantly after the explosion. The father of five was 40 years old.

The Occupational Safety and Health Administration (OSHA) cited the company for two “serious” violations, including not notifying a contractor of fire hazards found in equipment being repaired.

Bonds’ lawsuit, filed in Grady County district court, goes one step further. She claims the company “deliberately failed to warn Bonds” of the flammable materials in the trailer.

Firestone Trucking denies all wrongdoing, according to attorney Joshua Poovey.

“Our client, Firestone Trucking, is sympathetic to the Bonds family and grieves their loss as a result of this tragic accident. Firestone denies the allegations raised against it. We will not comment further at this time due to the pending litigation,” Poovey said in an email to News 9.

In its response to the lawsuit petition, Firestone Trucking suggested that Bonds should have been able to notice the flammable material in the truck.

“The condition was open and obvious to Joey Bonds,” the company wrote.

Firestone and its insurer, Zurich American Insurance Company, asked the court to seal multiple documents including Kristin Bonds’ petition and details from the OSHA report. The documents could influence potential jurors “in a manner not condoned by Oklahoma.”

Paul Kolker, an attorney for Kristin, objected to the companies’ motion to seal. He said the OSHA report and other documents are publicly available and show “the truth.”

“These are things that are publicly accessible but for some reason this company did not want them to be part of the record,” Kolker said.

The motion to seal will be argued before a Grady County judge in December.

More than anything, Kristin said she wants to prevent another tragedy on a worksite.

“It needs to be corrected so nobody else has to go through the same pain that me and my kids are going through,” Kristin said. “I mean we wake up every morning and the biggest person that was in our home is not there.”

OCPD Warns Oklahomans About Increase In Porch Pirates During Holidays