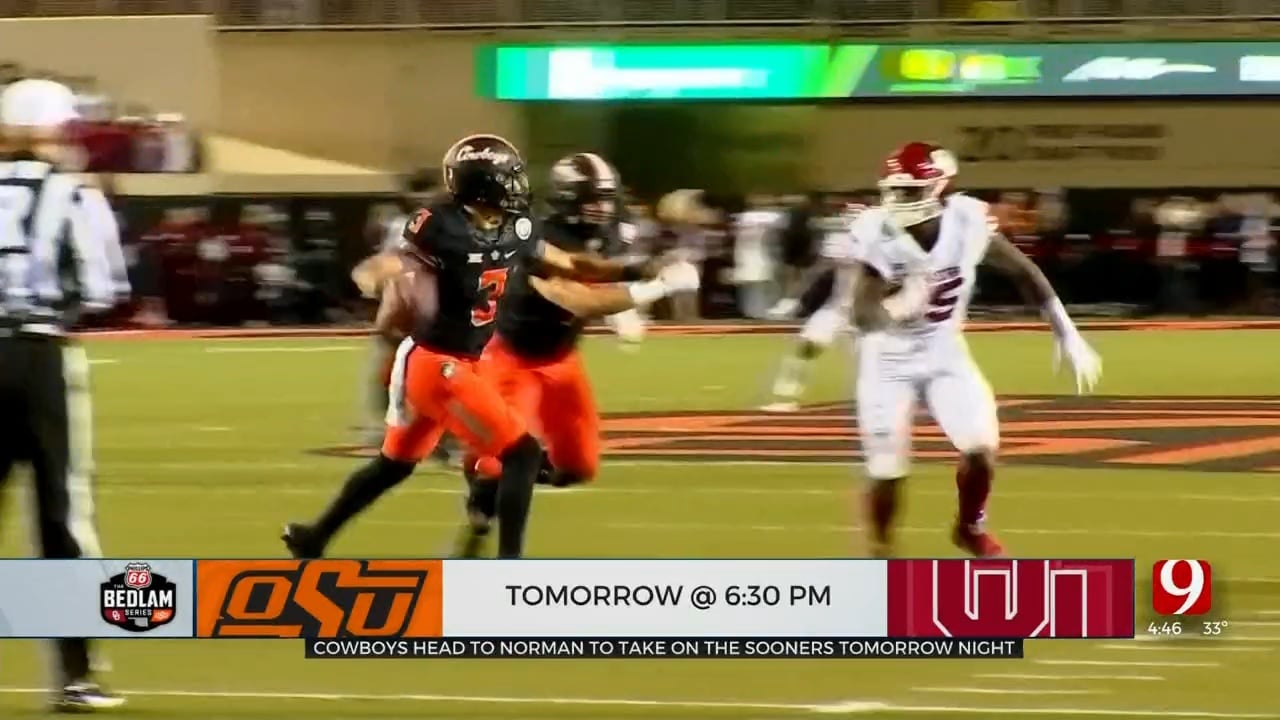 Saturday is one of the last three scheduled matchups on the football field for the Oklahoma State Cowboys and Oklahoma Sooners, as the series will not continue after the Sooners move to the SEC in 2025.

If the Cowboys win, it will be the first time ever in his career as head coach Gundy would have won Bedlam in back-to-back years.

Meanwhile, OU head football coach Brent Venables and the Sooners are looking to get things back on track in Venables' first Bedlam matchup as head coach.

A win for the Sooners tomorrow night would mean OU is finally bowl eligible this season, if they lose however, the Sooners would have to win next week against Texas Tech, else they break their 22-year long streak of ending the season with a winning record.

Kickoff for Bedlam is at 6:30 p.m. at the Gaylord Family Oklahoma Memorial Stadium in Norman.