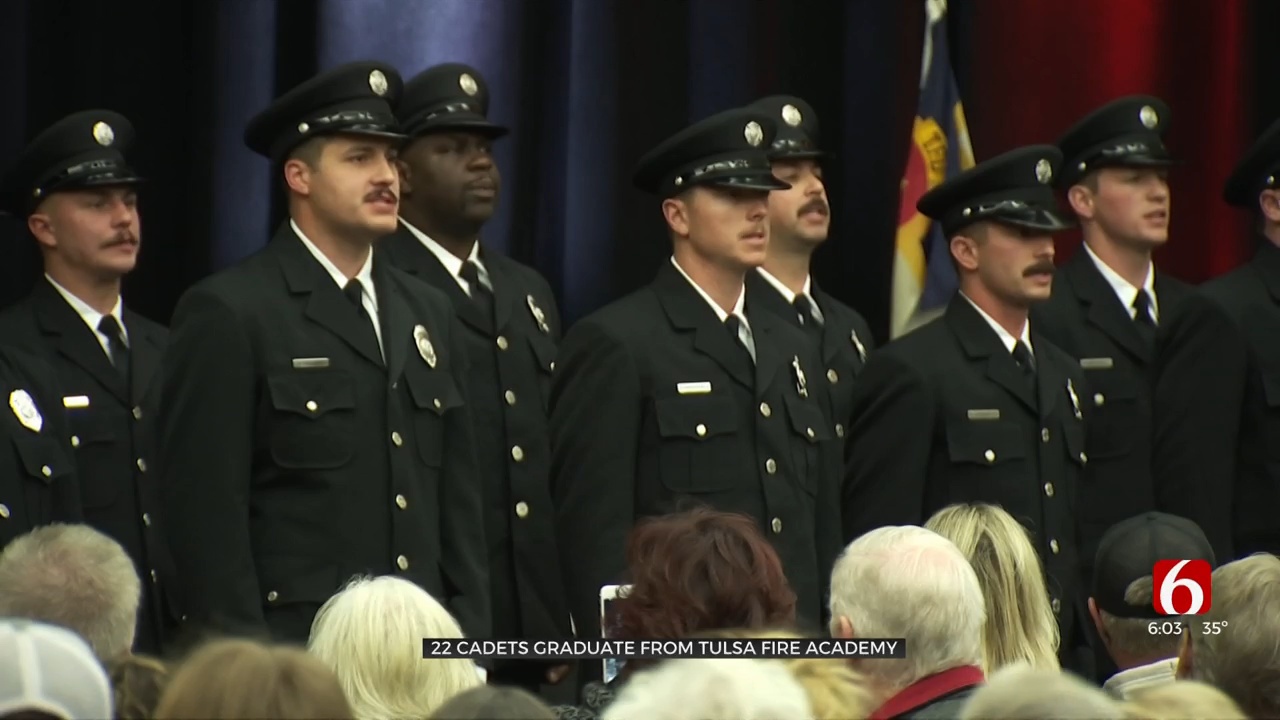 The Tulsa Fire Department has 22 new firefighters Wednesday. A ceremony was held to swear in the cadets.

The fire cadets were told that this career will be a lifetime of hard work, but one that will continue giving back to people every single day.

It's taken many months, even years of preparation for these men and woman to get to this moment.

“I want to thank you every single one of you for choosing this profession for the lives you are going to save in this city," said Tulsa Mayor GT Bynum.

The 22 cadets have trained in water, and on land and now they’re ready to take on fires.

Words of wisdom from fellow firefighters prepared the cadets of a lifetime of service.

“There’s a lot to come in your next 25 years, this is your mission, your assignment, your city and everyone who lives in it," said Chief Michael Baker.

The firefighters were pinned by training officers and many by their own fathers or brothers also in the fire department.

Awards recognize those who stood out the most during training.

One of those awards was created to honor beloved Captain Josh Rutledge who recently passed away.

Many of the cadets said they've been inspired by others who served.

“These people are some of the brightest, most driven people I’ve met," said Ismaila Robinson. "They’re all kind-- we are all thankful for each other.”

New firefighter Ismaila Robinson said he was inspired to join the department after a firefighter changed his life as a kid. He said he's ready to take on his dream job.

"I’m smiling every day, this will be on my face for the next 25 years," said Robinson.

Mayor Bynum said he recently gave the biggest raise in city history to the firefighters to show the city's appreciation for these men and women.