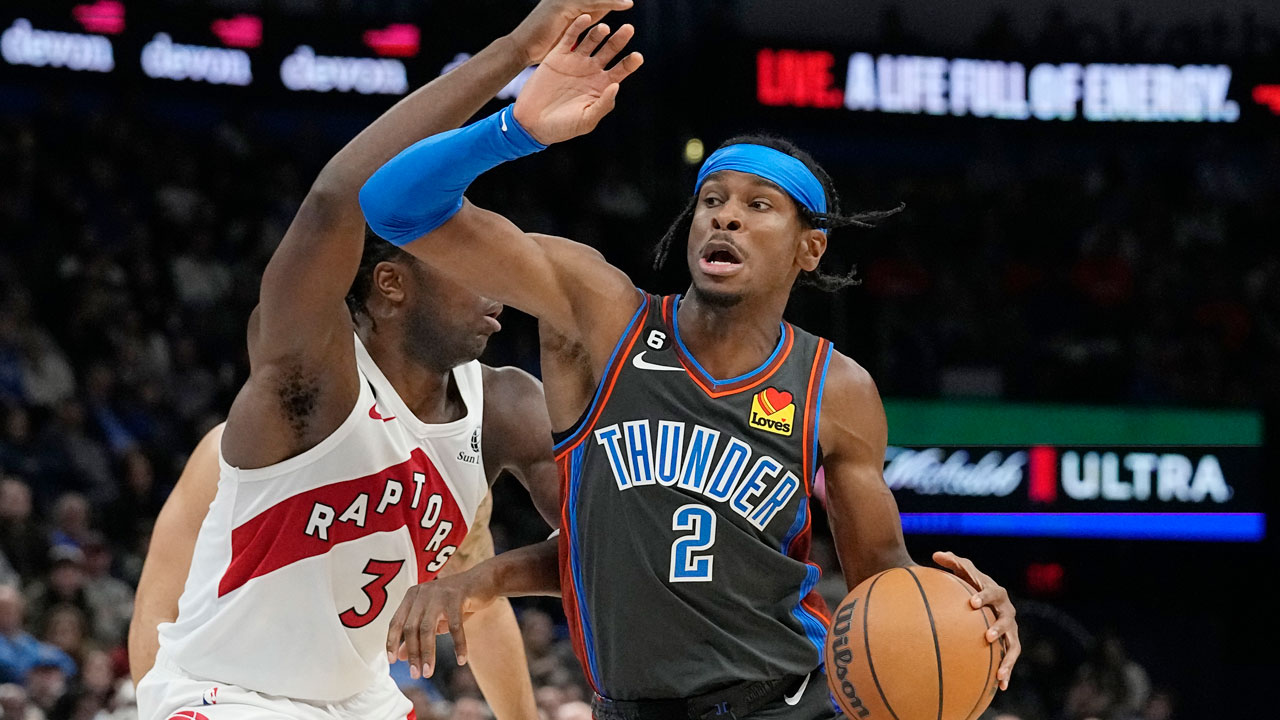 Omoruyi, a two-way player in his second year, made 8 of 10 field goals in a reserve role.

Pascal Siakam, Toronto’s top scorer, sat out with a right adductor strain. Chris Boucher led the Raptors with 20 points and 12 rebounds in a reserve role and Scottie Barnes and Fred Van Vleet each added 15 points.

Oklahoma City rolled out to a 70-56 halftime lead. The Thunder led by 17 points early in the third quarter and didn’t look back, holding at least a 15-point lead through the remainder of the game and pushing the advantage to 32 points in the fourth quarter.

Raptors: C Precious Achiuwa did not play. He is out indefinitely with an ankle injury. ... Shot 43.2% from the field. ... No starter scored more than 15 points.