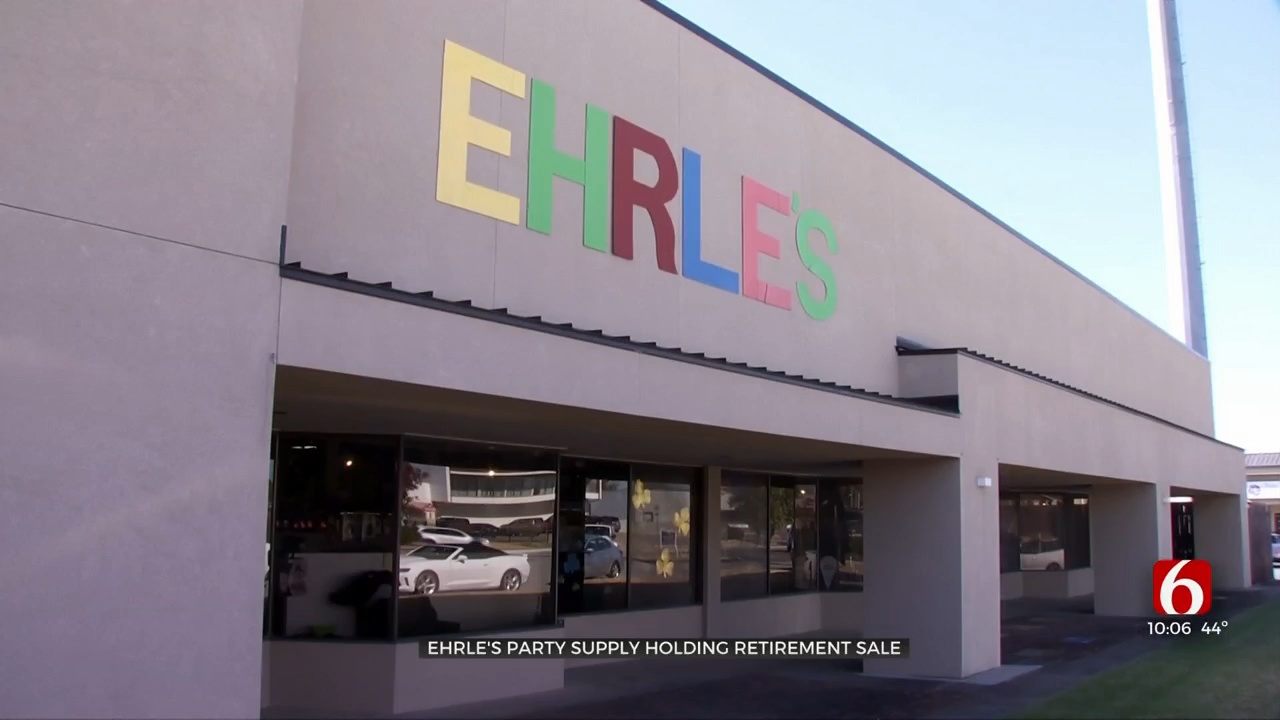 But now, it's closing for good.

The folks at Ehrle's said after 67 long years, the party has finally ended.

Ehrle's has been a Tulsa staple for decades.

"I've been shopping with my mom when I was a kid. Halloween costumes, and things like that," said Gerald Buchanan, Tulsa.

The building has been sold and the owner says they couldn't find another location.

"We are not able to move somewhere else in Tulsa, unfortunately. So, this is our goodbye to Tulsa. 67 years, it's been a lot of fun," said Tracey Campbell, Ehrle's Party Supply

It's been the go-to store for party planning, decorations and costumes and it makes customers sad to see it go.

"I was just driving by and saw the sign, I was just in shock," said Buchanan.

Chase Venable said for some kids in the area, it's not just a store.

It's where memories were made.

"So, I sometimes bike here with some friends from the neighborhood, and we just check the selection out. And we've been doing that for about two years now," said Venable.

It's clear, Ehrle's is special for many Tulsans.

"It's been really nice to get to know all the people and help them celebrate big milestones in their lives," said Campbell.

Ehrle's is getting rid of everything, from costumes to party supplies and rentals.

Because the only good thing about a party being over, is sometimes you can take a party favor with you.

"That'll be our legacy. We have a little bit of our games and things all over Tulsa now," said Campbell.