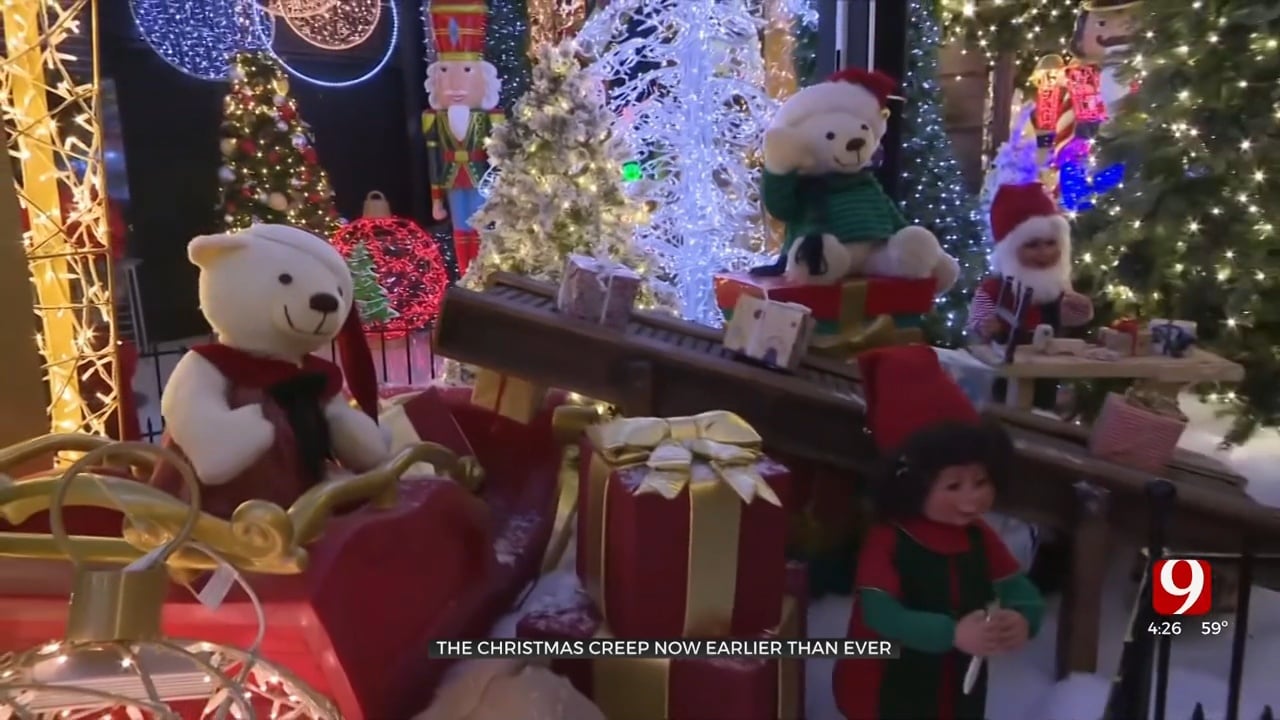 Christmas comes once a year, but it feels like the holiday season is arriving earlier than ever in 2022.

CBS’ Bradley Blackburn gives a look into why the holidays may seem like they’re creeping a little earlier this year.

Many stores are already putting up their holiday displays before Halloween.

At the American Christmas warehouse in Mount Vernon, New York, Christmas can't come earlier because it really never ends. All year, employees plan and prepare high-end holiday displays for clients in 30 states, including some of New York City's most iconic spaces.

Casterella says many holiday installations have become so complex that they can take weeks to put up, so the work must start in October in order to be ready by the holiday season. American Christmas employs hundreds of workers across the country to get the job done on a tight timeline.

"The next six weeks are what we call go-time," Casterella said. "I think the consumers at first glance are a little bit shocked that it's up before Halloween, but what a lot of people don't recognize is that it's a process. It doesn't go up overnight."

Retailers may also be responding to consumers who are starting their holiday shopping earlier in part due to concerns about inflation. According to a recent National Retail Federation survey, 46-percent of consumers plan to begin buying this year's gifts before November. 44-percent said they thought prices would only increase later in the holiday season.

Another reason you're seeing so many, lights, ornaments and other decor on sale in stores is that there is a glut of Christmas goods. Last year, supply chain problems meant some holiday stock arrived too late to be sold. So this year, some stores are now selling essentially two Christmases' worth of decorations.

"Usually we'd start seeing some of the Christmas or holiday stuff at the end of October or beginning of November. Now we're seeing it probably a month before," said Dr. Patrick Penfield, professor of supply chain practice at Syracuse University. "I think to their surprise and also to their chagrin, they have a ton of inventory. So my expectation is that you'll probably be seeing a lot of sales in the next month or so."