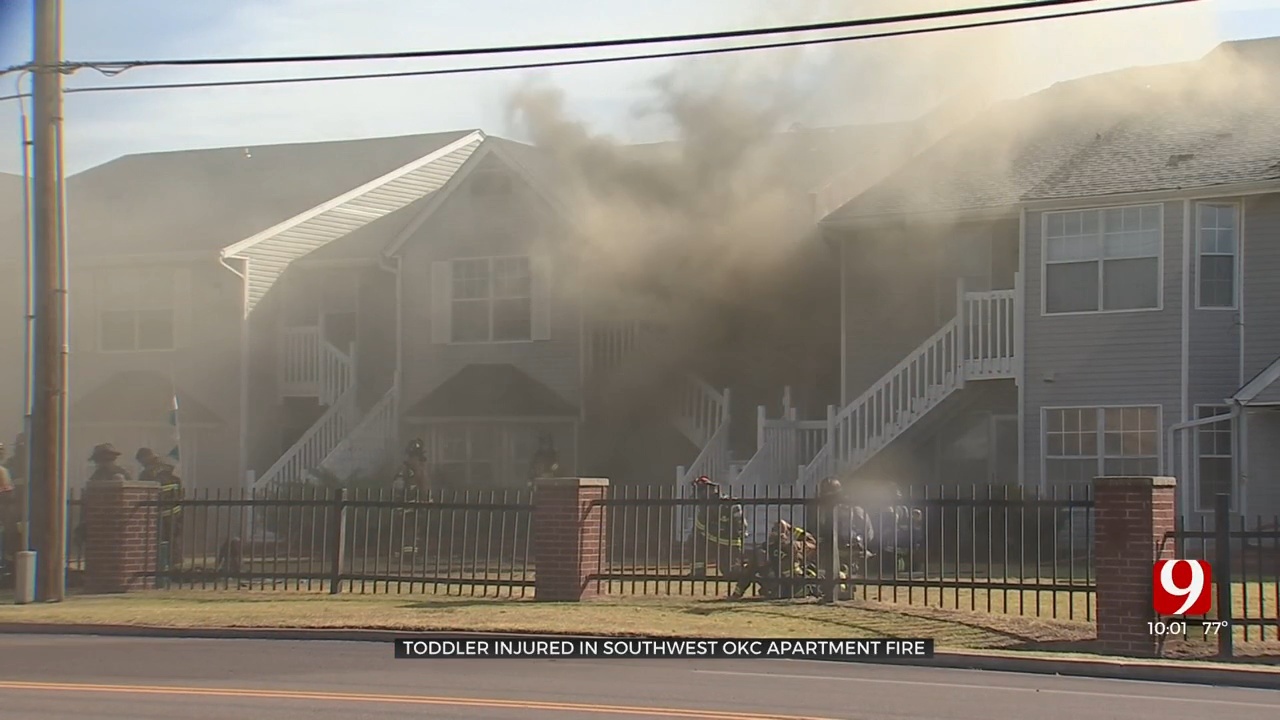 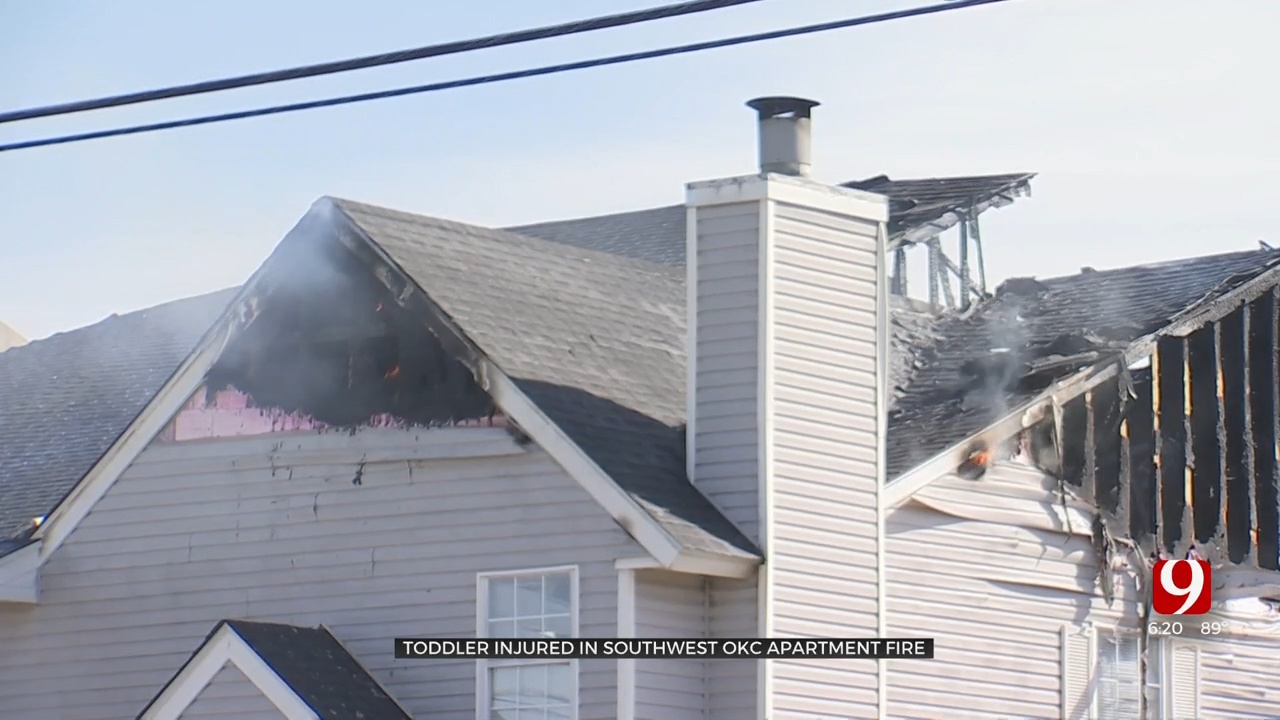 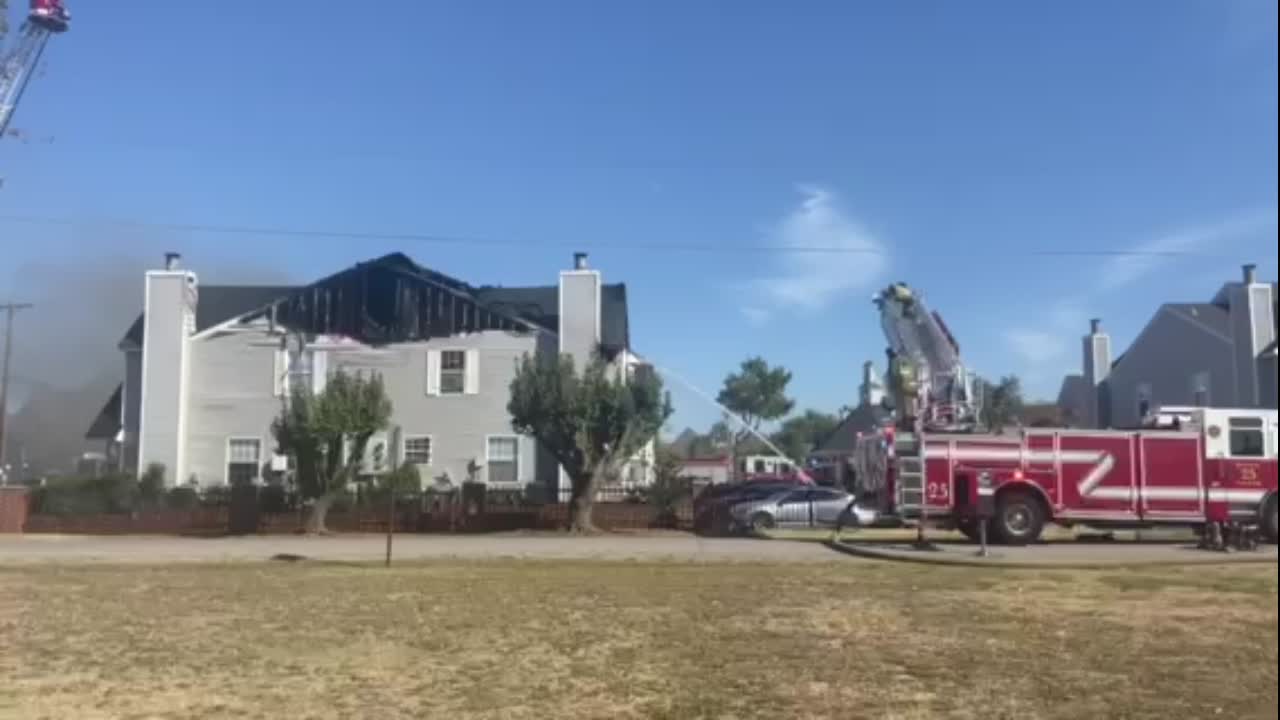 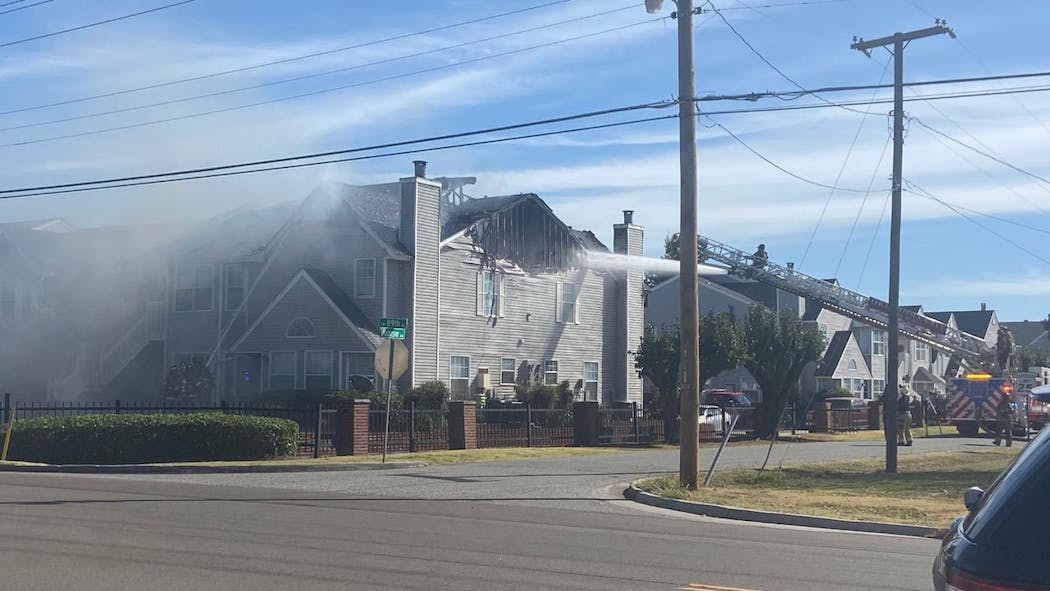 Oklahoma City firefighters pulled a young boy from a burning apartment on Saturday afternoon. The fire started outside of the Cape Cod Condominiums at 148 SW 89th Street in Oklahoma City.

Shearer said the boy was surrounded by fire in the living room.

“They were able to fight through that fire and go inside and they immediately found the kid who was yelling for them,” he said.

Firefighters rescued the 4-year-old boy from the apartment.

“He had flames above him as well in the room,” Shearer said. “They were able to knock those flames down enough and get him outside and then they began treating him.”

According to Shearer, the boy's aunt was outside when the crew arrived.

“There was no parent inside the structure with the child,” he confirmed.

After the rescue, the fire jumped over the fire wall.

“When we drove by the flames were as high as this fire truck, they were up there,” said witness Amber Mathis.

Mathis said she stopped and called 911, then tried to help.

“I jumped the fence and was banging on doors and trying to get people out,” Mathis said.

Fire officials say a cigarette or cigar sparked the fire outside of the complex between two apartments. Firefighters attacked the 2-alarm fire with water from several angles, including from a ladder truck high above. However, the fire spread fast, fueled by the wind.

“We had an opening on the southside of the structure where the wind was blowing straight in and that's what caused it to spread so quickly,” Shearer said.

A total of 10 apartments were affected by fire or smoke damage.

“Most of these apartments are not going to be livable,” he said.

Several people were treated on scene, but no other serious injuries are reported.

“I'm glad the baby's okay, I’m glad everybody's okay glad they got everybody out,” Mathis said.

The fire has been ruled accidental. The little boy is expected to be okay.