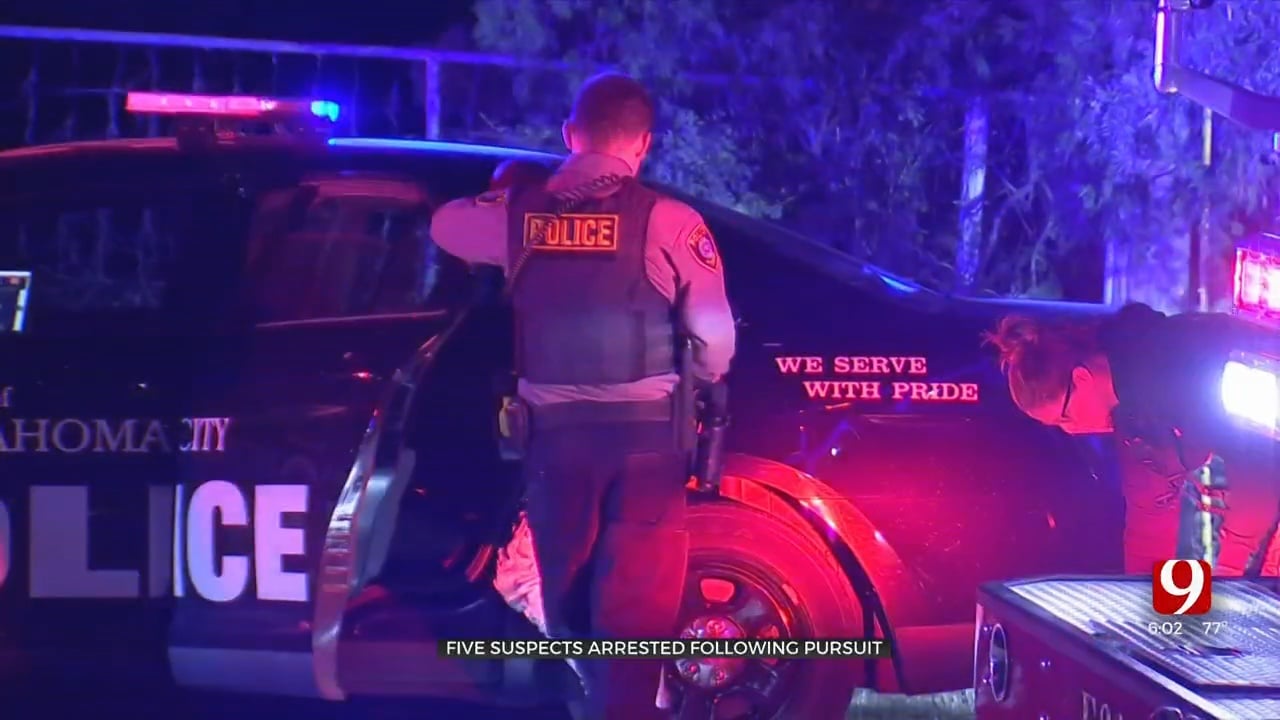 Five people were arrested Thursday morning after a chase near Mustang.

“Once we made contact with the subjects, they chose to attempt to allude the officers and took off and chased until they crashed,” said Rob Groseclose, the Chief of Police at Mustang Police Department.

Police said the suspects later abandoned their vehicle and fled on foot, but Mustang Police were able to take them into custody. One of the suspects was sent to OU Medical Center for injuries they sustained before the chase.

Mustang Police confirmed four out of the five arrested were juveniles.