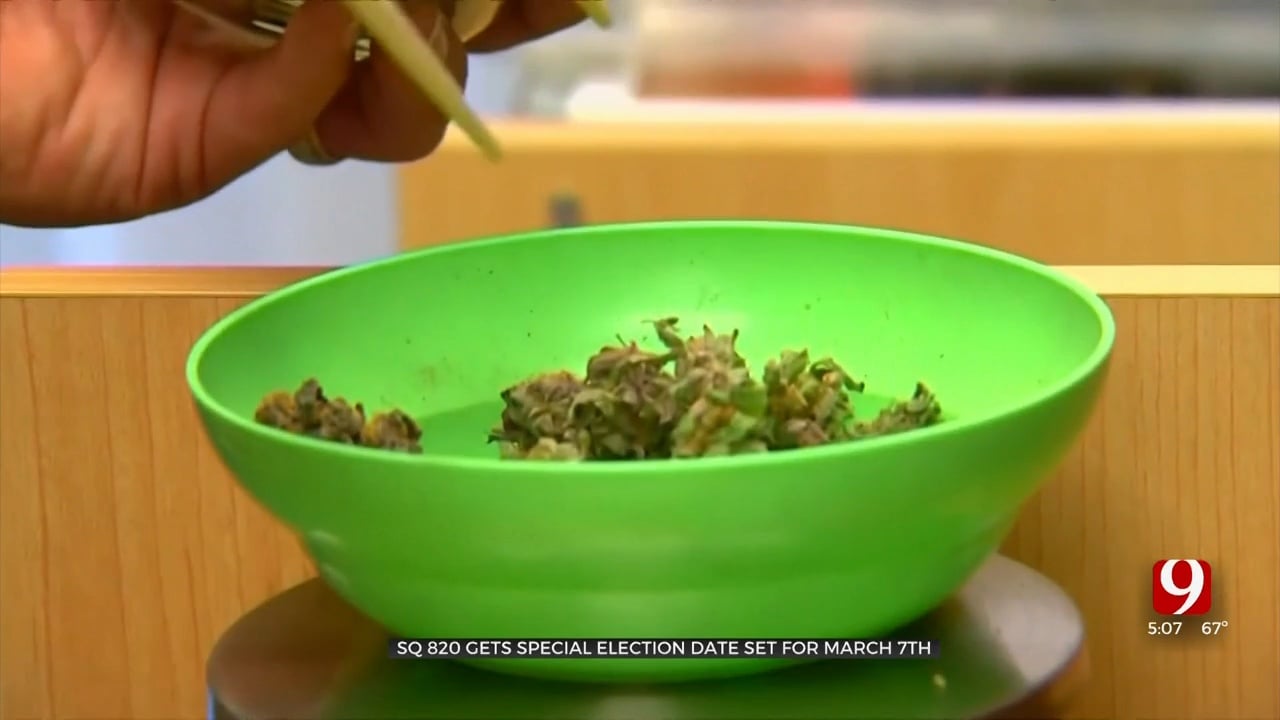 After months of trying to get State Question 820 on the November ballot, the Oklahoma Supreme Court shot down petitioners.

This Tuesday, Governor Kevin Stitt called a special election for Oklahomans to vote on recreational marijuana.

The group advocating for SQ820, YesOn820, turned in more signatures than required for the question to get on the ballot. They turned those signatures in a month before their deadline.

"We're very, very excited after years of work and all of the delays we faced," said Michelle Tilley, Campaign Director for Yes On 820.

Now, Oklahoman’s will have the opportunity to vote on the measure, but it will cost taxpayers a pretty penny.

The State Board of Elections said the March Special Election will cost the state upwards of $1.3 million.

It all comes back to the signatures and how much time it took to verify them. According to YesOn820, the Secretary of State’s office told them it would take three weeks. The new software to verify them messed up the process.

The State Supreme Court, in their decision to omit SQ820 from the November Ballot passed the blame to the Secretary of State's office and their new software. The decision read, "any delays to the process were caused by the Secretary of State's 'learning curve' associated with the use of the new." That software comes from third party contractor Western Petition Systems LLC.

Governor Stitt could have intervened in the process in August, but instead waited until now.

"From an electoral standpoint, there are some people angry this didn't get on the general election so some people can be motivated to turn out and vote against the Governor for not doing anything on this," explained Scott.

Neither Western Petitions Systems LLC or the Secretary of State's Office responded to News 9's request for comments.