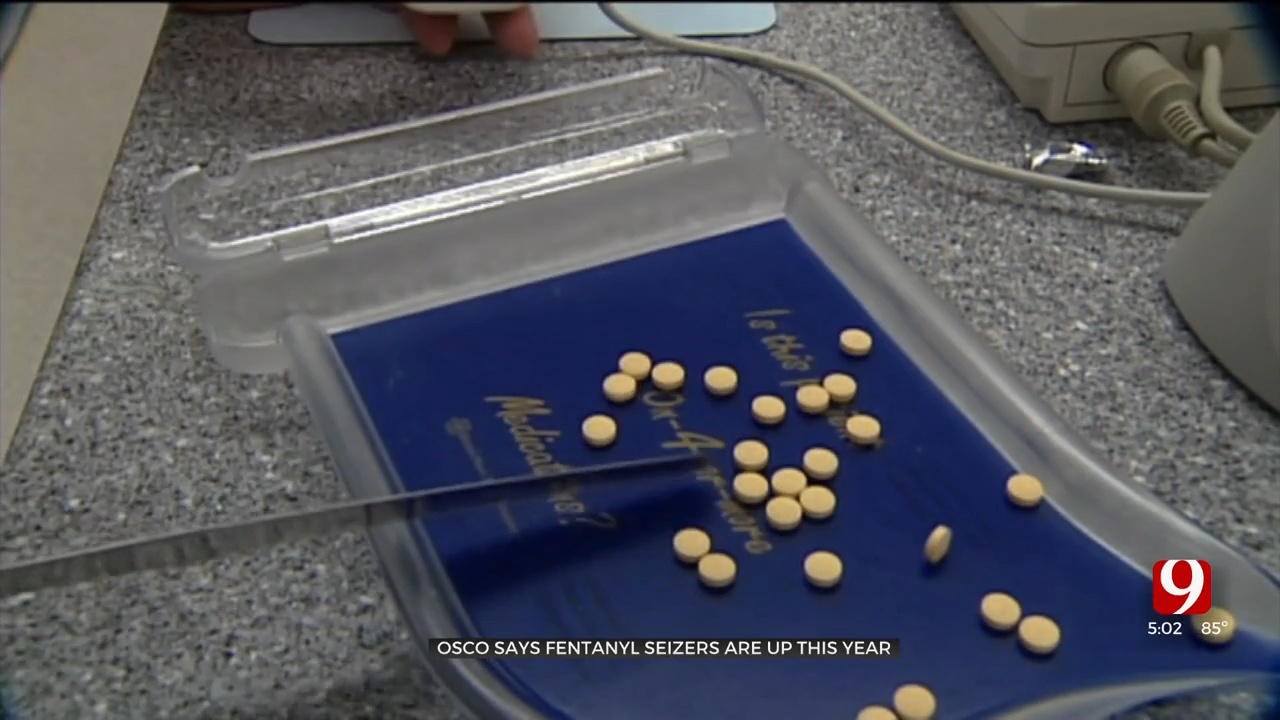 The Oklahoma County Sheriff’s Office said it is seeing drugs laced with fentanyl at an increasing rate.

Deputies have confiscated 10 times more fentanyl in 2022 than they have in all of 2020.

“This stuff is poison and we're just seeing it in numbers and volumes that we've never seen before," Oklahoma County Sheriff's Office spokesperson Aaron Brilbeck said.

The department confiscated three pounds of fentanyl total in 2020. They have seized 29 pounds already.

“You have to assume that this drug has permeated every part of the drug culture,” Brilbeck said. “This poison is getting into a lot of other drugs that many people consider safe: marijuana, cocaine, heroin.”

Fentanyl overdose deaths are up 700% since 2018, and many of these cases are ending up with the suppliers behind bars.