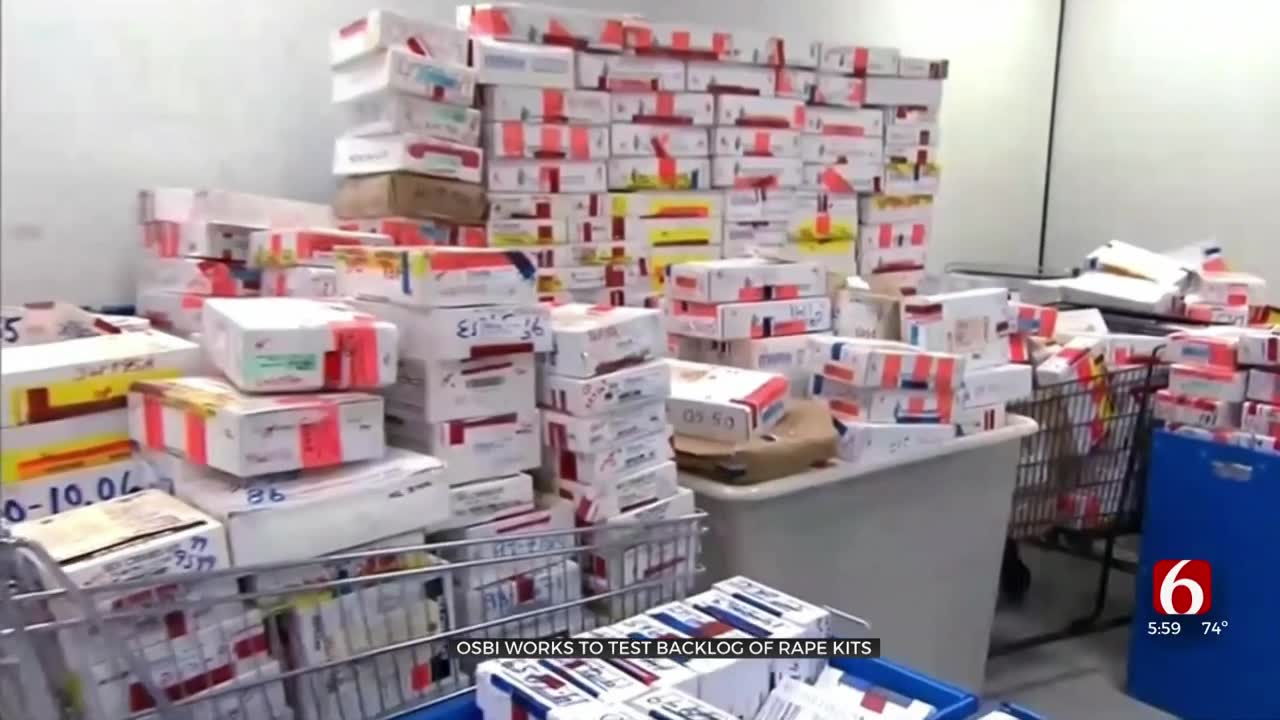 The Oklahoma State Bureau of Investigation reported it is making a dent in the statewide backlog of sexual assault kits that need to be tested.

The agency said it is using grant money, new partnerships and new employees to get kits tested as quickly as possible.

The OSBI said it has hired seven people to work specifically on testing the kits and using outside labs, which the agency said results are often coming back with matches to offenders.

The OSBI has been tasked with a big job: To catch up on the state's testing back log of sexual assault kits.

Senate Bill 967 passed in 2019 also directed the OSBI to develop a statewide tracking system for those kits.

"We have a grant currently running,” explained Spurlock. “We were working with the AG's office pretty heavily on that. We have now staffed that unit, so we have investigators working out in the field, we've partnered with the lab, AG's office, some of our other agencies."

As of this September, 1,483 kits are being analyzed and 1,384 have not been submitted to the OSBI.

The agency said it has completed analyses on 547 kits as of the end of August.

“We're making sure those cases now are getting into the system for managing violent offenders, ViCap and that type of thing," said Spurlock.

Spurlock said a lot of the progress comes from hiring seven people to focus on DNA and serology, which is the study of serum and other bodily fluids.

"So, I think we're successful in the start-up stage,” said Spurlock. “We're in the early stages of it, but we're presenting to our partners and training that's going to make the whole system better."

The 2019 bill also requires law enforcement to send sexual assault kits for testing within 20 days of collection, but it does not require for the kits to be tested immediately.