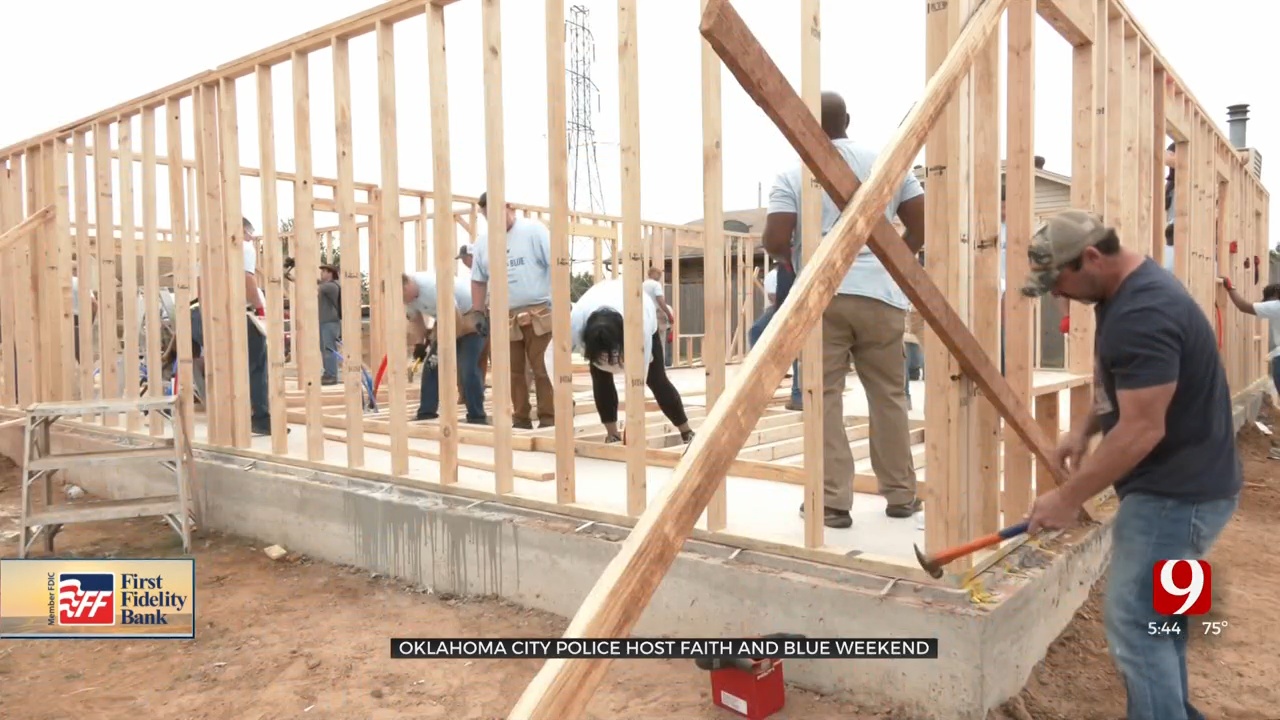 This weekend, Oklahoma City Police officers are hosting their Faith and Blue weekend, a way for officers to serve the community differently.

“This is our third year to be involved in this program, it’s a national program going on across the country,” said Oklahoma City Police Chief Wade Gourly.

The weekend of events gets officers of every rank working together doing things you typically don’t see police officers doing, like building a house with Habitat for Humanity.

“I never thought as a police officer we’d be building houses, yeah we’re going to go in and help, but to go in and build a house from the ground up,” said Lieutenant Gamille Hardin with the Oklahoma City Police Department.

“We are partnering with Cleats for Kids to donate new or gently used sports equipment and athletic shoes for kids who wouldn’t normally be able to participate in sports,” said Captain Michelle Henderson with the Oklahoma City Police Department.

Lieutenant Hardin initiated the Faith and Blue program with OKCPD to show police officers in a different light.

The weekend, intended to help the community, also has an effect on the officers.

“It’s helps me remember why I became a police officer and then what I can do to help the community,” said Lieutenant Hardin.

Oklahoma City Police Chief Wade Gourly says the Faith and Blue weekend came at a needed time for the officers.

“The last week has been a very trying time for us with the loss of Seargent Burke, and so I think they were looking forward to this, to be able to get out and just do something together,” said Chief Gourly.

As the community gets to see the officers in a different light the officers get some much-needed off time together.

“Just come out and hang out and cut up and be fun and just enjoy the day,” said Captain Henderson.

“We always look forward to this weekend and I just really like the community to see us in a different light,” said Chief Gourly.

Over the weekend, officers also hosted a coat drive for homeless children on behalf of Positive Tomorrows School. They also passed out candy at a Better Together event at Brookwood Baptist church for the community to come out and see police equipment.

The weekend will conclude on Monday with a visit to the Regional Food Bank, to pack backpacks for children in need.