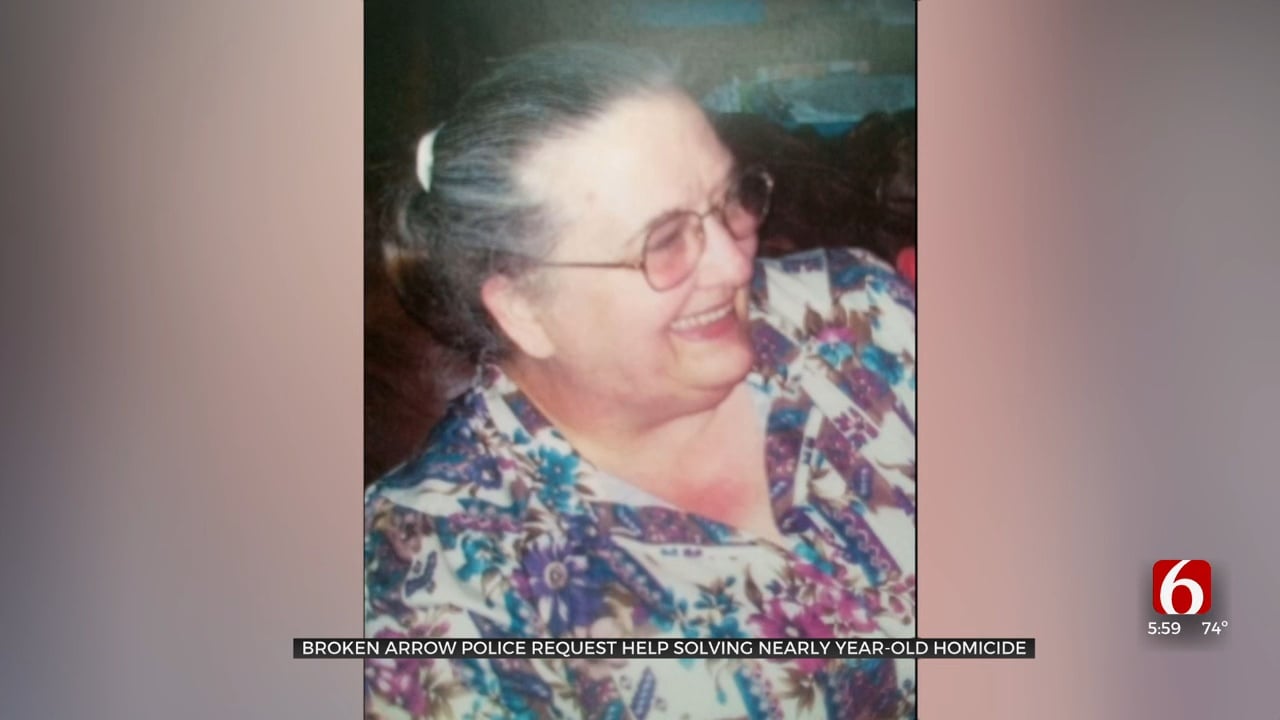 The family of murdered Broken Arrow woman is desperate for anyone to come forward with information on who killed their mom.

It's been almost a year since the murder, but Broken Arrow Police said they still don't know who is responsible.

"I'm struggling to make sense of it, there's no sense to be had, I don't see a motive anywhere," said Leigh Watts, Linda Davenport's daughter.

Broken Arrow police said they got a call to check on 72-year-old Linda Davenport at her house in the 1000 block of S. Aspen Court in November of 2021.

They found an unsecured door, and Linda dead inside the house. A year later, they still don't have any answers on what happened or who is responsible.

"Unfortunately, we need some more help, because there are some more leads that haven't actually panned out and at this time it's unsolved," said Ethan Hutchins with Broken Arrow Police.

Linda's daughter, Leigh Watts, said it keeps her up at night thinking about who would have done this to her mom.

"There was emotion involved there, there is no way somebody did what they did without feeling mad," she said.

She said she needs someone to come forward that will help move the investigation along, and she is desperate for justice.

"I'll give you everything I inherited if you'll tell me who did it, everything, every freaking penny," she said.

If you know anything at all about what happened to Linda Davenport, call Crime Stoppers at 918-596-COPS.