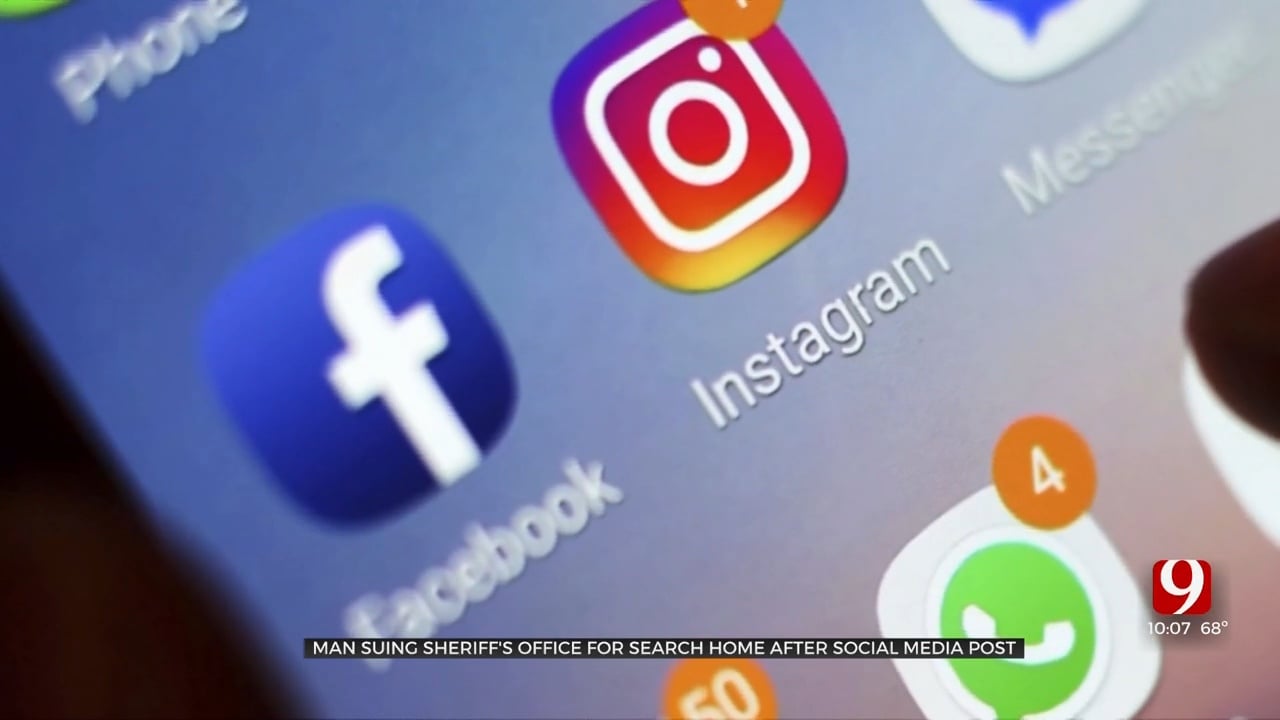 A man living in Oklahoma City, just east of Yukon, said he got an alarming message from a friend in August 2021: Someone had changed his Facebook profile picture to a photo of a sexually compromised minor.

“Somebody had gotten onto my account through a data leak, I'm not sure, but changed my profile picture to child exploitation,” said Brandon Whitman.

Whitman reported the hack to Facebook and to the Oklahoma City Police Department.

“It’s a pretty heinous act,” he said. A week later, his account was restored.

“Facebook cleared my account. (They said,) ‘Yup, you were hacked. You're good and free and clear,’” Whitman said.

About five months later, in January 2022, Whitman was home with his wife and daughter when someone knocked on their front door. He said when his wife opened the door, several deputies promptly entered his home.

A Canadian County judge had approved a search warrant from Whitman’s home for any evidence of child pornography.

“The first thing I did was say, ‘guys I already cleared this with OCPD... are y'all aware of that?’ They said ‘no we don't talk to them,’” Whitman said.

Whitman filed a lawsuit against the sheriff’s office on Monday, accusing the office and the county government of “negligent infliction of emotional distress” and “negligence.” His attorney said they are seeking $175,000 in damages.

The Canadian County Sheriff’s Office told News 9 it does not comment on pending litigation.

Whitman said the department seized several computers and other devices, including a computer from his employer. He said the incident impacted his ability to do his job and left him feeling significantly distressed.

“The past year has been a constant struggle. I've had health issues I’ve never had before. Sleep is still an issue,” Whitman said. “The whole situation just felt wrong.”