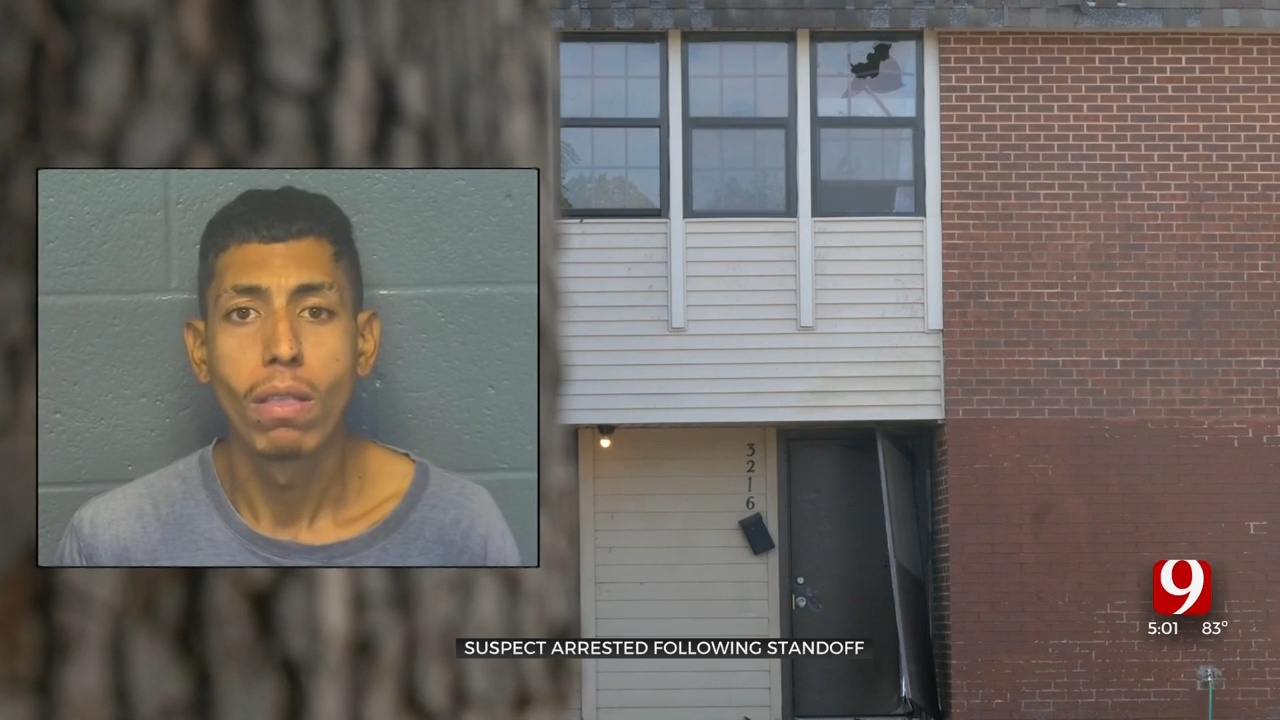 An hourslong hostage standoff ended with a suspect in custody.

Oklahoma City police said it started as a welfare check at an apartment in southwest Oklahoma City.

Valeria Salas, who lives nearby, said she heard loud pops.

"By the time I came out and seen (sic) outside, there was already yellow tape outside," Salas said.

Salas said she came out to her block flooded with armed police. Those officers surrounded one apartment and called for Jorge Tello to come out peacefully.

"It was a terrifying moment, especially when I heard the whole explosion and the shooting," Salas said.

The sounds that echoed down Southwest 17th Street were flash bangs, which is one of several ways police tried to get Tello to come outside of his apartment.

The situation progressed to that point after police said someone called to report Tello threatened to rape and kill a teen. Two more people, including Tello's roommate Jared Aul, were also inside.

"He was hollering and screaming,” Aul said. “Didn't know what for and, next thing I know, he comes barging in my door, says, ‘You better give me my money or I'll kill you.’”

Police were already outside and called Aul.

Aul went downstairs and was met with blows from Tello, he said. Aul then clocked a couch that blocked his escape and made a run for it.

"I pulled real hard with all the strength I have, just yank it off,” Aul said. “That's when he started punching, punching, punching. Nonstop. My arm and my back. Several heavy hits and he says, ‘Don't go. There's (sic) cops. They're trying to kill me, and probably will kill you.’”

Aul made it out and was taken to a hospital. Tello eventually gave himself up.

"I was shaken up,” Aul said. “I was breathing heavily. I was torn, crying, ripped and pained.”

Police arrested Tello on a number of complaints.