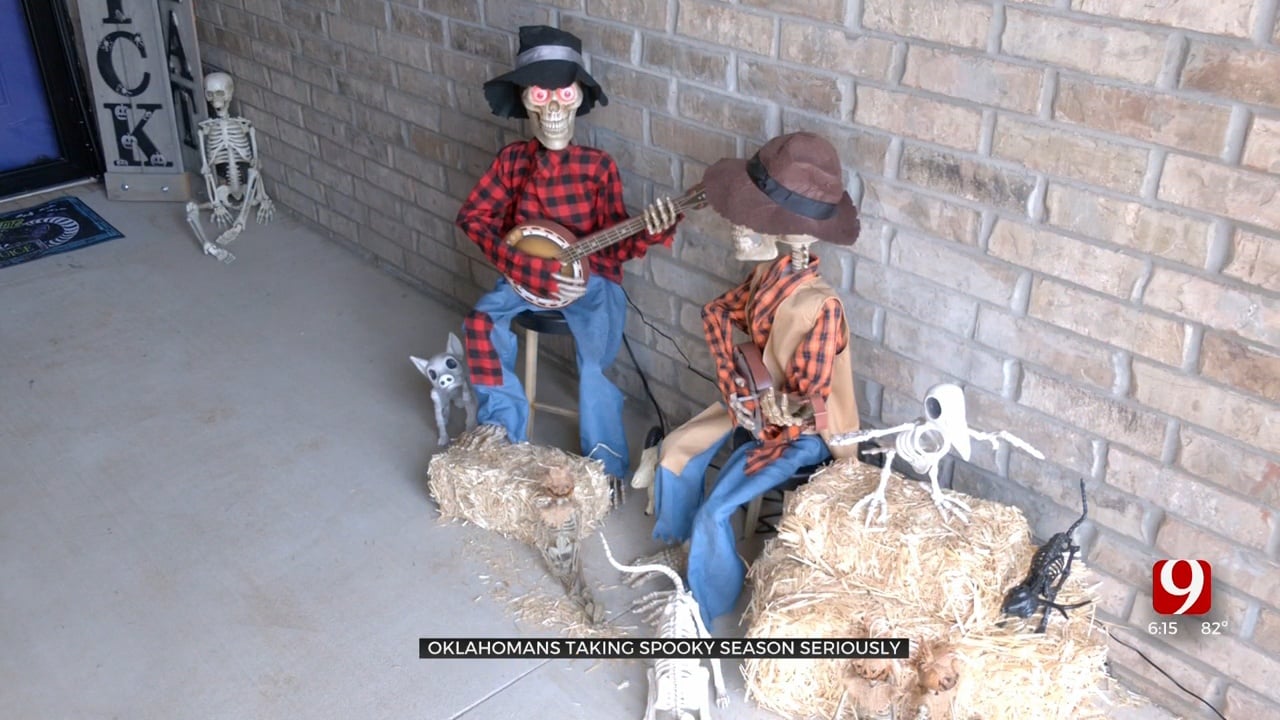 We’re only a few days into October, but people across the metro are getting their Halloween decorations ready!

One of the hottest commodities around OKC, a 12-foot-tall skeleton that’s sold out in most stores.

We spoke to the North family, who grabbed one of the last skeletons in the metro.

The North's decorations range from skeletons battling on the banjo, to their 12-foot-skeleton sitting in the roof.

“We love Halloween,” said Tyle North. “This is our big holiday.”

“It's a lot of fun to be known as ‘that house in the neighborhood,’" said North.

North said they started decorating their yard for Halloween when they moved into their OKC home 5 years ago.

“Just something fun to do to celebrate Halloween all month.”

It started with just a few skeletons and has grown into so much more. They have dozens of skeletons, a full graveyard, animatronic ghouls, and lights across the yard.

They were hoping to get the giant skeleton this year but weren't sure they would find one in stock. Tyle's wife said she found some at an Edmond store, and Tyle got the last one in stock.

“We got really fortunate, we got the 12-foot-skeleton and they're really hard to find, so I knew I couldn't just stand him up in the yard," said North.

He said it takes weeks to put all of the decorations up in the yard.

One of their original decorations has gone viral on social media. "Mr. Bones" has multiple social platforms and has most recently become a viral Tik Tok sensation. Mr. Bones sits on the North's porch holding a ukulele.

“Mr. Bones is actually the small skeleton that lives with us, so he's been on social media for a few years now," said North.

And this year, the giant skeleton has been featured on Mr. Bones' social media accounts, getting lots of attention. North says after all of the work and excitement putting up the decorations, he isn't looking forward to parting ways after the holiday is over.

“If it were up to me the big guy would probably stay up quite a while, I've had a lot of folks online say you've got to keep him up and dress him up for Christmas and stuff," said North.

While it may not stay up long enough for a Santa hat or stocking, this is a house trick-or-treater won’t want to miss this year.