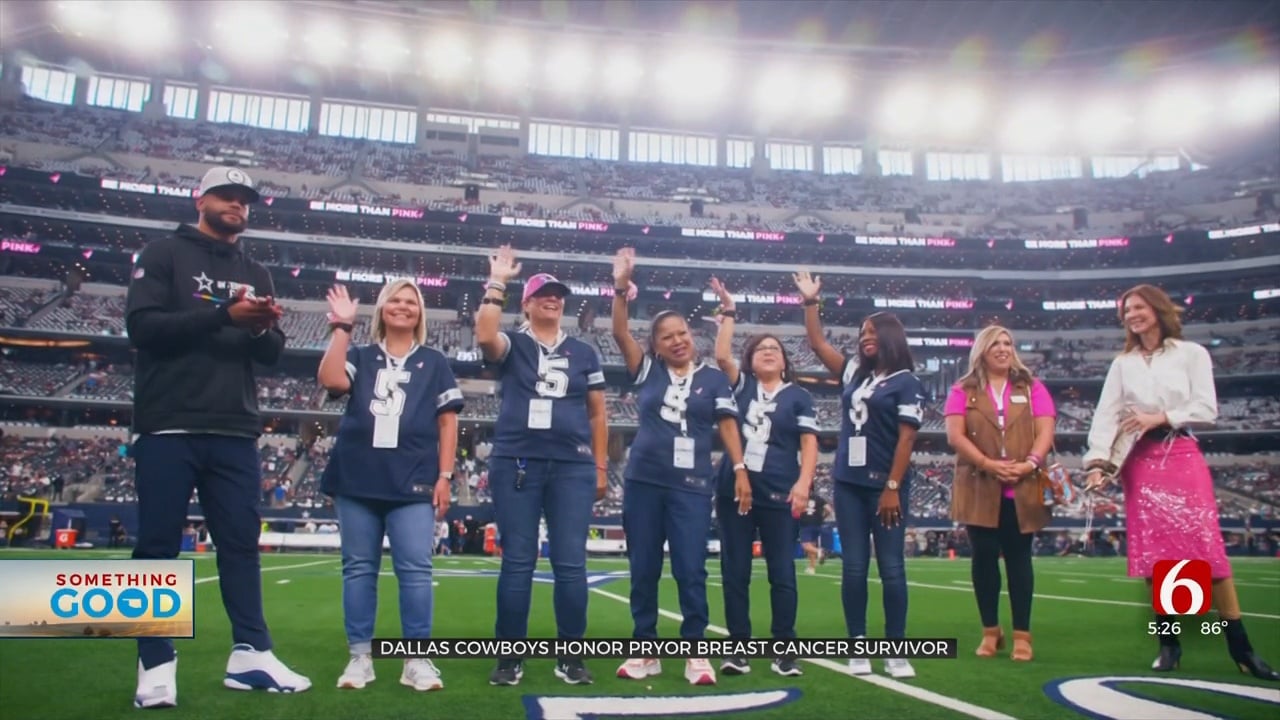 A Pryor woman was one of five women honored by the Dallas Cowboys last Sunday for being a breast cancer survivor.

She said she was star-struck when the Cowboys quarterback, Dak Prescott, presented her with a corsage and a hug.

But, on October 2, the Dallas Cowboys were cheering for Kim.

"You get to go down for a day of pampering and surprises and you get to go to the game to be recognized and honored," she said.

Kim was chosen to be one of the Cowboys' Star Survivors. It's a partnership between the team and Susan G. Komen. They pick five survivors of breast cancer each year to be honored by the team.

"I was completely caught off guard, but it was very exciting because we are such big Dallas Cowboys fans," she said.

Kim was diagnosed with breast cancer in 2007 when she was 27. She said she had surgery and treatments and had been doing well.

She was diagnosed with Ovarian cancer in 2020, and is now in a maintenance phase, still doing some treatments.

Kim said the weekend was full of excitement, but it's sharing the moments with other survivors that meant the most to her.

"We had a lot of surprises and a lot of neat experiences, but just being with other women who have traveled this road and gone through this journey, was really nice," she said.

She said being recognized was an honor, and she's thankful the team takes time to bring awareness to such an important issue like breast cancer.

"I'm a bigger fan today than I was last week for sure," she said.