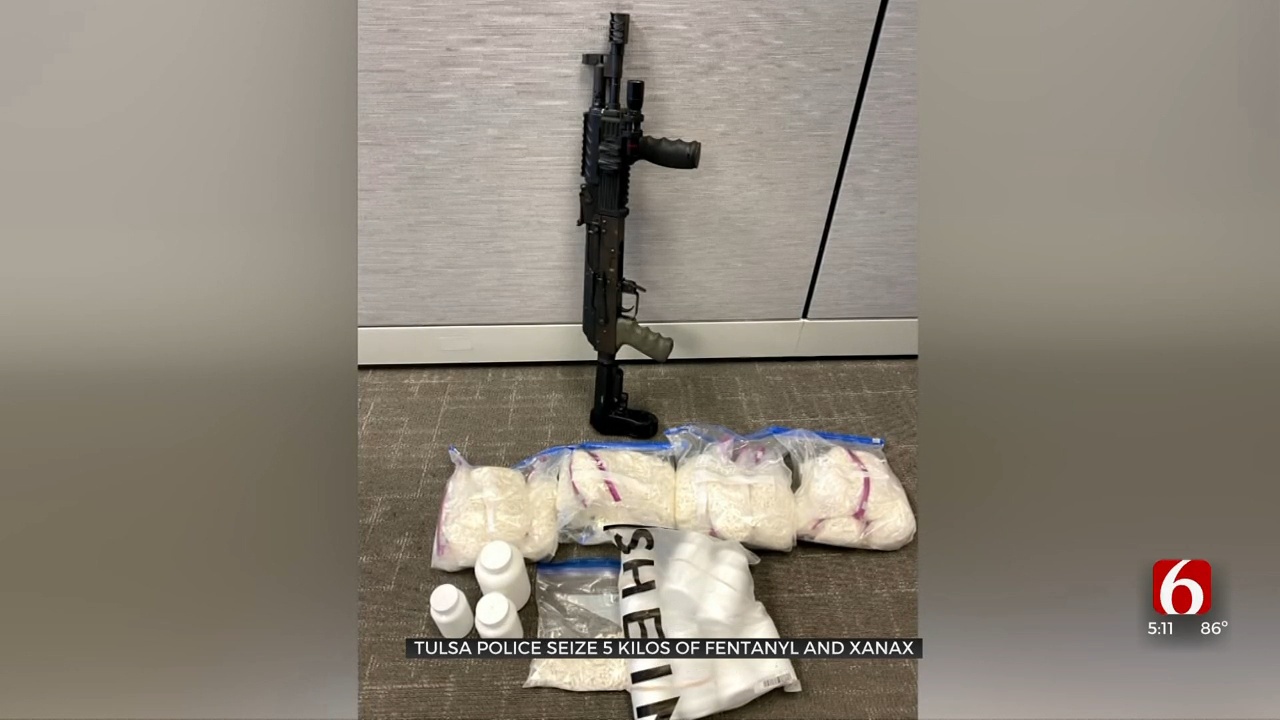 Tulsa Police recently seized five kilos of Fentanyl and Xanax pills. Investigators said even though this is a huge bust, it's barely a dent in all the deadly pills still out there.

Police said the amount of Xanax and Fentanyl seized is estimated to be 30,000 to 40,000 doses. Officers said Fentanyl is a growing problem and there's more work to be done.

Police said they seized several bags full of illegal pills, along with a rifle during a recent search warrant.

They said taking five kilos off the street is a big win, but there's a lot more still out on the streets.

The Oklahoma Bureau of Narcotics says the number of people dying from overdoses has gone up drastically in recent years and much of it is because of Fentanyl.

The DEA said one kilo of fentanyl has the potential to kill 500,000 people. As little as two milligrams can kill you, which is why they want people to know just one pill can kill.

"At first it was something small that we didn't really know a whole lot about, and of course, now we know everything about it and how dangerous it is," Bean said. "It's just becoming more and more normal to see."

Bean said he hopes people will understand how dangerous drugs on the street can be.

"Any minor encounter with it can kill you," Bean said. "We see it a lot not just locally, but nationally."

Investigators said the investigation is still ongoing and cannot speak about the suspect or where the seize happened at this time.