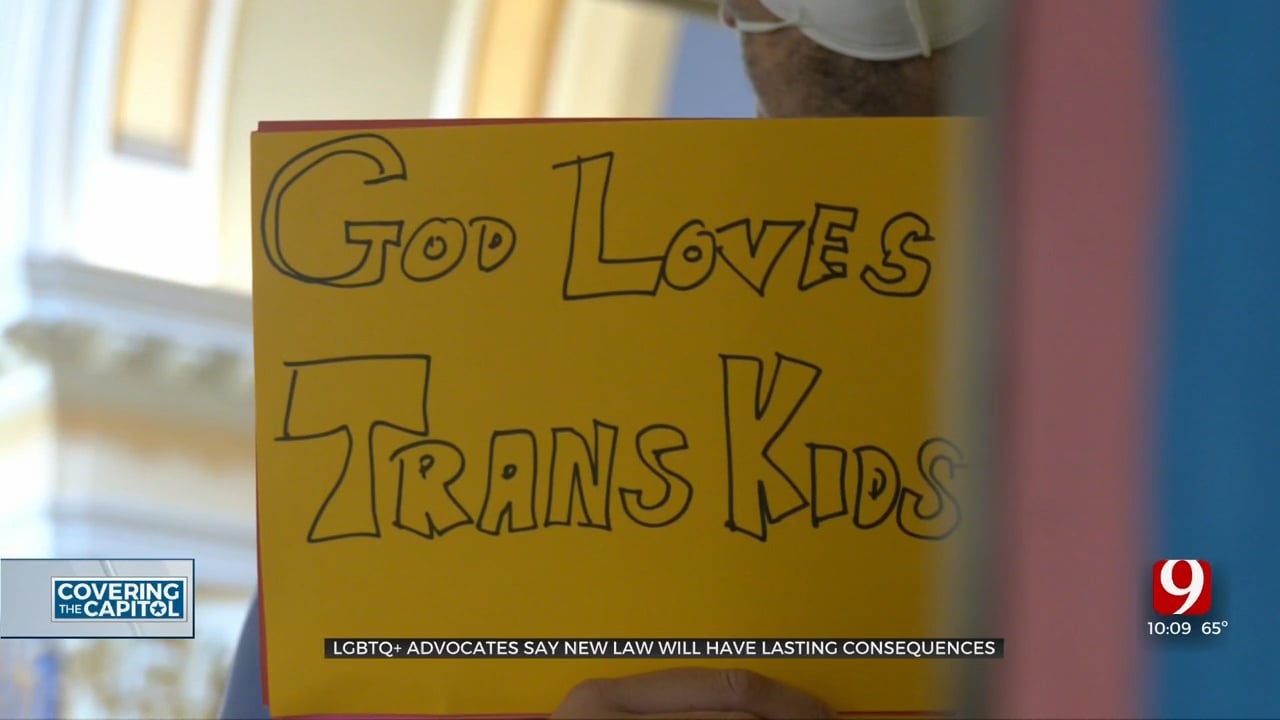 Critics of the Governor said it could cause irreparable damage.

Both told News 9 this will not only have a detrimental impact on mental health for trans youth in our state but it’s also not helping when it comes to recruiting and retaining medical professionals in Oklahoma.

“Oklahoma already has a crisis when it comes to keeping and recruiting medical providers. When these bills target and threaten these medical providers, especially those that criminalize them for providing best-practice medical care, we are making it even harder for the state and for all our medical facilities to bring in the kind of talent that we need,” said Nicole McAfee the Executive Director of Freedom Oklahoma.

In a statement Governor Stitt said, “By signing this bill today we are taking the first step to protect children from permanent gender transition surgeries and therapies.”

“The big thing is the damage is done when we talk about it and when we write it into law that creates a space where our youth feel like we are writing them out of the future of Oklahoma,” said Rep. Turner.

“When we say this is life-saving care that is not a figure of speech. It is quite literally saving the lives of transgender people in Oklahoma,” said McAfee.

“Puberty blockers, something that really just delays puberty so kids can figure out some of those internal struggles that they are having so that their body does not betray them by morphing into something else than who they are,” they said.

As Governor Stitt calls on the legislature to ban all gender affirming care in the state, Representative Turner said they are looking into round table discussions and resources for those impacted by the legislation.

There is also a list of mental health resources for transgender folks in our state. Those that are struggling can reach out to:

“We’ve got those resources in place for you and all you have to do is reach out. We are here and reaching back,” said Rep. Turner.